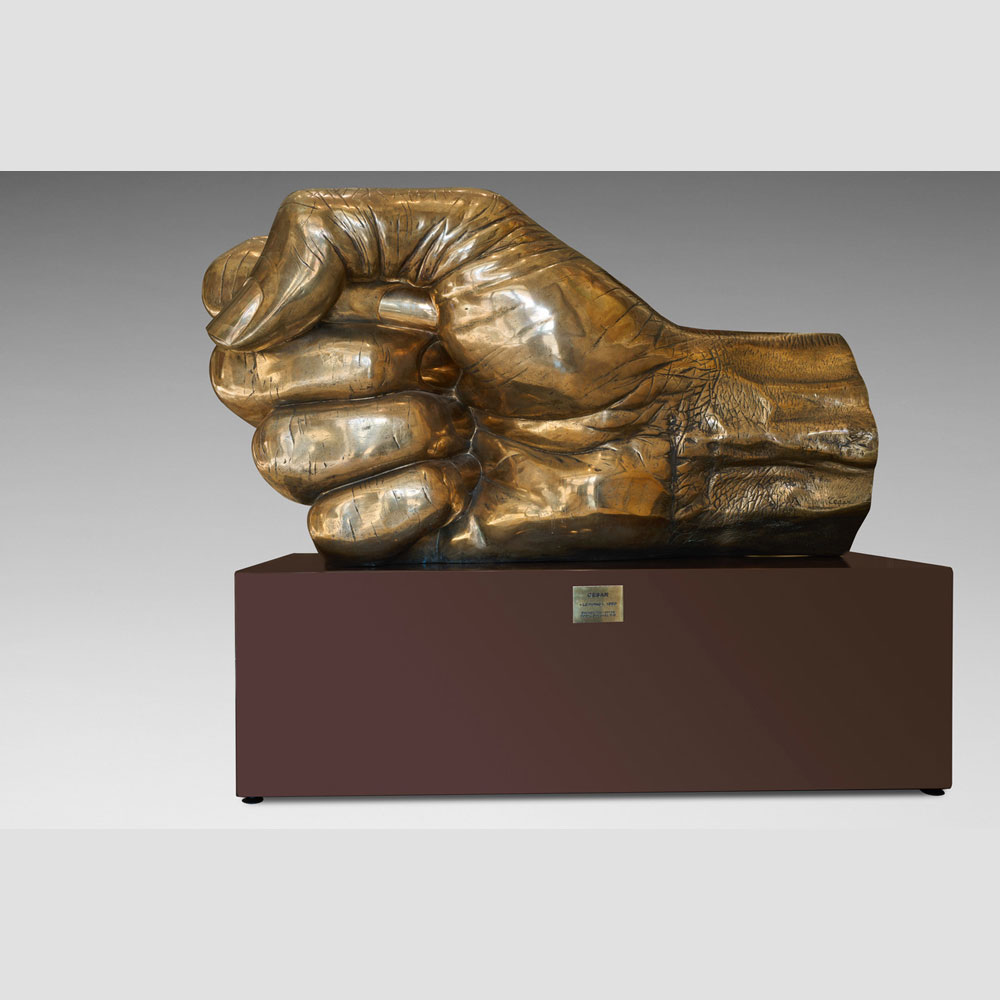 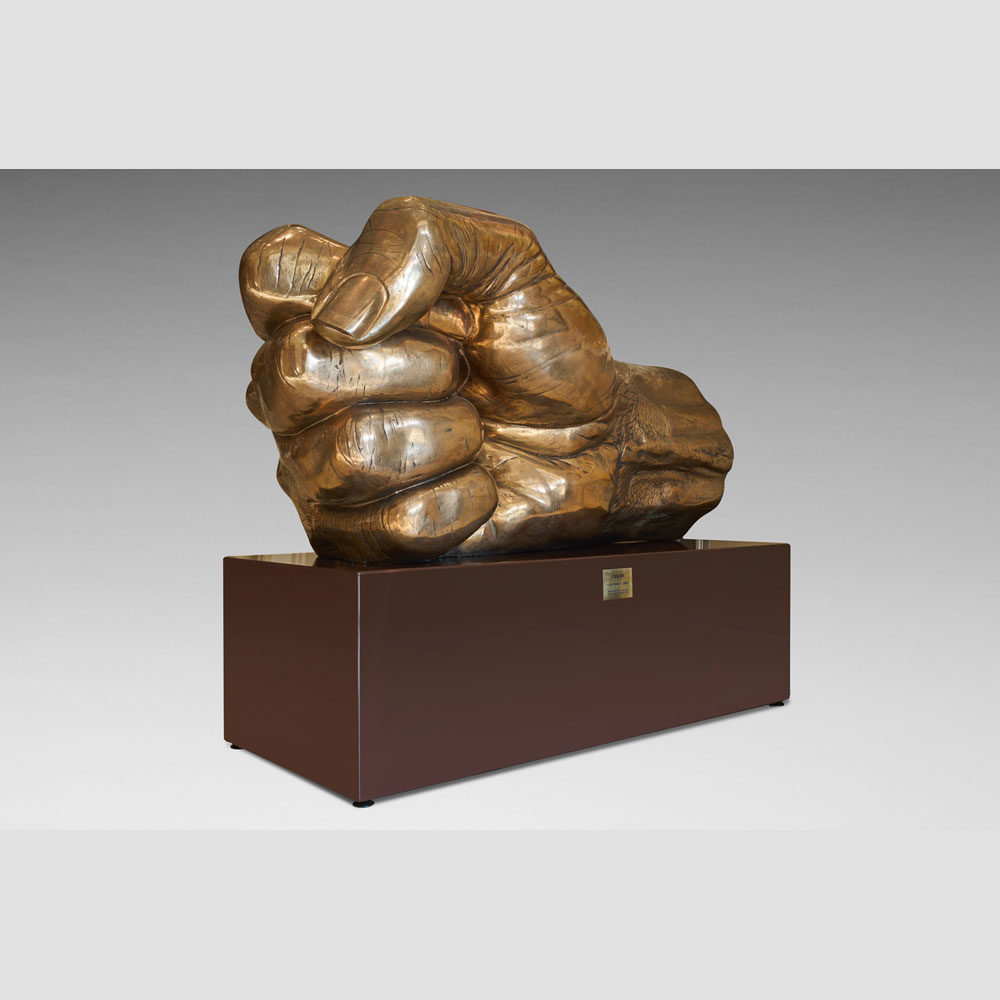 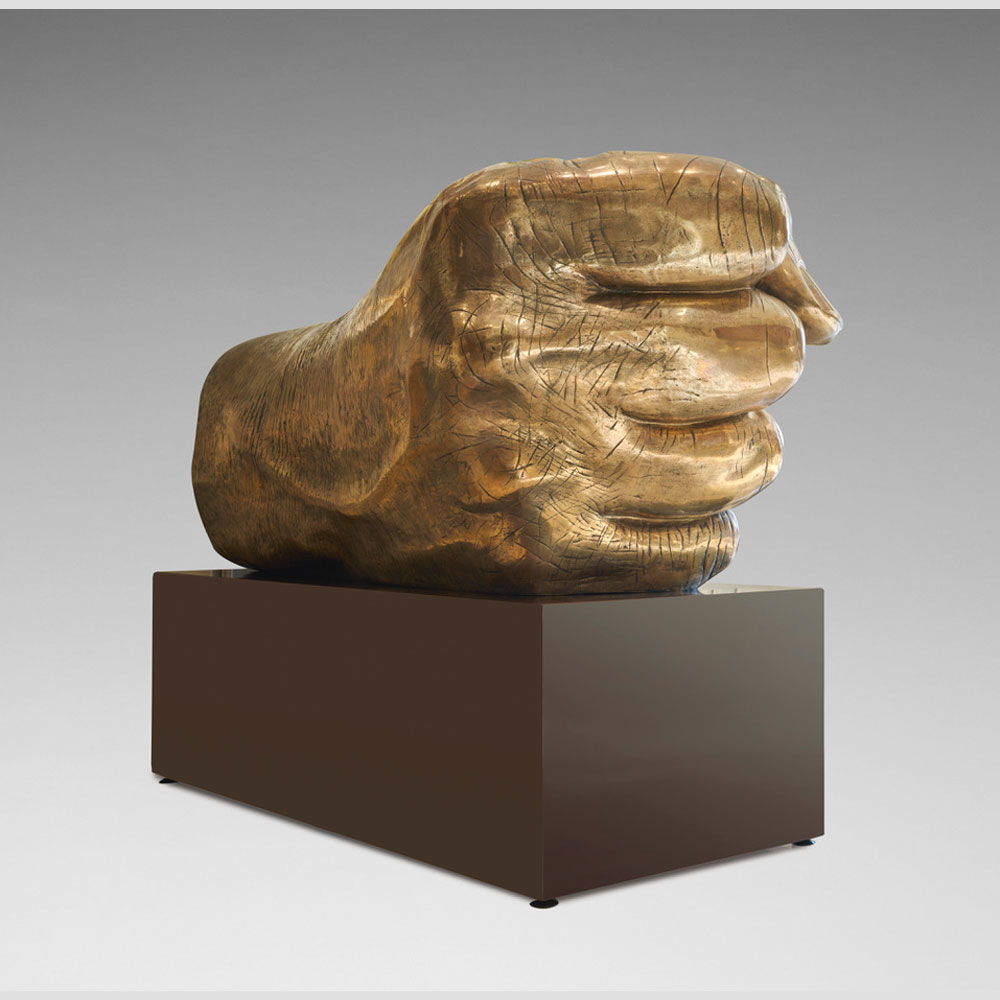 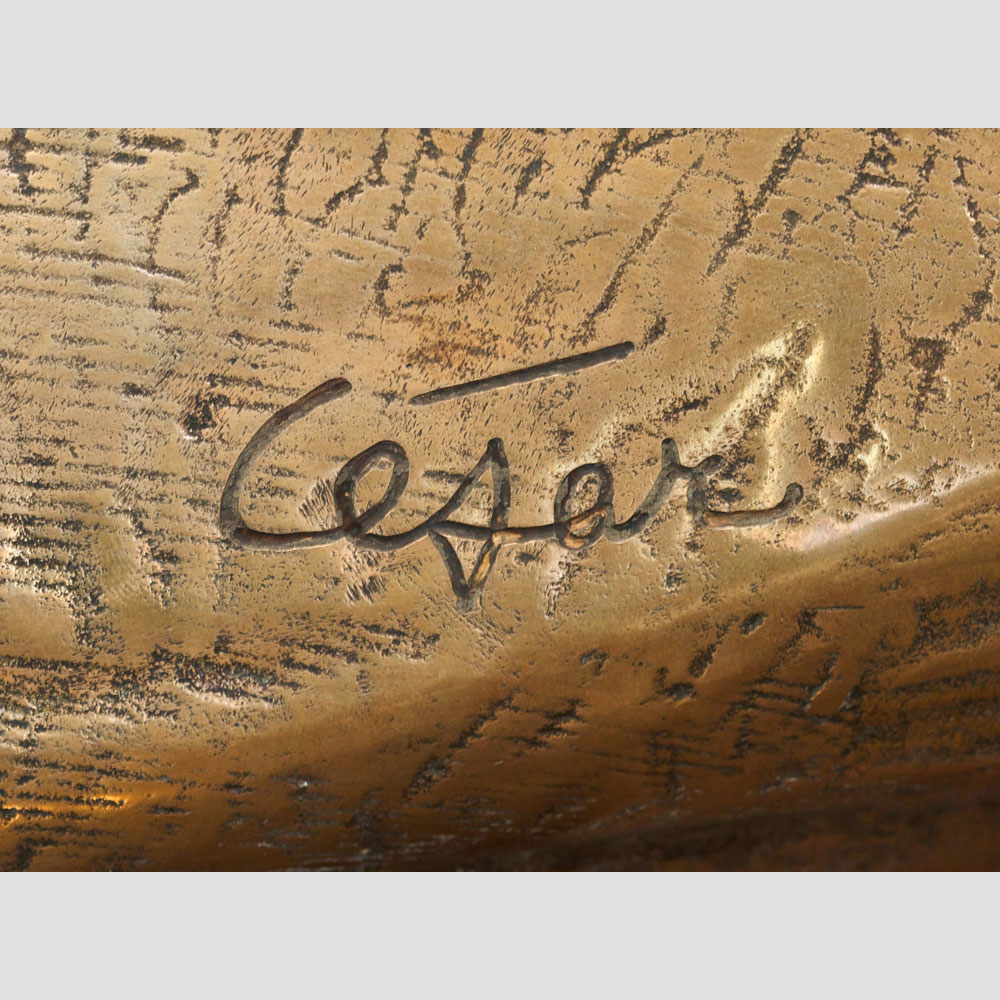 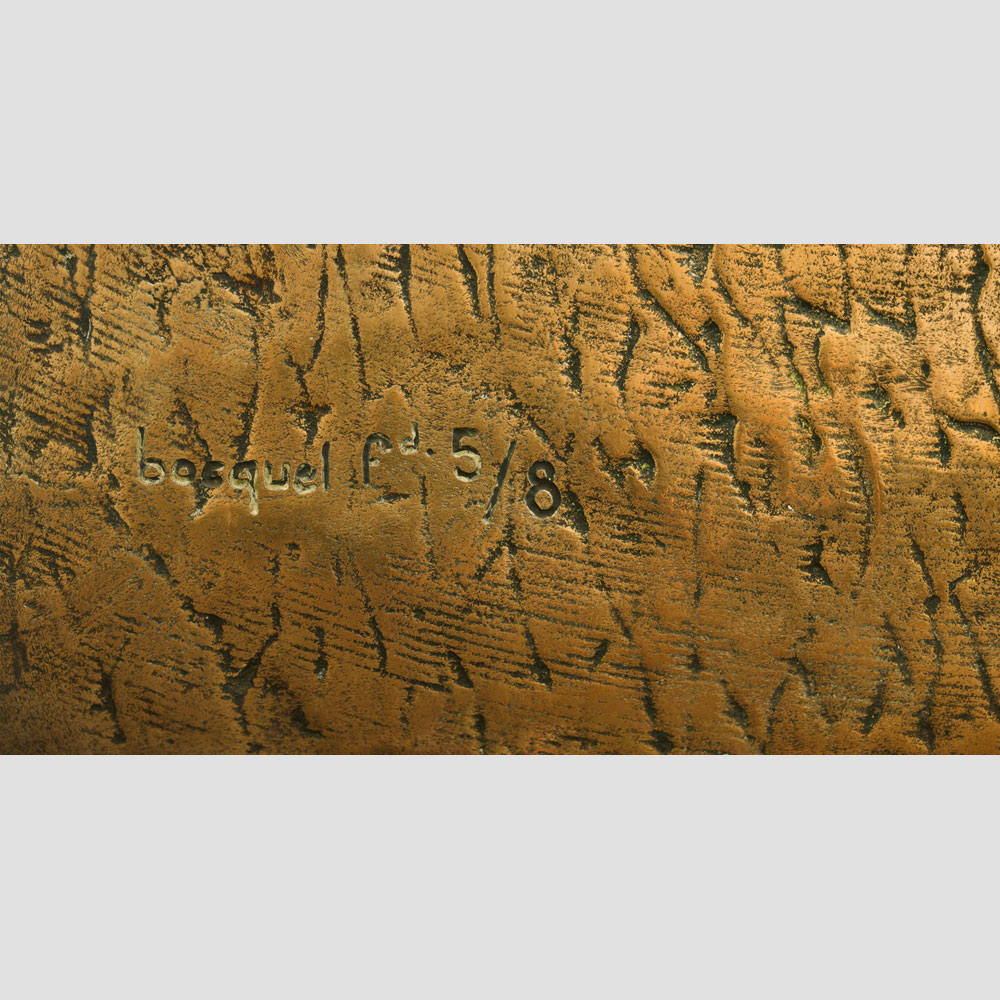 French sculptor César Baldaccini became known for his solid, welded sculptures of creatures and compressions of old vehicles and other junk material into tight packages. First influenced by the metal sculptures of Brancusi, Picasso, and Giacometti, César became associated with the 1960s Paris-based Nouveau Réalisme movement, a response to Pop Art that involved artists like Jean Tinguely and Yves Klein. Along with other Nouveau Réalistes, he reworked common objects and recycled urban detritus in order to challenge the values of mass production. César later used molten plastic and crystal, pouring the viscous liquids into figural molds so that they would solidify into what he called “expansions.” His 40-foot bronze thumb Le Pouce (1965) still stands in Paris’s La Défense district, while he also designed the trophy for the Césars, the French equivalent of the Oscars.