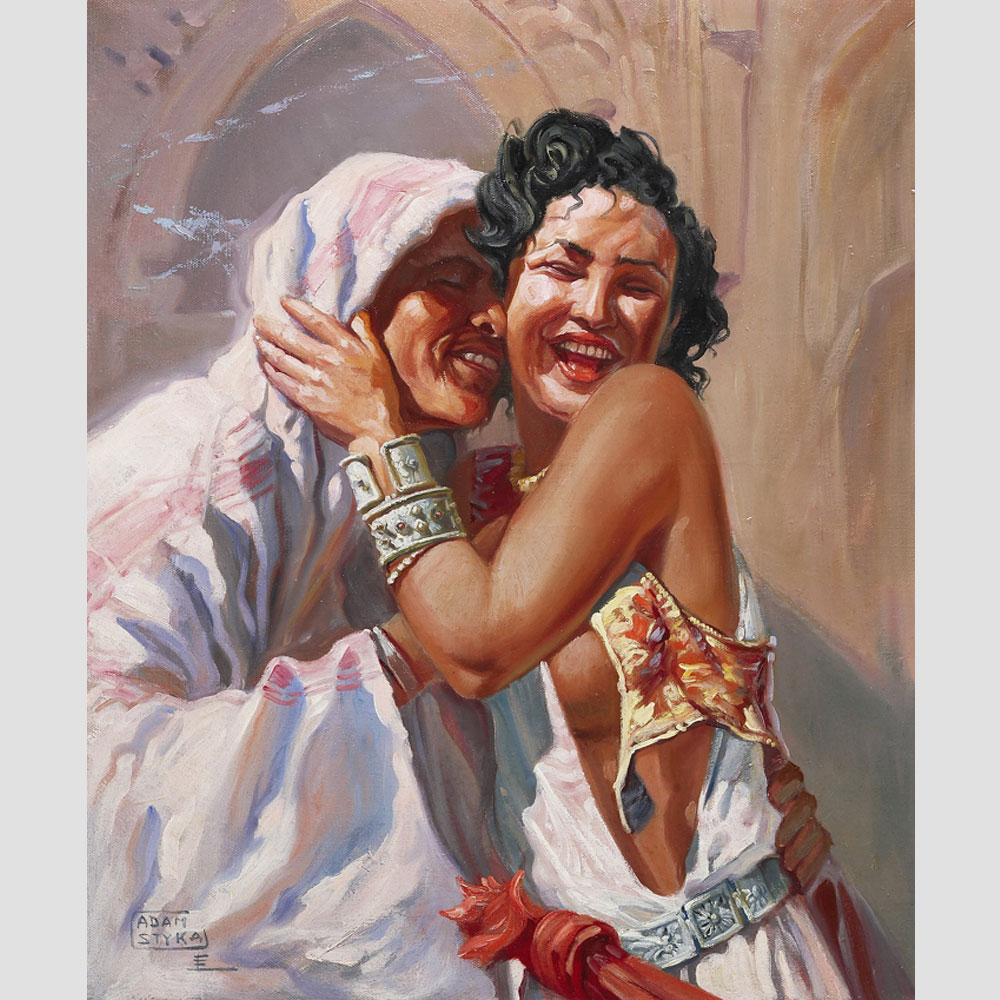 Adam Styka was born in Poland in 1890. He completed his formal education at the French Academy of Fine Arts, Academie de Beau Arts, and painted closely under the tutelage of his father, Jan Styka. Each year Adam exhibited his paintings in the Paris’ most prestigious galleries such as Salon de Paris, Champs Des Elysses and others in Europe and countries of both Americas, where he constantly was awarded highest accolades. After graduating from the French Military Academy in Fontainebleau, Adam served in the French artillery during the World War I. He was decorated with a Cross of Merit. Also as a reward, he was granted the French “Nationality Citizenship” and a special assistance from the French Government to visit French colonies in Northern Africa. As the result of these annual journeys, Adam developed an entire genre of Middle-Eastern and Oriental themes. His exquisite ability of captivating and conveying to his paintings faithfully the vibrating strong colors full of contrast of the hot Sahara Desert of Northern Africa, colors harmoniously blended together, made him a master without compare and earned him the appellation, “The Master of Sunlight”. Adam’s Western paintings of the American Wild West were regarded by art critics such as Dick Owens, as the best Western paintings whenever painted by any artist. Later years of his life he spent on creating religious painting such as “The Assumption of Virgin Mary” and “The Ascension of Jesus”; all of them are located in the churches of Europe and the United States. Adam Styka passed away on 23rd of September 1959 and is buried in the Alley of the Merit in the cemetery if the “New Czestochowa” of the Pauline Fathers in Doylestown, Pennsylvania.