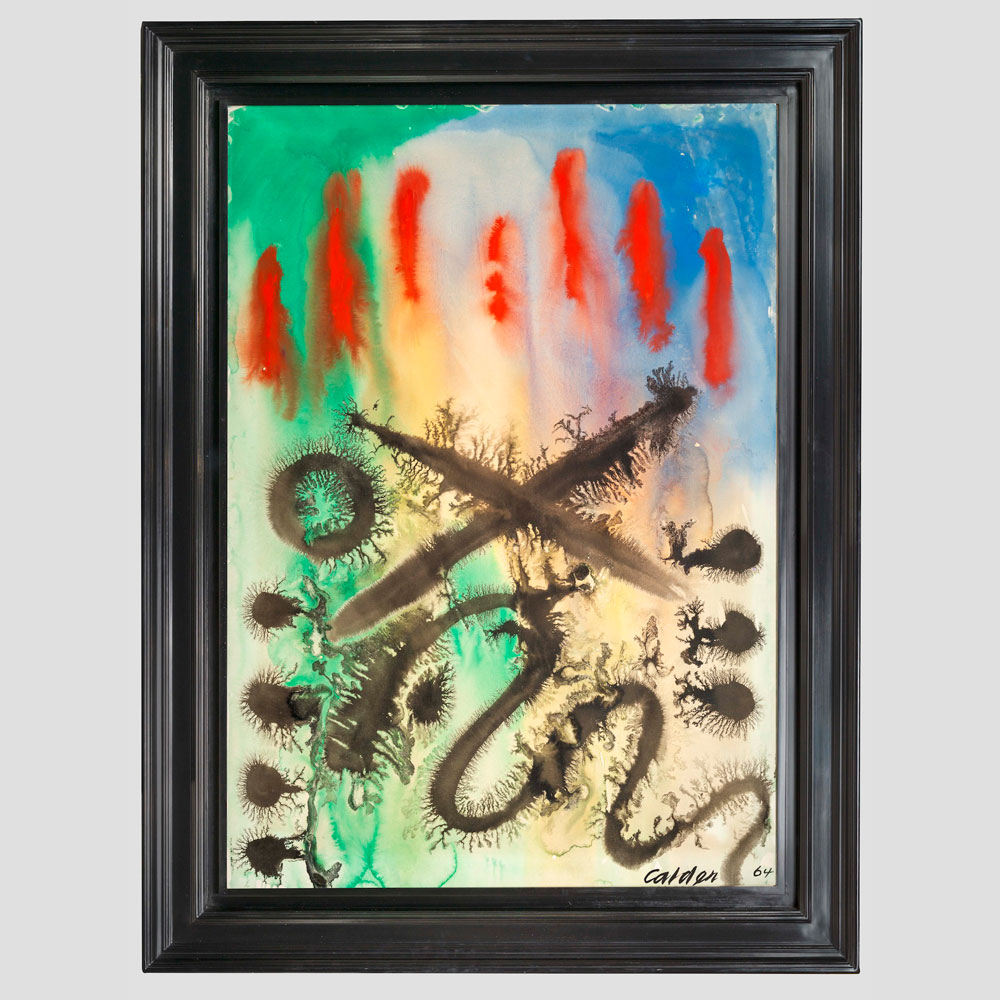 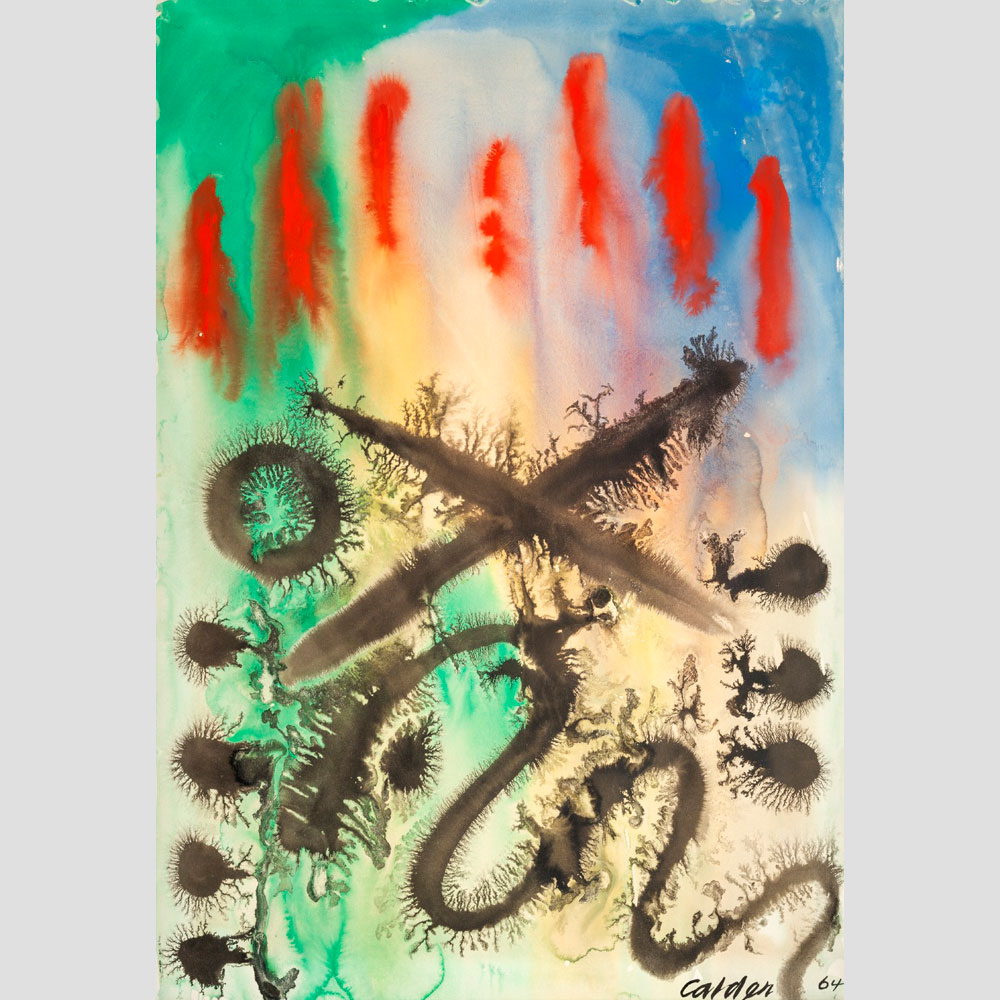 Alexander Calder, a major sculptor of the abstract movement, was born in 1898 in Lawton, Pennsylvania and passed away in 1976 in New York. As a child, he liked to build things with his hands and went on to study mechanical engineering. His engineering background later gave him the knowledge to develop the mechanisms of his sculptures. In 1923, he decided to devote himself fully to his art and went to New York to pursue his fine art studies. His first freehand drawings depicting athletes, acrobats and street scenes, already announce his sculptural style. He drew the animals at the zoo and began to take an interest in movement and the possibility to integrate it into work. In 1929, he moved to Paris and got to meet some of the most important artists of the time such as Man Ray, Marcel Duchamp or Joan Miró. When seeing Piet Mondrian’s coloured squares for the first time in 1930, a veritable revelation for him, he started to imagine them floating in space ; movement later became the main “material” of his work. He started creating geometric abstract works, producing moving wire sculptures, or “mobiles” as Marcel Duchamp called them. They break completely with the dense and imposing sculptures of the time, as his works are marked by lightness. This is the beginning of kinetic art, even if for Alexander Calder the goal is not so much movement, but the search for balance, symmetry, silence, lightness, subtlety… From 1933 onwards, Alexander Calder’s works get critical and public acclaim, in particular the painting “La Fontaine de Mercure” shown at the Universal Exhibition in 1937. In 1952, he received the Grand Prize at the Venice Biennale, in 1964 the Guggenheim dedicated him a major retrospective. His influence still resonates today ; in 2016, the Tate Modern held a major retrospective on the mythical sculptor.