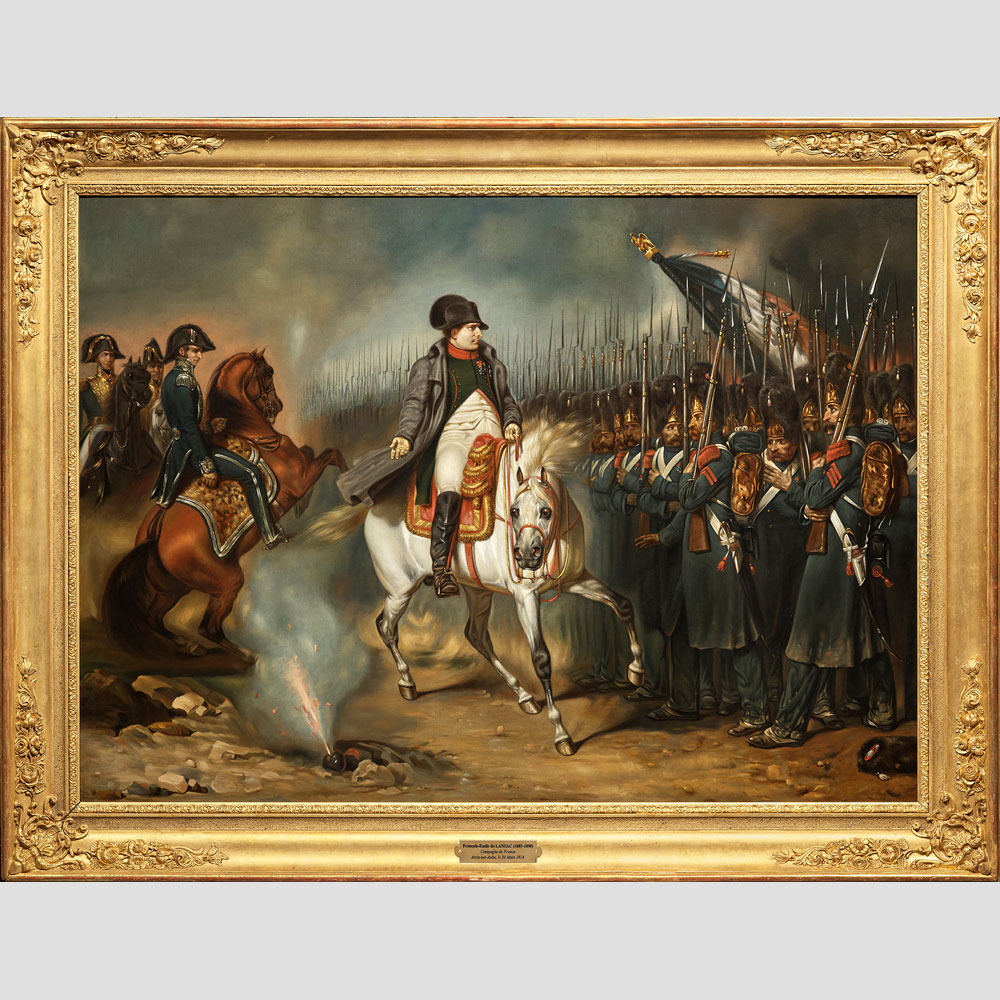 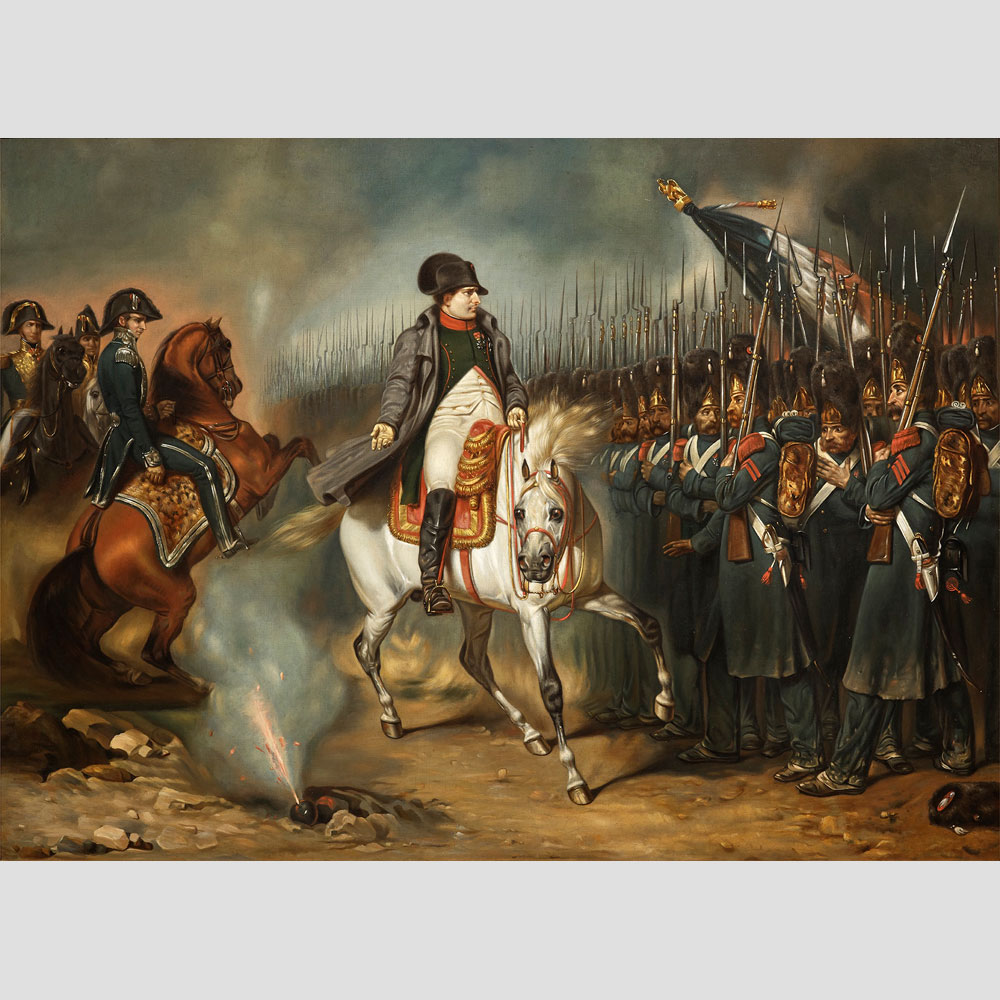 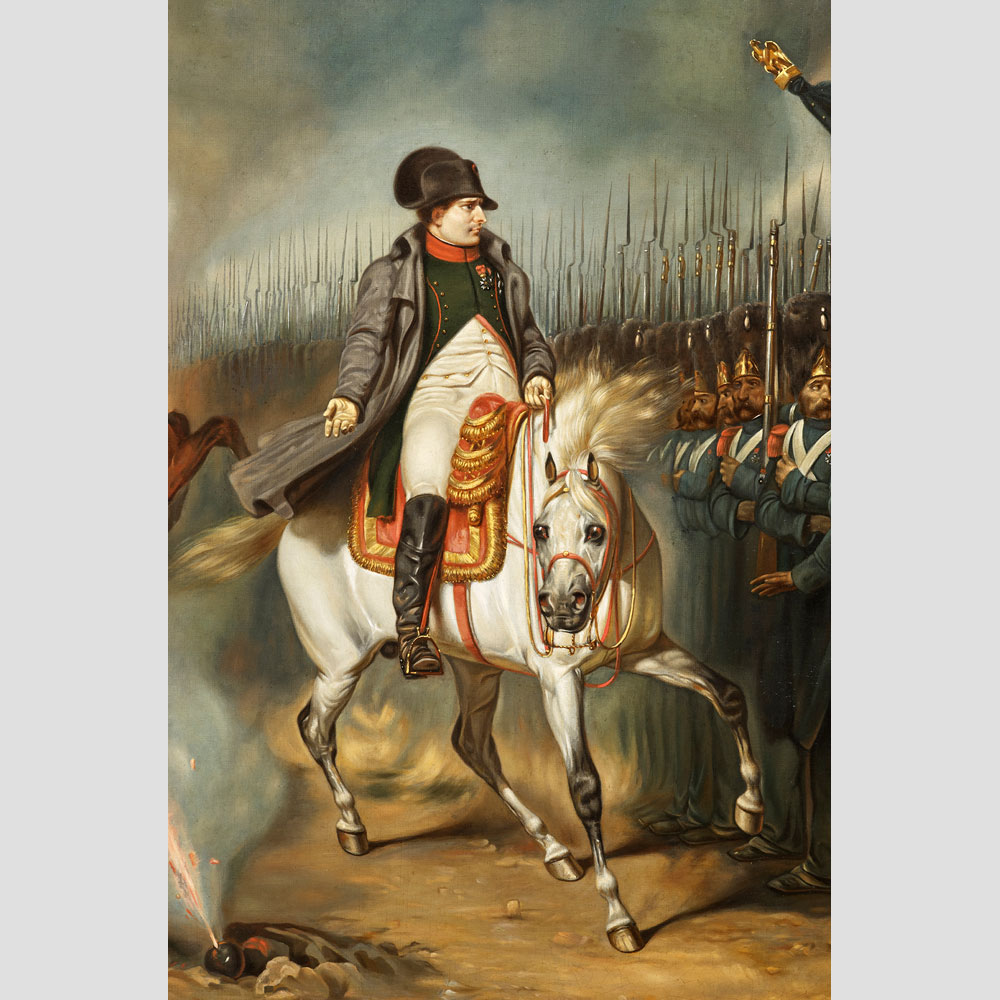 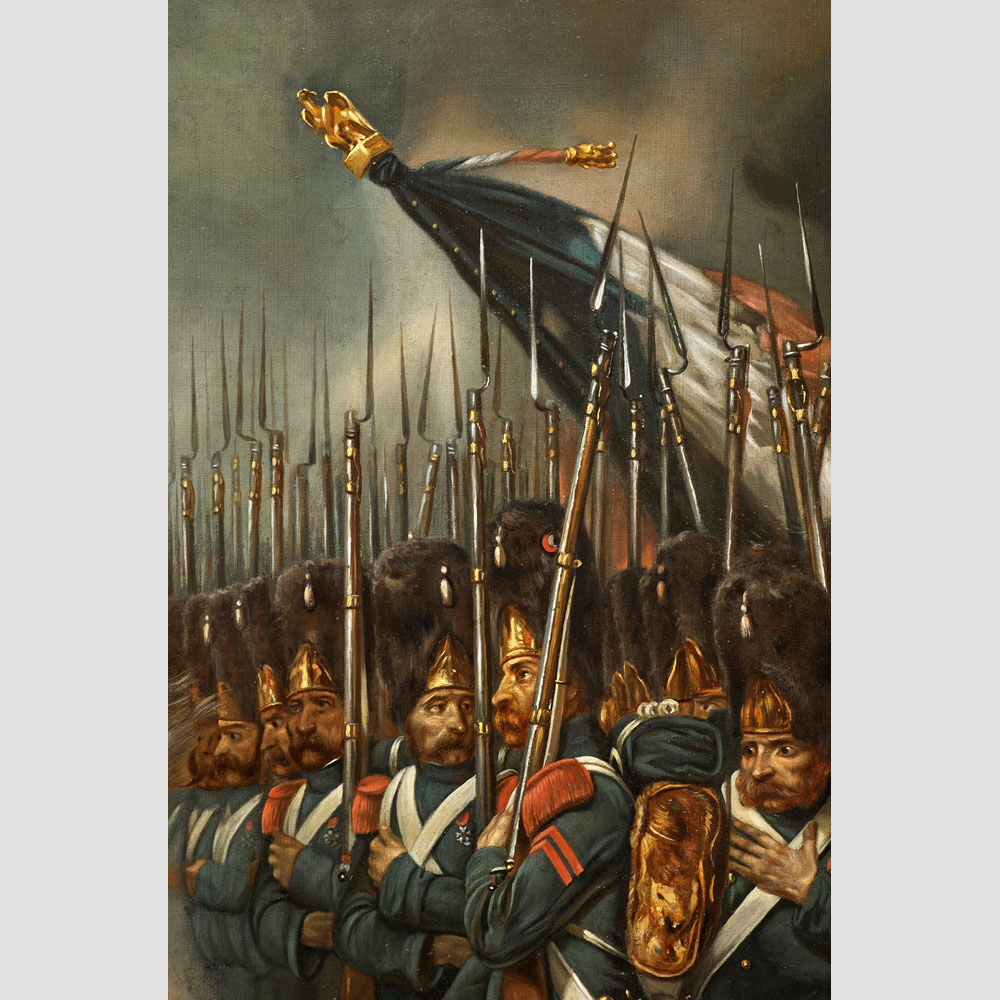 Lansac was descended of a family from Béarn, son of Arnaud de Lansac and Charlotte Émilie Coutures. He was born in Tulle (Corrèze), where his father, an Inspector General of the Treasury, was passing through with his spouse on an inspection. A pupil of Jean-Charles Langlois, a great admirer of Théodore Géricault, Lansac spent several years at the stud farm in Tarbes, studying horses. Back in Paris he collaborated with Ary Scheffer, became his pupil and contributed his talents to many of Scheffer’s paintings. On leaving the Scheffer workshop, Lansac specialized in portraits, military scenes and historical subjects. He participated regularly at the Salon des artistes français from 1827 until 1878, was awarded a third-class medal in 1836 and a second class medal in 1838. He was soon placed out of competition. Among his close friends were the contemporary artists Ary Scheffer, Alexandre-Gabriel Decamps, Thomas Couture, Constant Troyon, Henry Scheffer and Alfred de Dreux.Lansac’s former residence, located on 37 Avenue Montaigne, in the 8th arrondissement of Paris.He died in Paris in 1890.