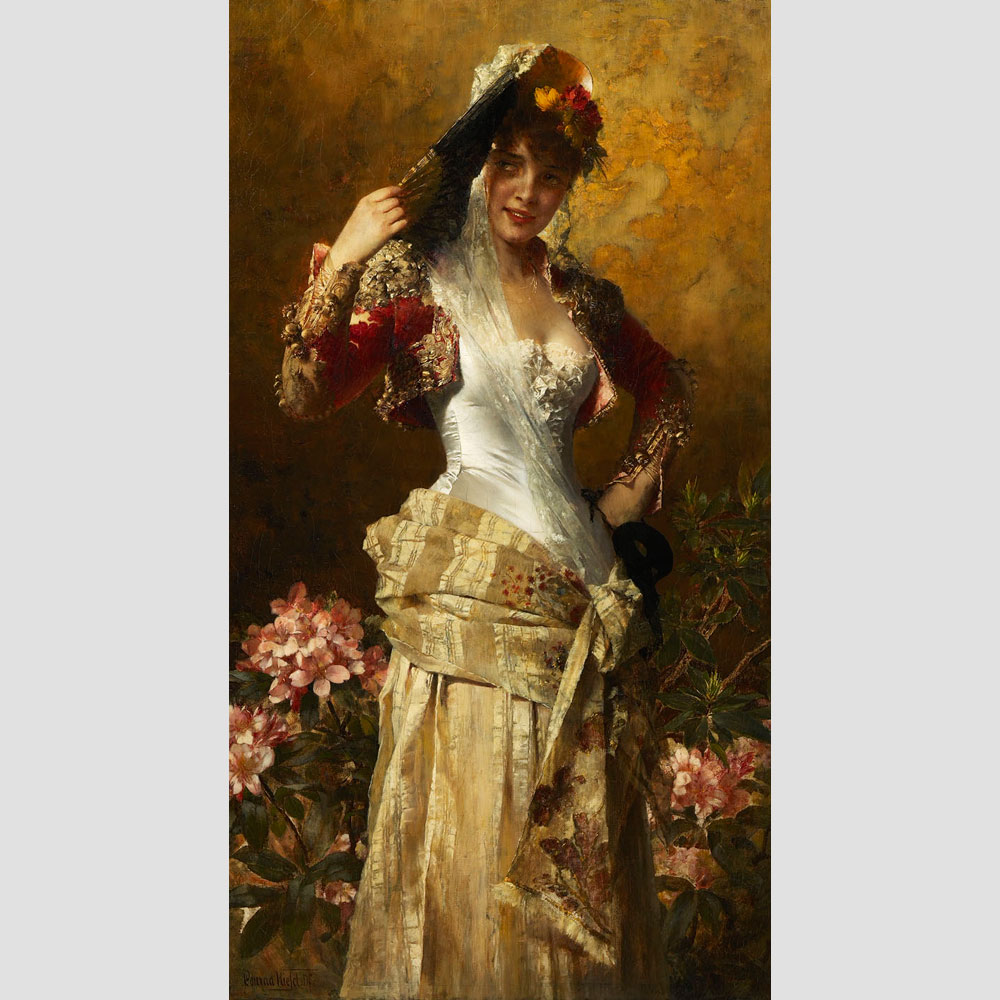 Originally trained as an architect, Conrad Kiesel then went on to be a sculptor in Germany. Following a visit to Holland, Kiesel returned to Berlin to study painting and then moved home to Duesseldorf. Under the tutelage of Wilhelm Sohn, Kiesel acquired his exquisite sense and technique for depicting fabrics and colors. In 1885 he settled in Berlin as a portraitist and genre painter while at the same time maintaining his reputation as a sculptor. He attracted paintings commissions from Emperor Wilhelm II and obtained an honorable professorship of the Berlin Academy of Arts. Throughout his life, Kiesel submitted works at the annual Great Art Exhibition in Berlin and the Glass Palace Exhibitions in Munich. In 1900 he received an honorable mention at the World Exhibition in Paris.