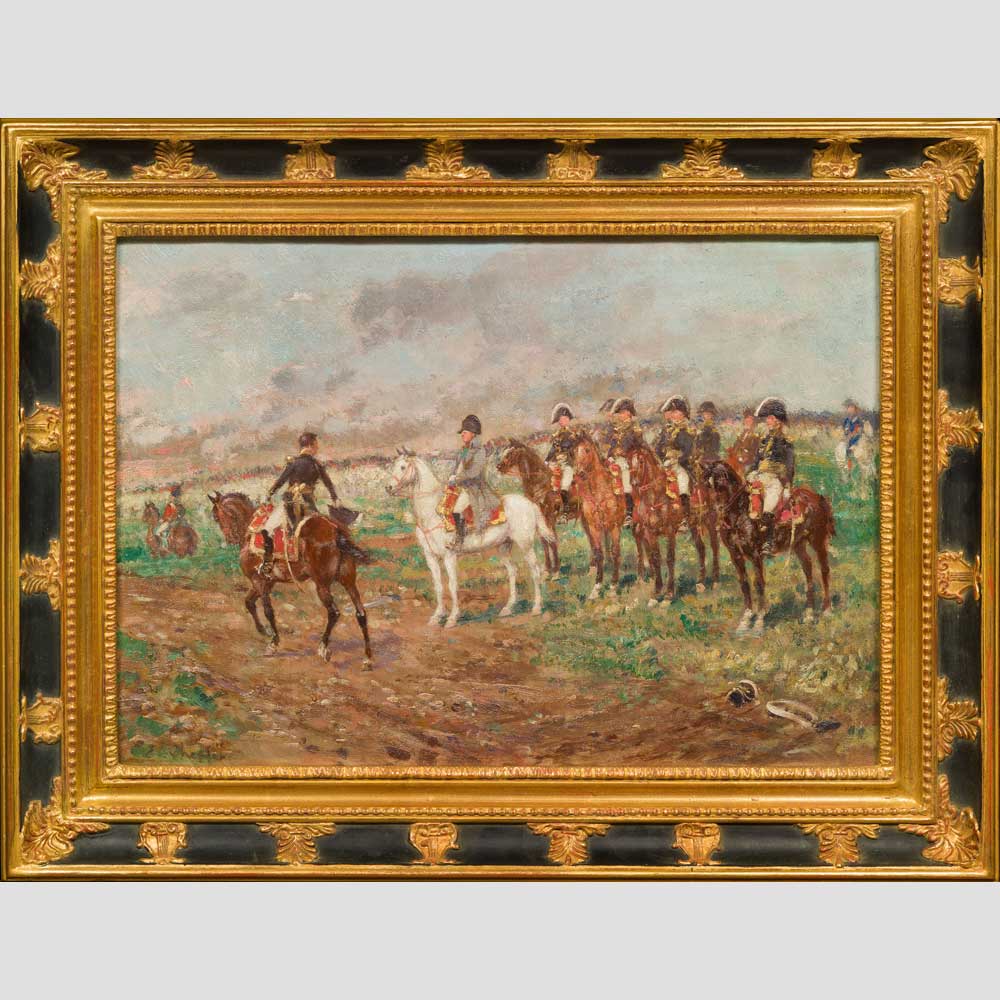 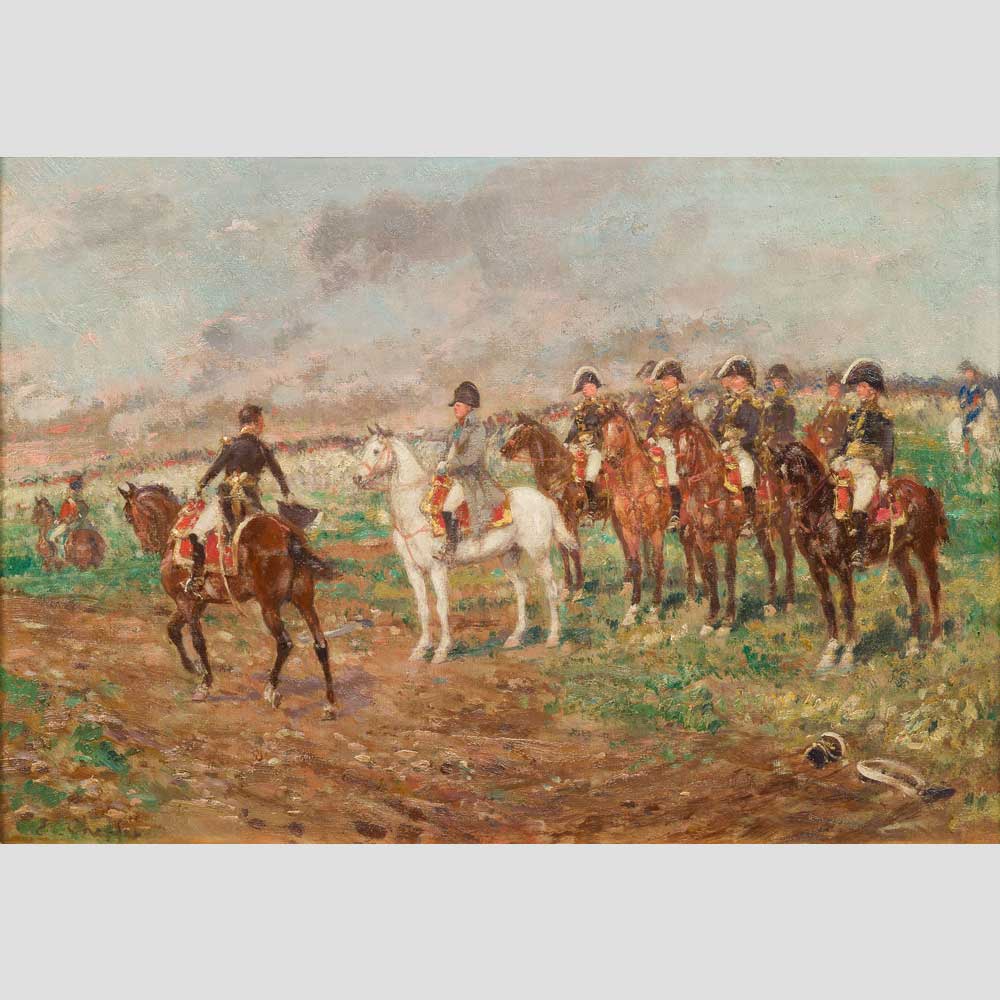 French painter, he was born in Nancy in 1876 and died in 1944. Pupil of Devilly who was Director of the School of Drawing of Nancy. He began exhibiting at the Nancy Salon before 1896 works of impressionist style. He also appeared in the Salons of Remiremont and Saint Dié. A large part of his work is devoted to the soldiers he represented in parade or in the countryside, on foot or on horseback with a particular affection for the First Empire. He also painted some landscapes of Lorraine and views of Nancy without soldiers. He is present at the Musée des Beaux-Arts in Nancy.

Oil on board
Signed lower left