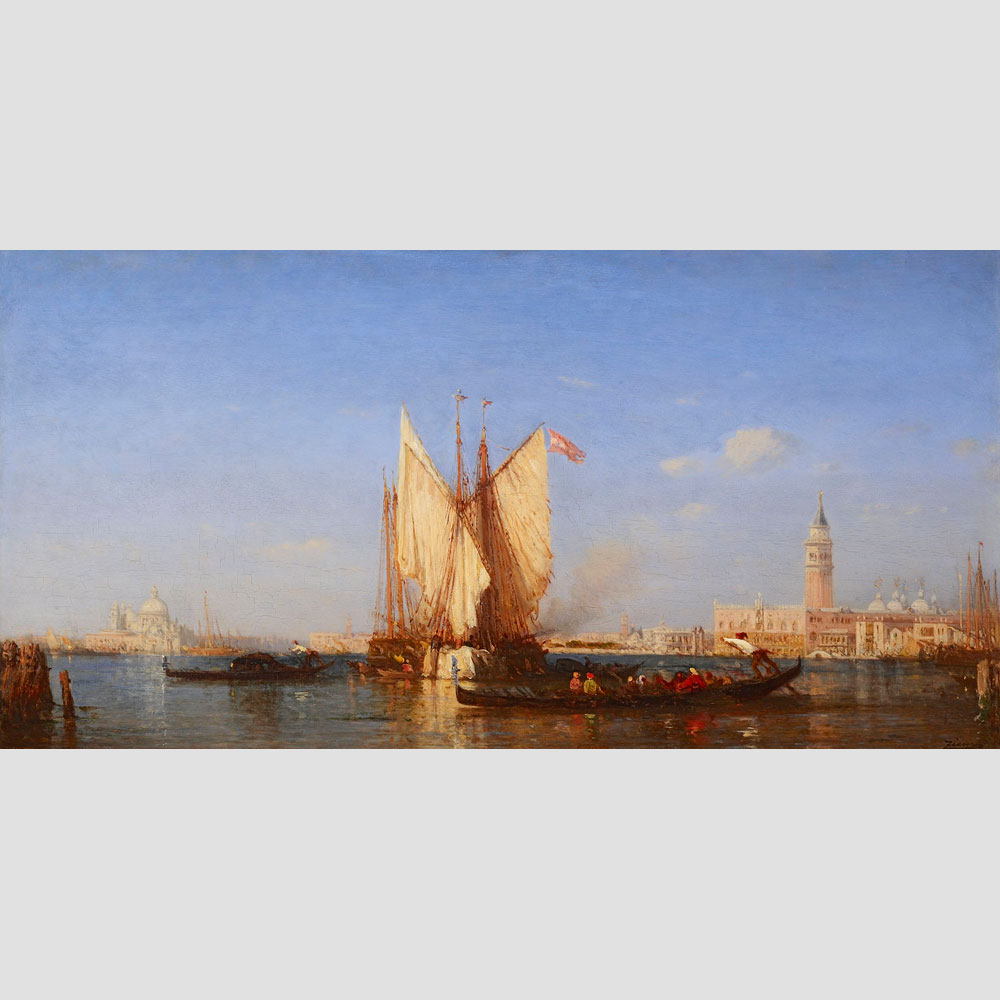 Félix François Georges Philibert ZIEM, born February 26, 1821 in Beaune (Côte-d’Or), died in November 10, 1911 in Paris. XIX-XXth centuries. French. Painter of history, genre, typical subjects, portraits, animated landscapes, seascapes, still lifes, watercolorist, draftsman. Pre-Impressionist, Orientalist. Trained at the School of Architecture and Fine Arts in Dijon, Ziem moved to Marseille in 1839 and began painting. From 1841 to 1842, he stayed in Nice and enjoyed great success with the local bourgeoisie. A frequent traveler, Ziem went to Italy in 1842, to Rome and Venice. Then it is Greece, Russia and Constantinople in 1844, Belgium in 1850, England in 1852, and Egypt in 1854. In 1855, he went down the Danube by boat, in 1856 he visited the East Mediterranean basin. He went through Algiers in 1858, Holland in 1860, etc … After a stay in Barbizon in the 1870s, he settled and lived between his four houses in Venice, Martigues, Nice and Paris. Exceptional productivity (more than 4000 works) and a rare longevity (90 years), Ziem was a complete painter who shone in all areas and on all media (paintings, paper, wood panels). He was the most honored painter and most rating of his time. His paintings sold worldwide, and he exhibited regularly in major Parisian salons. Among the favorite subjects of Ziem, we find Marseille, and Estaque, that he was one of the first to paint. We also find Martigues and Etang de Berre, but especially Venice, his second homeland. His views of Venice are marked by the light and the green of the Venetian lagoon. Ziem was also influenced by the Mediterranean and especially North Africa, hence his many orientalist paintings. Because of his study of light, he was one of the precursors of Impressionism. Some of his paintings, similar to Monticelli’s work, are more expressionist.