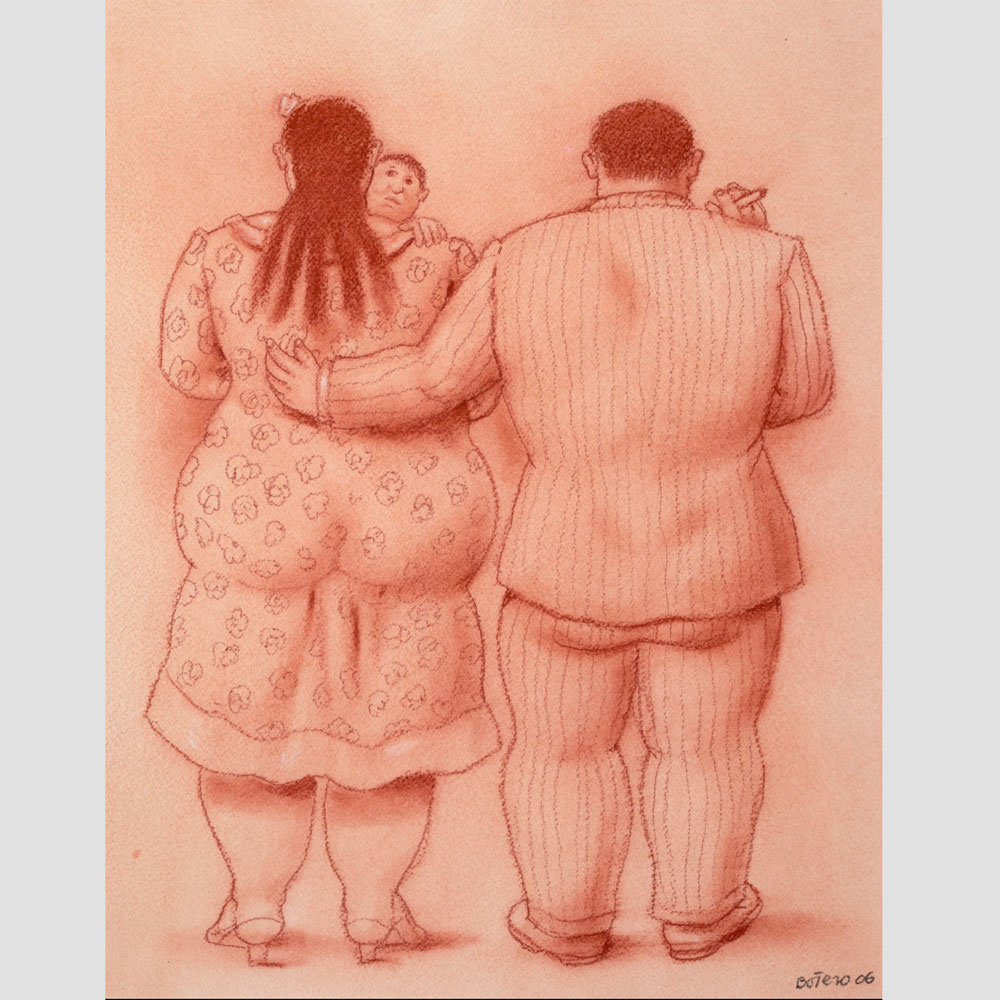 Drawing inspiration from a diverse array of influences, from Renaissance masters such as Giotto and Paolo Uccello to the 20th-century Abstract Expressionist movement, Fernando Botero’s signature style is characterized by the use of rotund figures and inflated forms. His 1961 work Mona Lisa, Age 12 exemplifies his use of the dynamic brushwork typical of Abstract Expressionism, although used to depict the figure rather than for pure abstraction. In addition to employing techniques from major movements, Botero’s paintings frequently emulate the subject matter and compositions of past masters, his bulbous renderings of these familiar images often interpreted as gestures of irony or caricature. The rounded appearance of Botero’s painted figures is mirrored in his sculptural work, usually fabricated in bronze at a large scale and often displayed in public.