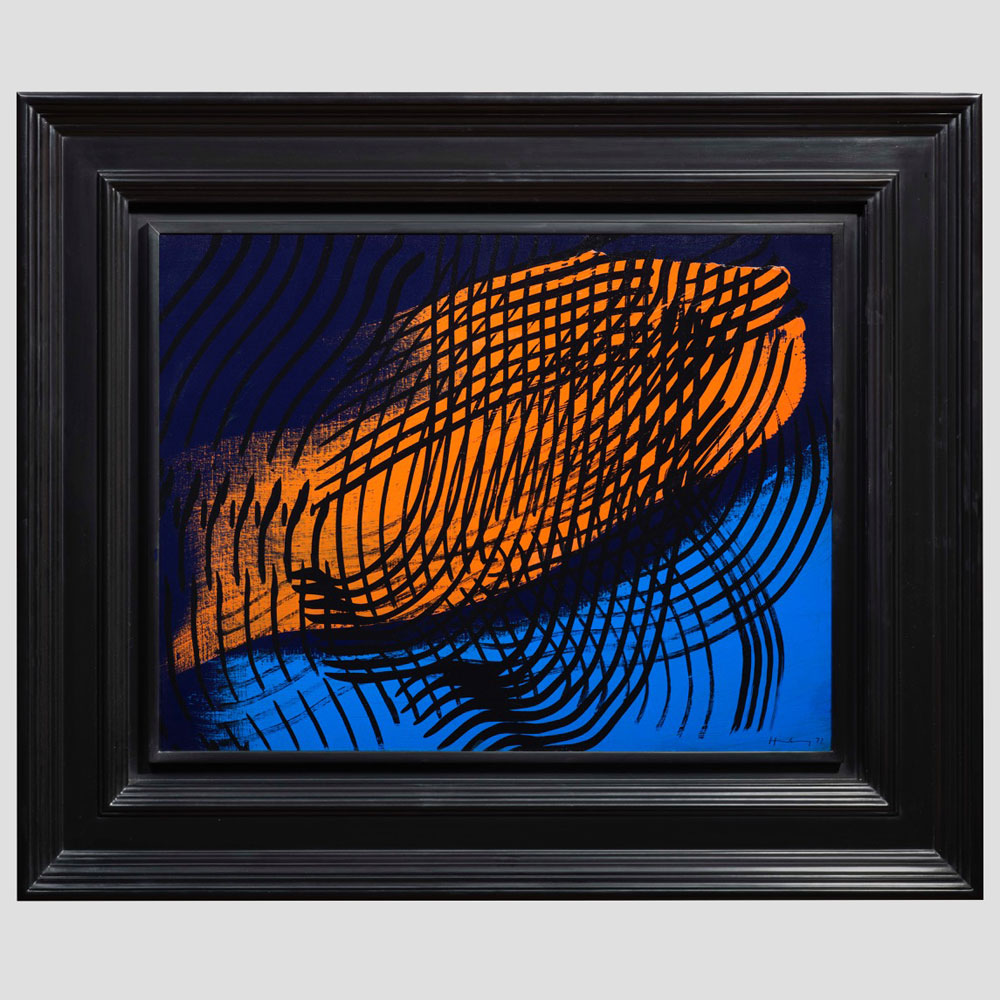 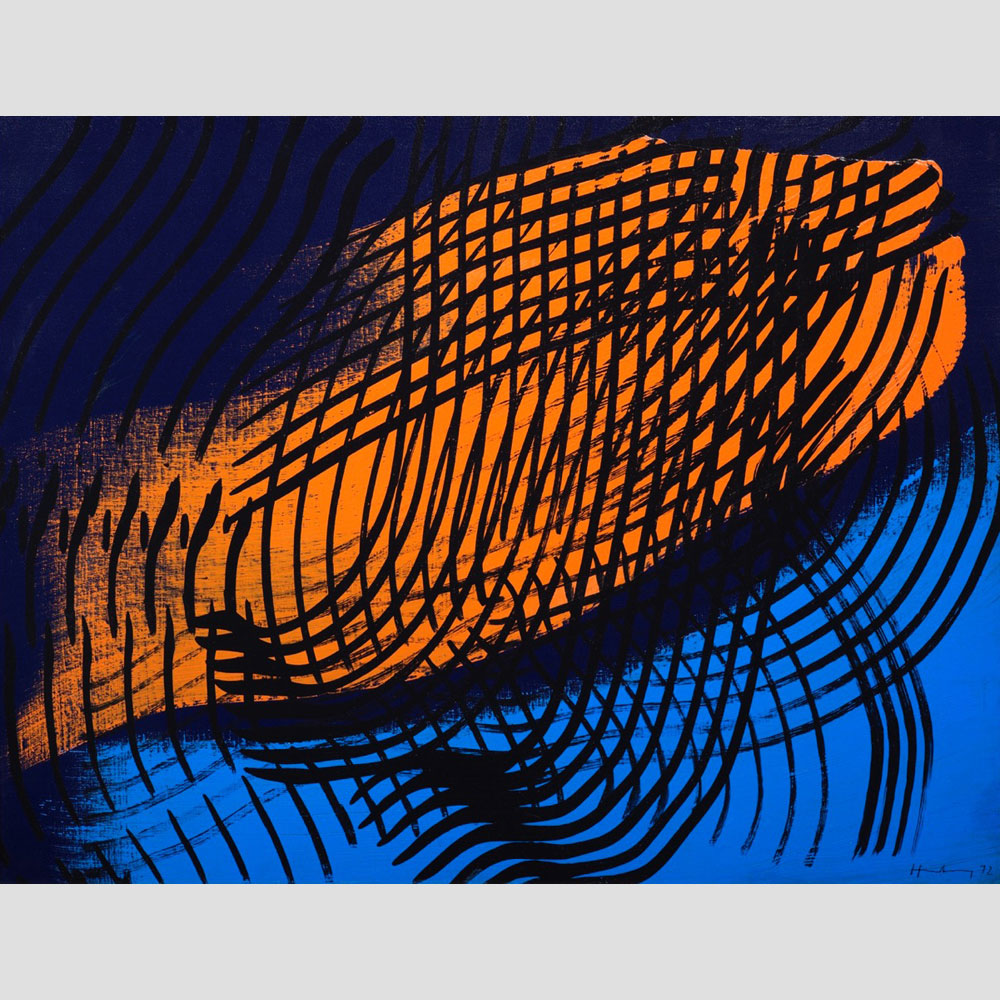 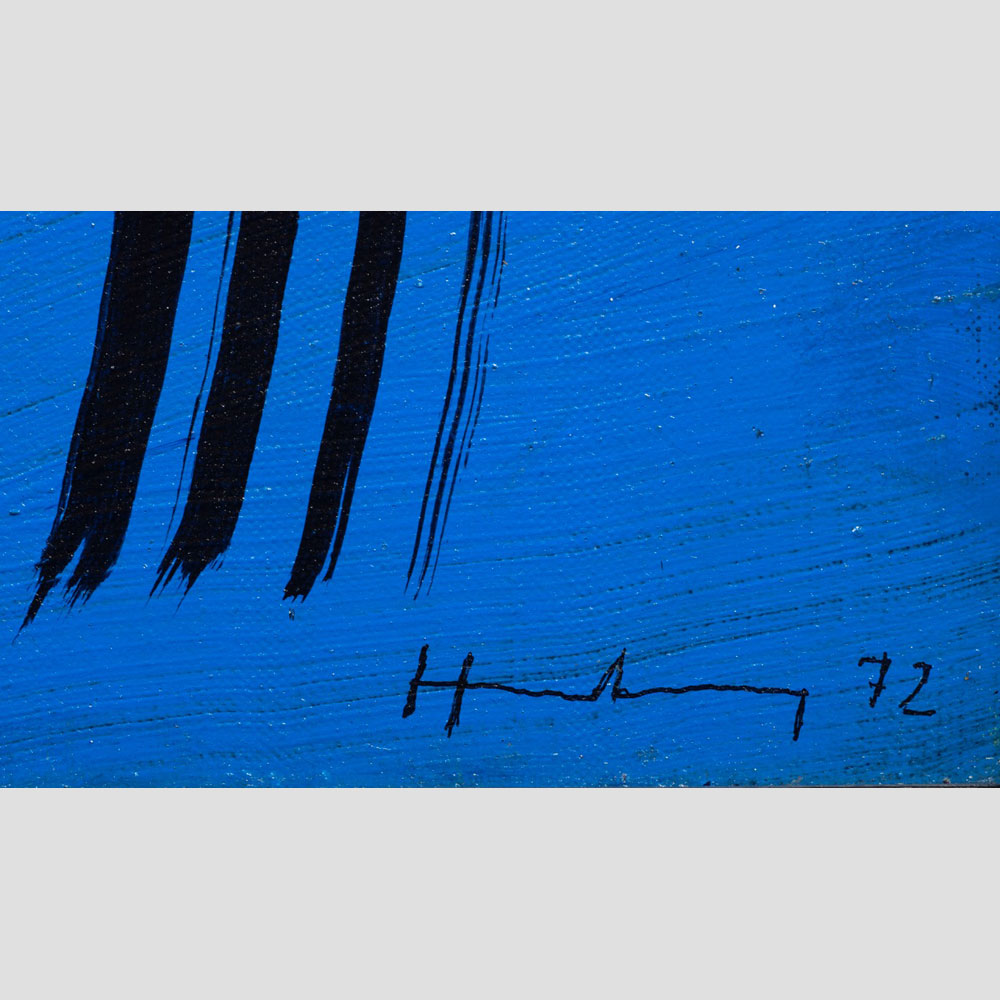 Associated with post war Art Informel artists such as Karel Appel and Jean Dubuffet, Hans Hartung is a French-German artist known for his gestural Abstract works through the exploration of gesture and marks. Hans Hartung was born in Leipzig, Germany. Growing up in an artistic family, Hartung cultivated an appreciation in art at an early age. He studied philosophy and art history in Leipzig University and subsequently at the Fine Arts academy of Dresden. Inspired by the progressive Modern works by French and Spanish artists, Hartung moved to Paris. Hartung painted his first abstract water-colours in 1922. In 1924, while still a student at the Dresden Fine Arts Academy, he began to paint representational portraits. In 1934, his paintings become more structured and the real Hartung appeared, typified by his penchant for straight lines, flat surfaces and spots. It was in 1947 that he held his first solo exhibition in Paris. By the late 1950s, Hartung has garnered fame and recognition for his gestural painting exemplified his signature style of a monochromic palette and long elegant long calligraphical styled brushstrokes. Hartung’s abstract paintings became the influence and inspirations for many young American painters of the 60s. Hartung was awarded the prestigious International Grand Prix for painting at the Venice Biennale. He was also considered as an integral forerunner of the American Lyrical Abstraction of the 1960s to 1970s.

This work is listed in Hartung’s archives. It will be included in the forthcoming catalogue raisonné, made by the Hartung – Bergman Foundation.