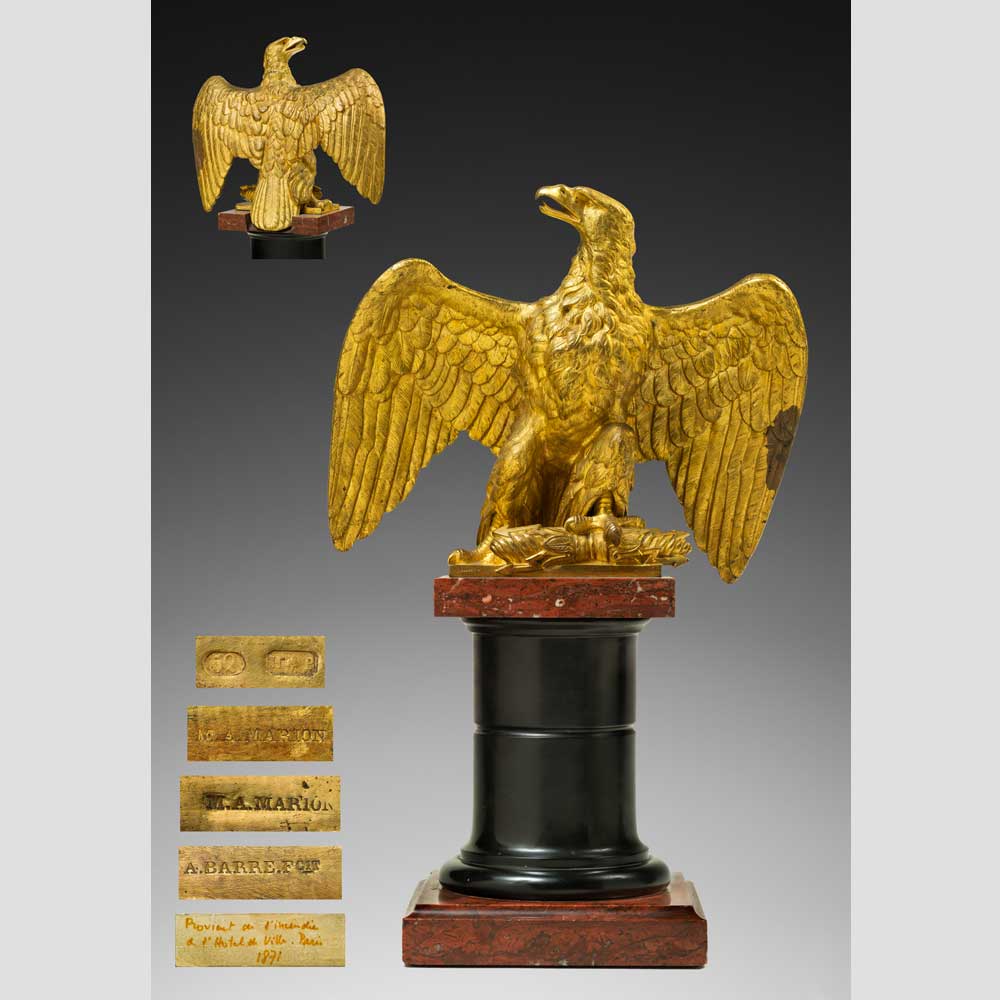 EAGLE OF THE FRENCH NATIONAL GUARD, 1852

Born the September, 25th, 1811, died in 1896. Sculptor, caricaturist, and he made medals. His father, Jean-Jacques Barre, was his teacher until 1826. Then, he learnt sculpture with Cortot, modelling with David d’Angers, and drawing with Devéria. He exhibited regularly at Salon de Paris. He was the last General Engraver of coins with private status, under the French State Control. Carticaturist, he left an album (dated 1837-1839) with portraits of his friends, relations, members of his family. He is well known for his sculptures : he realised Alfred Musset’s bust for his tomb, in Père-Lachaise cemetery. He also realised Princess Mathilde’s and Queen Hortense’s tombestone, in Rueil Malmaison’s church. He was also the author of the allegories of the four seasons, for the Fontaine du Cirque, in Champs-Elysées, in Paris, in 1840, and for the Saint Luc’s statue, on the Saint-Vincent-de-Paul’s frontage.

This Eagle was at the Hotel de Ville in Paris and escaped the flames of the fire of 1871, during the Commune. It still bears on the left wing, the trace of the flames.