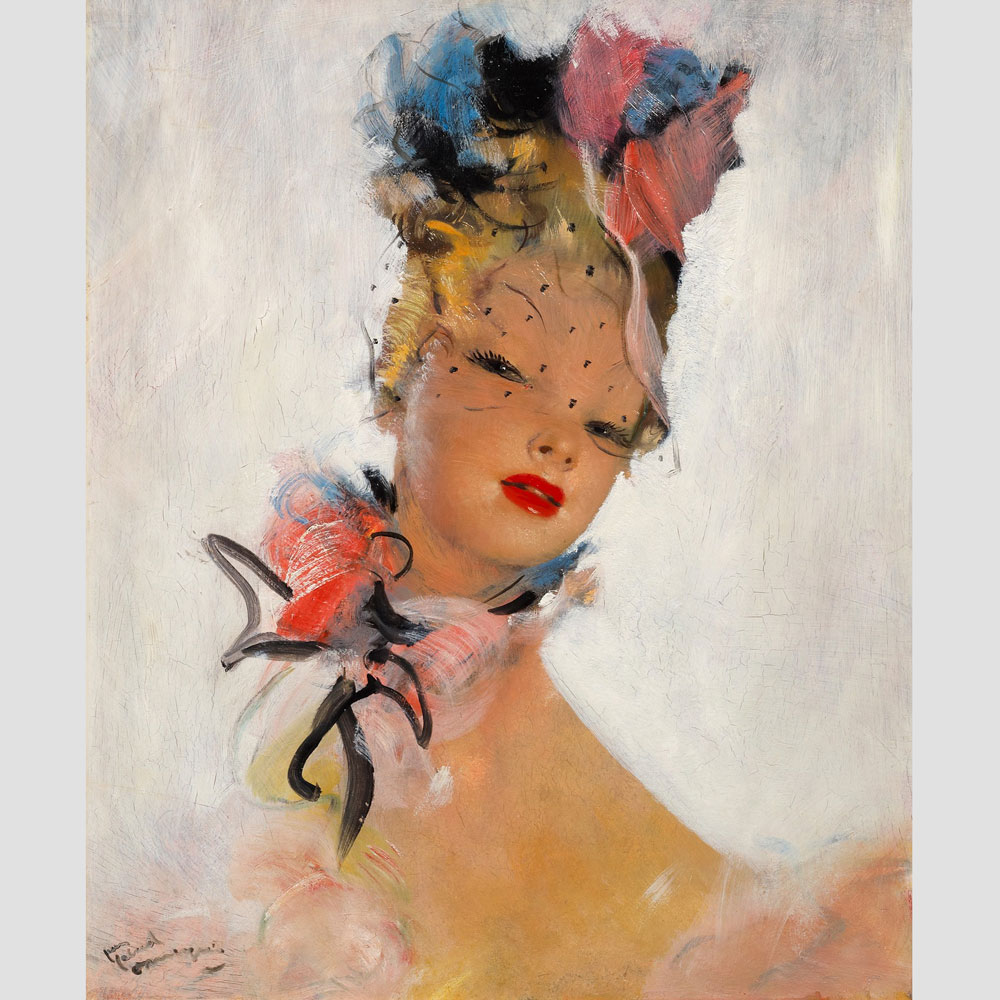 Jean-Gabriel Domergue was born in Bordeaux, France on March 4th, 1889. An extremely talented and precocious painter, Domergue exhibited works at the Salon Des Artistes Français (the French Artists Exhibition) in 1906 at the young age of seventeen. In 1913, he was awarded the Second Prize of Rome and went on to win the gold medal award in the 1920 show. He then began showing outside the exhibition. Having first been recognized for his landscapes which he painted with great ease, his career took a decisive turn during the 1920’s. At this time he became the painter of the « Parisian lady ». Domergue invented a new type of woman : thin, airy, elegant, with a swanlike neck and wide seductive eyes which gaze upon the world with longing. “I invented the pin-up » he later claimed. He went on to paint approximately 3,000 portraits. Even though Domergue painted numerous nudes using fashionable actresses or young dancers as his models, he was nevertheless, highly prized in the aristocratic and high society circles painting individuals such as Liane de Pougy or Nadine, the future Baroness of Rothschild. Domergue was also one the main organizers for famous Parisian gala events such as « The Venetian Ball »