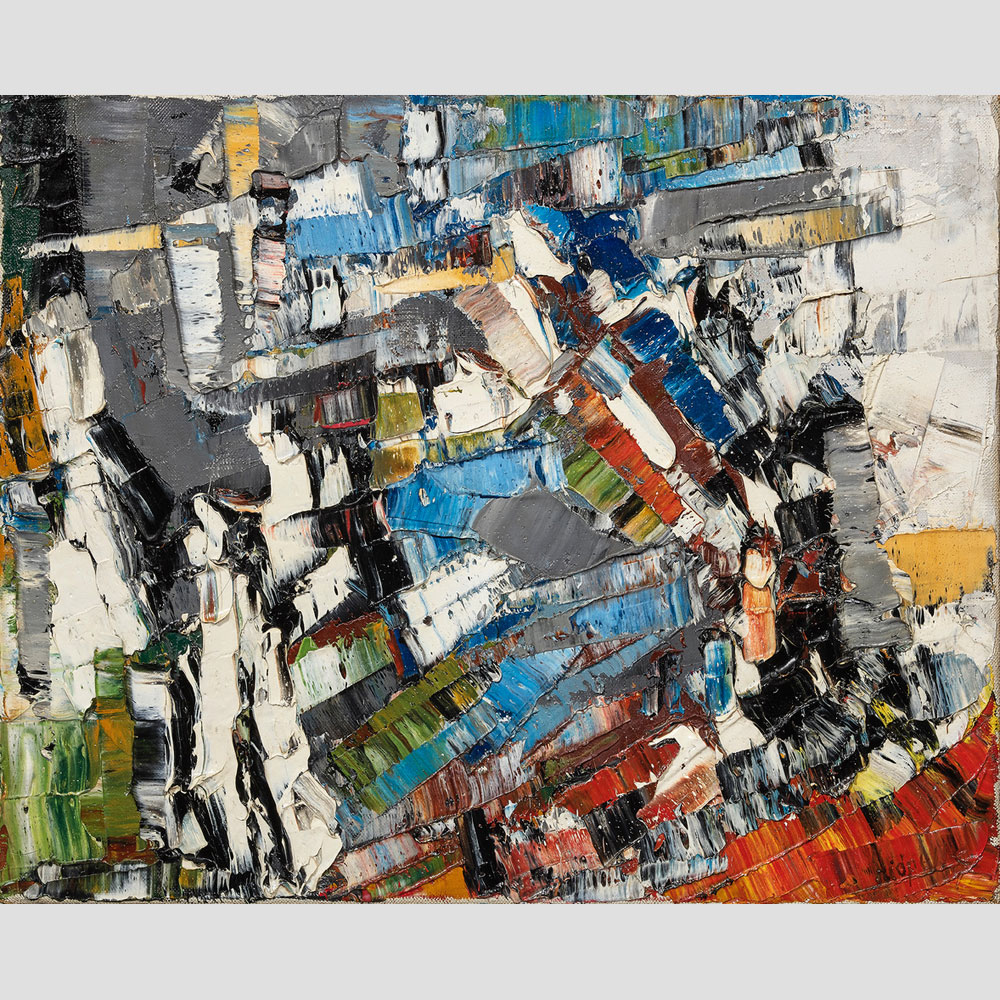 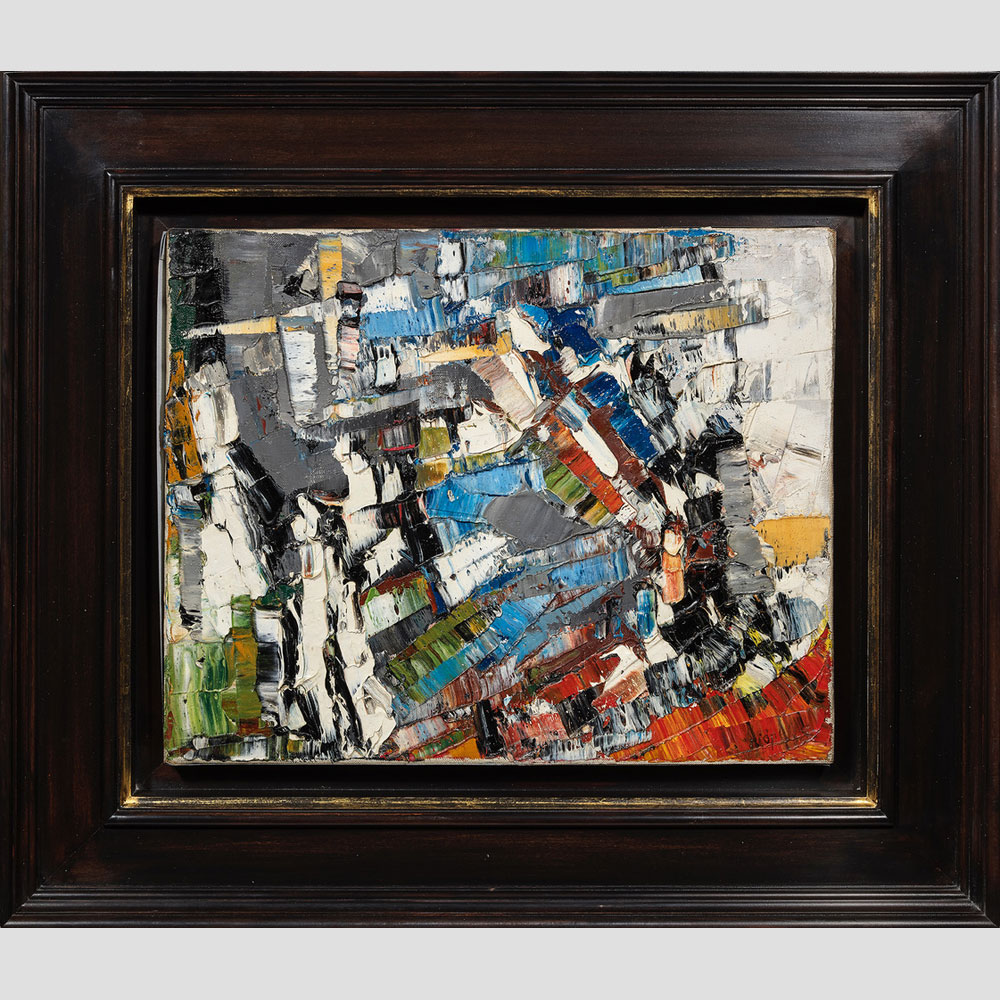 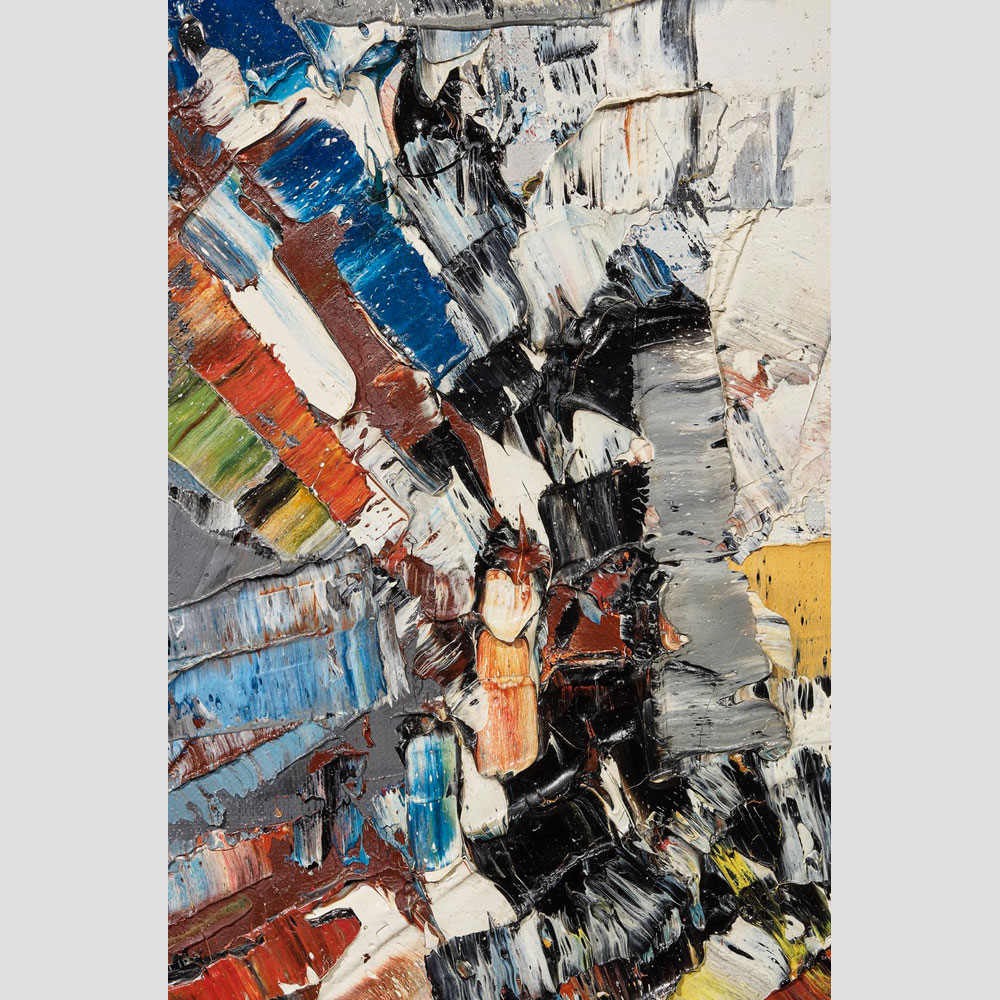 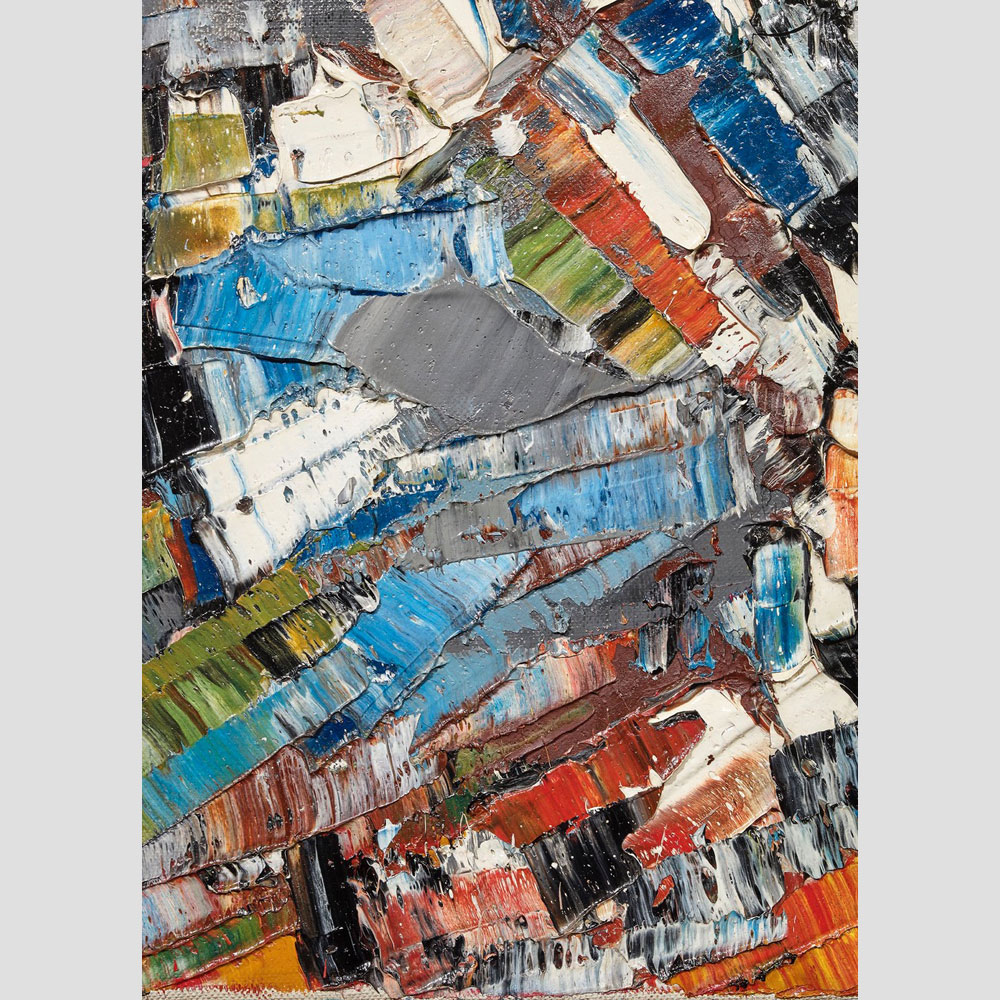 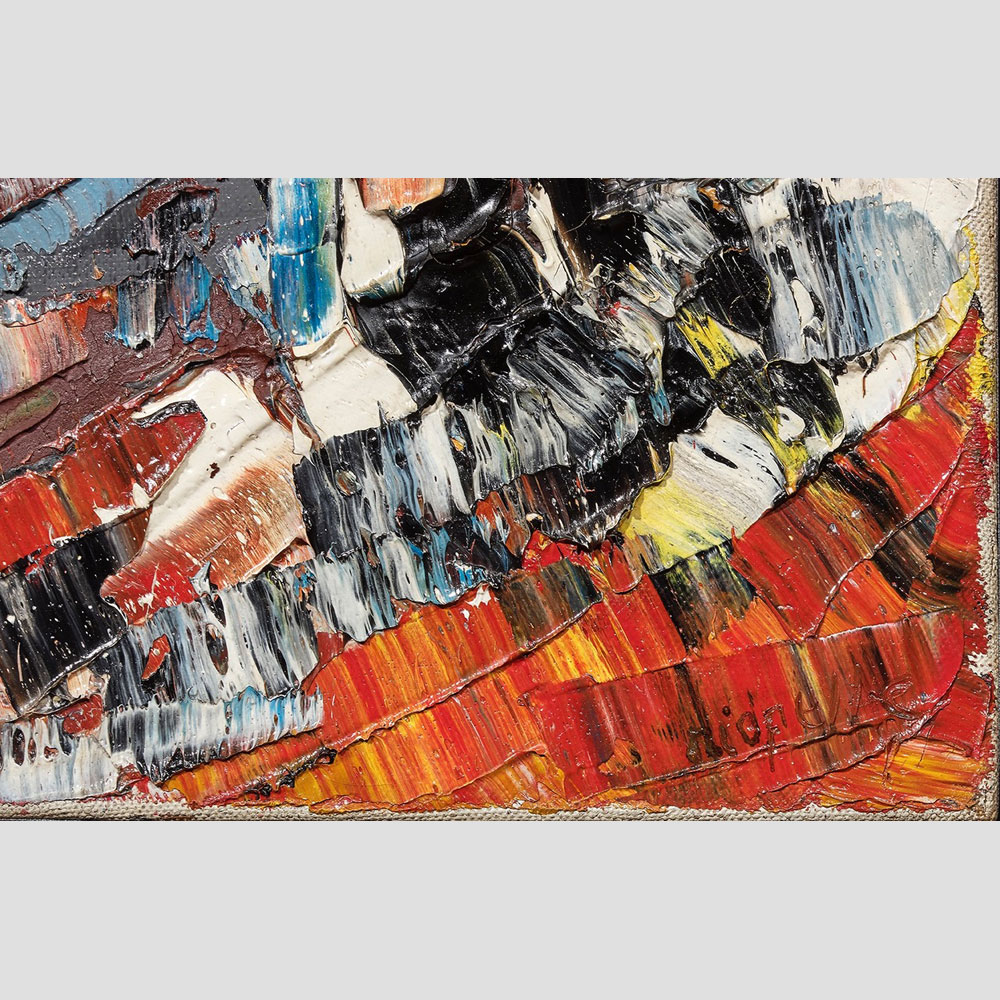 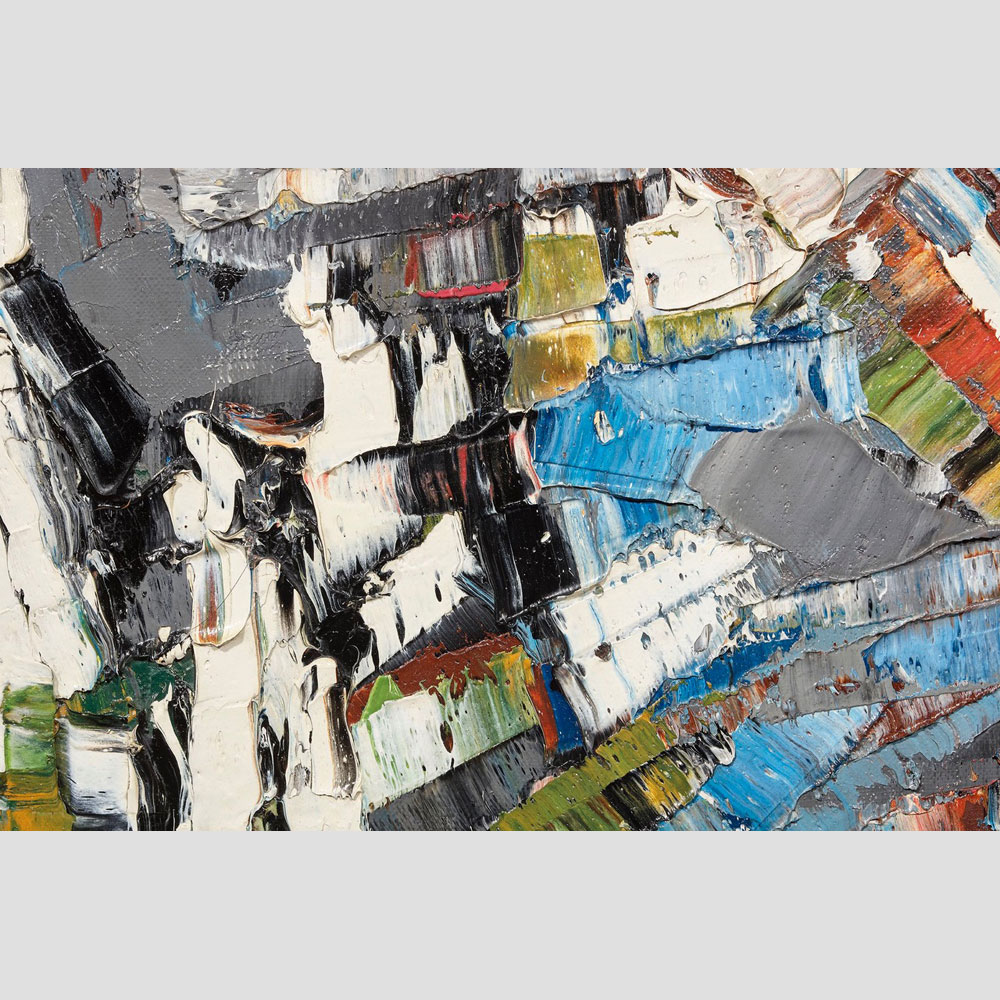 Canadian. He was a leading member of the European Abstract Expressionist movement. Born in Montreal, Riopelle studied both traditional and avant-garde painting, before fully embracing the avant-garde in the late 1940s and joining the Canadian group Les Automatistes, who were influenced by Surrealism and their practice of automatism. Riopelle moved to Paris in 1949, and painted abstract, open compositions placing him amidst a “second generation” of Abstract Expressionist painters in Europe. He created his series of “mosaic” works in the 1950s, using a palette to plaster paint across the canvas in blocks of juxtaposed color. For several decades Riopelle had a strong but turbulent relationship with fellow Abstract painter Joan Mitchell, which ended in 1976. His paintings became even looser and more free-form, and he began exploring other mediums, including printmaking, collage, and sculpture. He created several large-scale sculptures in 1969, including a fountain paying tribute to Canadian hockey players that is now displayed in Montréal’s Olympic Stadium. Riopelle returned to Canada on a regular basis in the 1970s, creating works drawing inspiration from Canadian landscapes. He later continued to experiment with unconventional painting methods, including spray paint and emphasis on negative space. In 1962, Riopelle exhibited work at the Venice Biennale, and was awarded the UNESCO prize. Several retrospectives have been held of his work, including exhibitions at the Centre Pompidou in Paris and at the Montreal Museum of Fine Arts. Riopelle spent his final years living north of Quebec in Île-aux-Grues, Canada; he died in 2002, at 79 years old.