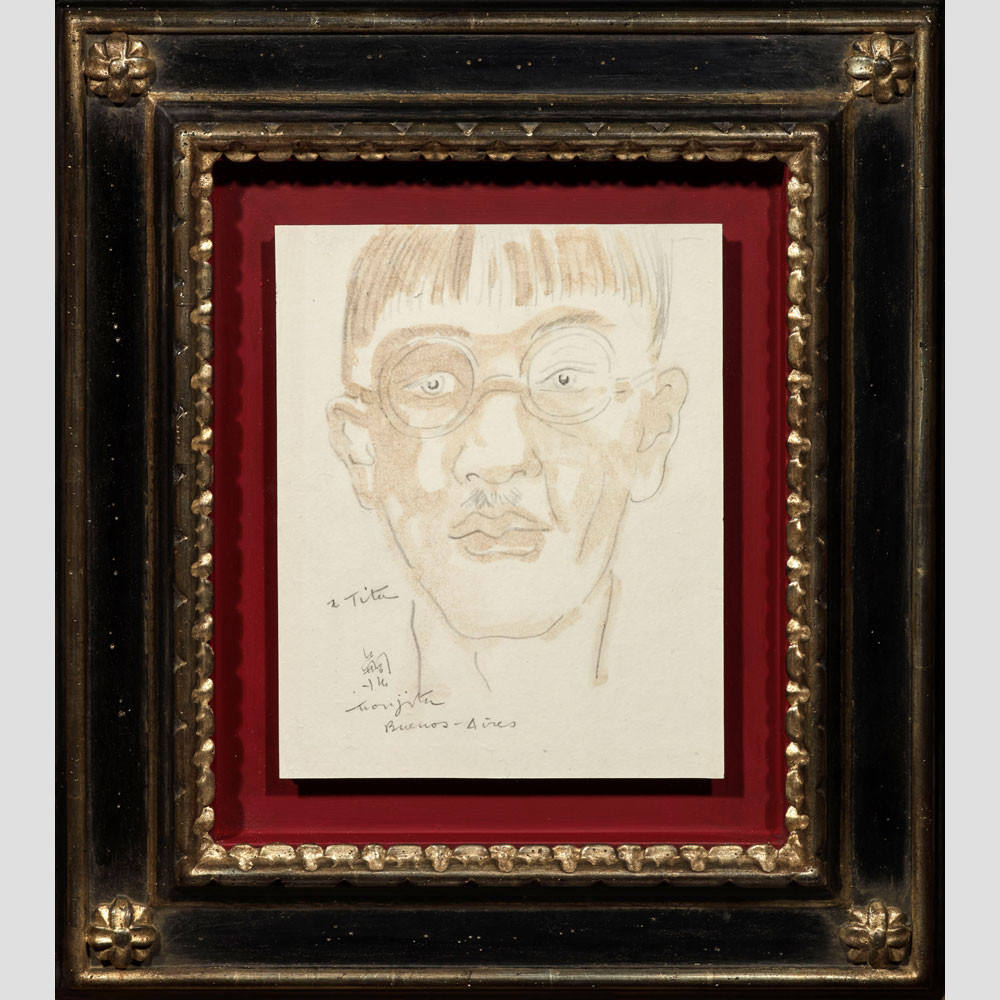 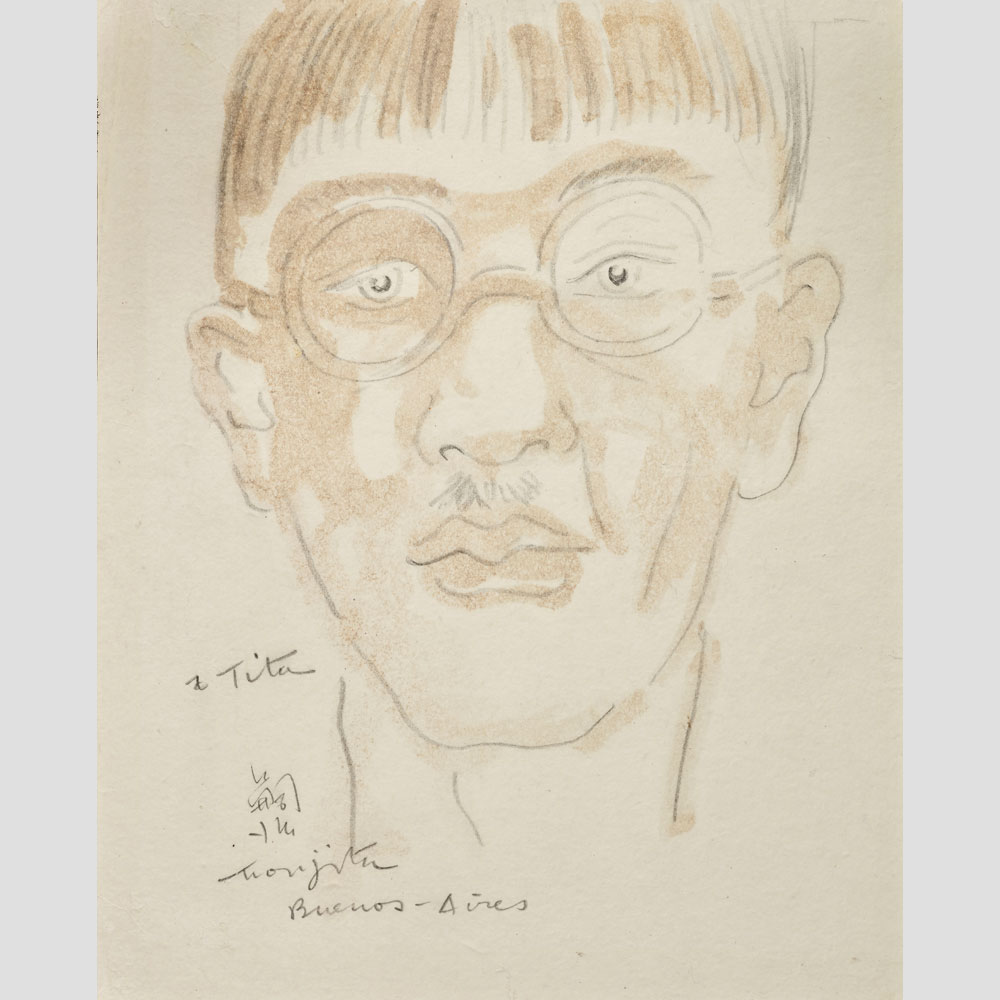 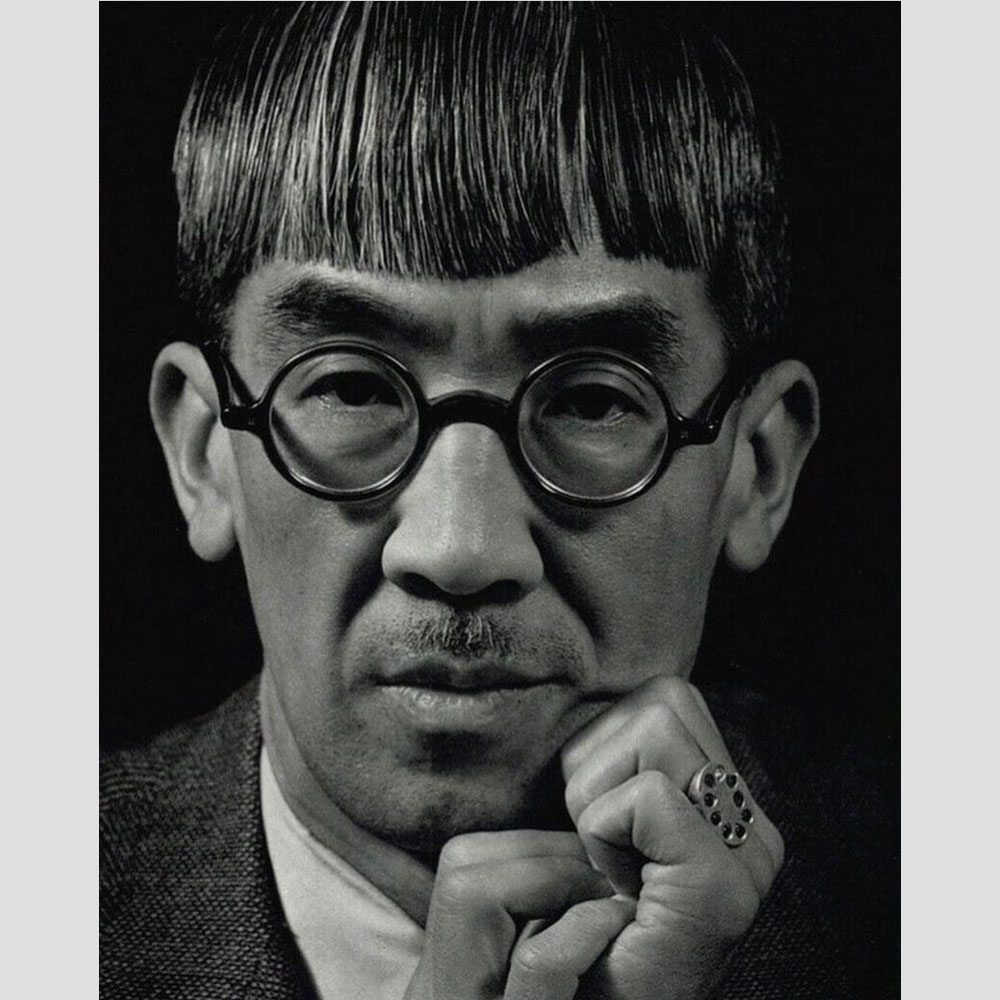 Léonard Tsuguharu Foujita (1886-1968) Japanese expatriate painter who applied French oil techniques to Japanese-style paintings. He was a member of the School of Paris, a group of now-famous artists who resided in the Montparnasse district of that city. In 1910 Fujita graduated from what is now the Tokyo University of the Arts. Three years later he went to Paris, where he became the friend of many of the great forerunners of modern Western art, including Pablo Picasso, Henri Matisse, Chaim Soutine, and Amedeo Modigliani. He exhibited his works for the first time in Paris in 1917. A nude portrait of the model Kiki de Montparnasse set against an ivory background (Reclining Nude with Toile de Jouy) that he showed at the 1922 Salon d’Automne was a runaway success and led to a hugely lucrative decade for Fujita. He became known for his portraits, self-portraits, nudes, city scenes, and drawings and paintings of cats. He also published the limited edition A Book of Cats (1930), which included 20 drawings of cats and became a highly sought-after (and thus very valuable) art book. Fujita’s work is distinguished by his strong evocative line, an aesthetic that stemmed from his art training in Japan and was greatly admired by the Paris School artists. In 1931–32 Fujita traveled throughout Latin America and had a major exhibition of his work in Buenos Aires. During World War II he returned to Japan, where for many years he put his artistic talent to use as a war artist for the Japanese government, a decision that was criticized by his pacifist peers in the Japanese arts community, who accused him of using his art to promote the militarist actions of Japan. With a marred reputation in his home country, he traveled to the United States in 1949 and then returned to France in 1950 and stayed there for the rest of his life, becoming a French citizen in 1955 and being awarded the Legion of Honour in 1957. He was christened Léonard upon converting to Roman Catholicism in 1959. After his conversion, he turned to more-religious subjects. He also designed, built, and completed interior decoration (frescos and stained-glass windows) of a chapel (Chapel of Our Lady Queen of Peace, or the Fujita Chapel) in Reims, France, in 1966. He is buried outside the chapel. (ref.Naomi Blumberg)

Watercolour and pencil on paper
Signed in japanese and latin letters, dated and dedicated to ‘Tita’. Located in Buenos Aires

In the early 1930s, Foujita travelled to South America with Madeleine Lequeux (his model and partner, also known as Mady), and arrived in Argentina in 1932, where they spent a brief five months. It was in Buenos Aires that Foujita received one of his greatest welcome ever by adoring art fans. He greeted an overwhelming sixty thousand visitors to his exhibition at the time, and sold all his works. In his travel accounts, Foujita also noted of Buenos Aires’ similarity to Paris in its high culture and arts. The present work, a Selfportrait, was painted in Buenos Aires during this successful and brief trip, and is dedicated to Tita. His numerous self-portraits reveal the image of a dandy, heavy bangs, little mustache and behind his round glasses, a penetrating gaze, all characteristics that ensure him fame. Taking himself as a model, he shapes his image as an elegant, charming man at the forefront of fashion. For the media, he embodies success and modernity beyond conventions and borders. His multifaceted work (painting, drawing, engraving, theater, sewing, photography and cinema) marks his immense power of creation, inventiveness and his multiple sources of inspiration.