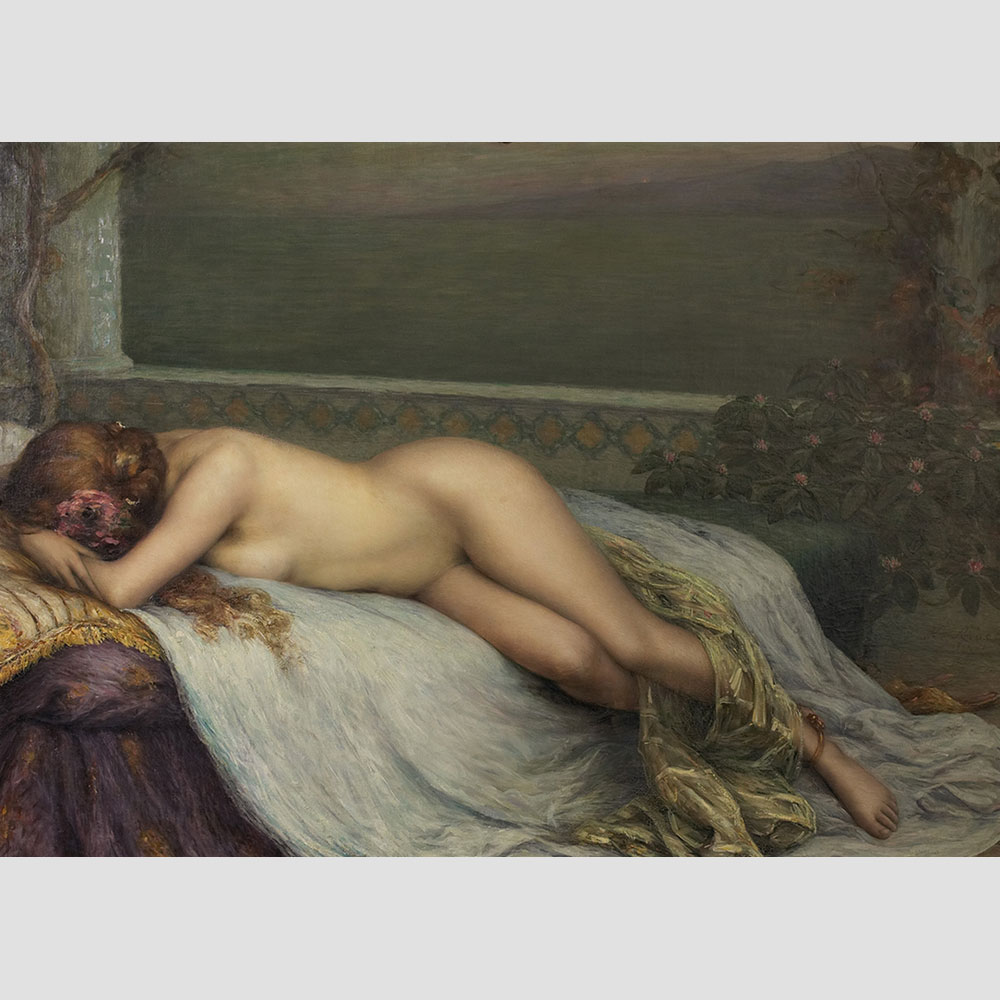 Born in Vannes (Morbihan), studied in Paris with Élie Delaunay, Gustave Moreau and Alfred de Richemont. He exhibited in the Salon des Artistes Français, and was elected to its membership in 1901. He also exhibited in Salon des Tuilleries. Ridel’s work was included in international exhibitions in Berlin, Ghent, Cairo, Venice, Düsseldorf, Amsterdam, St. Louis, and Pittsburgh. He won honors at the Salon exhibitions in 1896, 1898, and 1900. In1909 he was made a Knight of the Legion of Honor. In addition to painting, he also sculpted and produced engraved medals. He received a number of official commissions from the French government for decorative panels. One of his paintings is in the museum of Nantes.