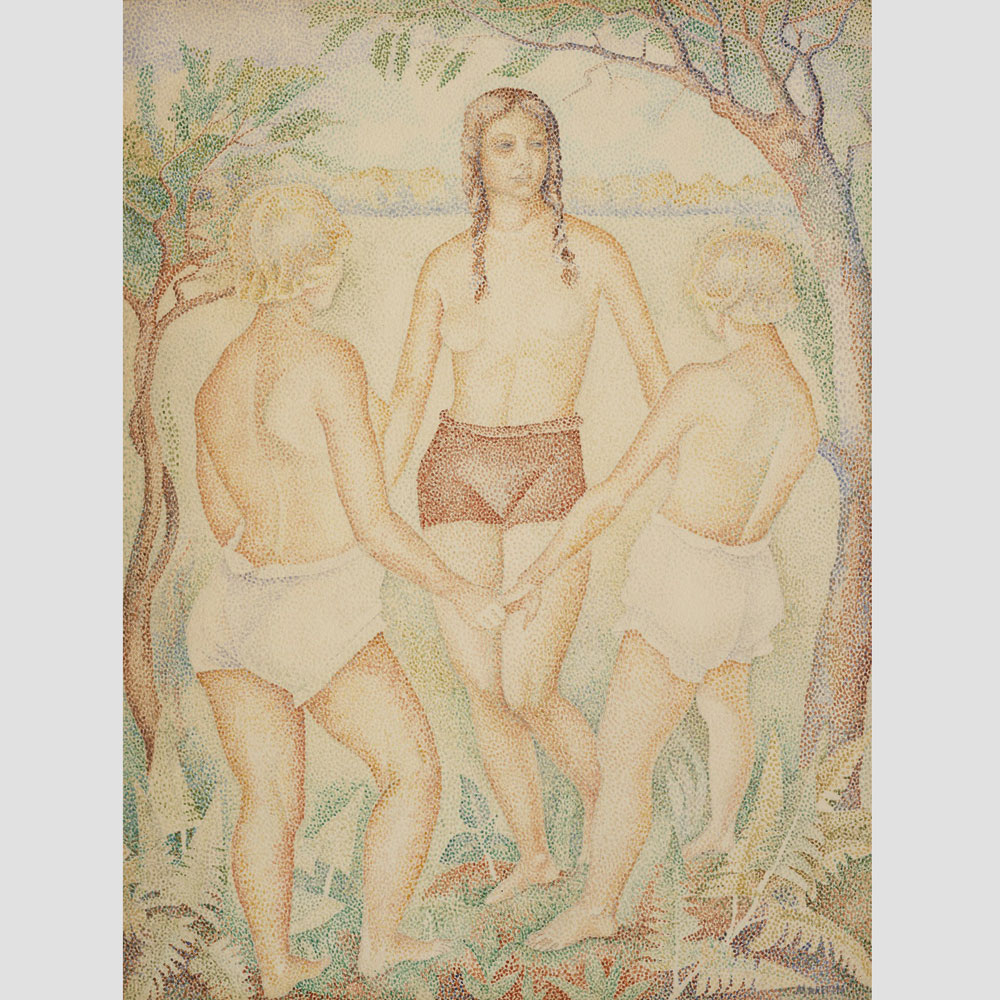 (aka Marea VOROBIEFF) : Born February 14, 1892 in Cheboksary in Kazan (Russia) and died in May 1984 in London. 20th century. Active in France since 1912. Russian. Painter, cubist, then neo-impressionist. She is the natural daughter of a Polish nobleman, Stebelski, and a Russian actress of which she is named Vorobieff. She studied in the Caucasus and Moscow, pursued in Italy, where she arrived in 1911. Then, she met Maxim Gorky who had a great influence on her learning. He encouraged her to paint and found her his pseudonym which means “girl of the king of the sea “. In 1912, in Paris, she met Russian writer Llya Ehrenbourg, who introduced her to the arts. She worked at the Academy Colarossi and at the Russian Academy, where she met the Mexican painter Diego Rivera, from whom she had a daughter and introduced her to Picasso, Modigliani, Lhote, Juan Gris, Cocteau, etc. After the war, she went to England, where she published her memories. She exhibited at the Salon des Indépendants in Paris in 1913 and appeared in the retrospective of neo-impressionism at the Guggenheim Museum in New York in 1968. A large retrospective exhibition of his work was shown at the Petit Palais in Geneve in 1970. She was considered like the first female painter to be part of the cubist group. After 1918, she turned to the Neo-Impressionist technique, in portraits and landscapes in oil, watercolor or dotted drawings.