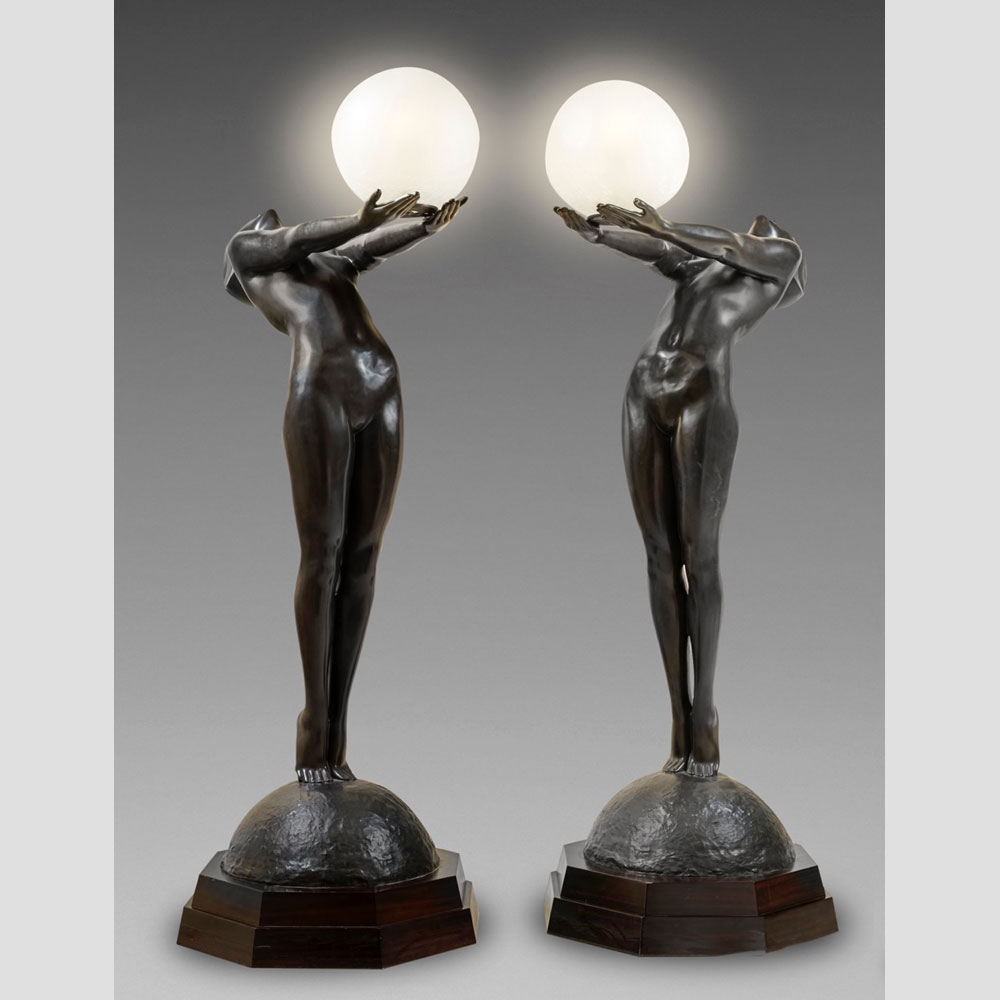 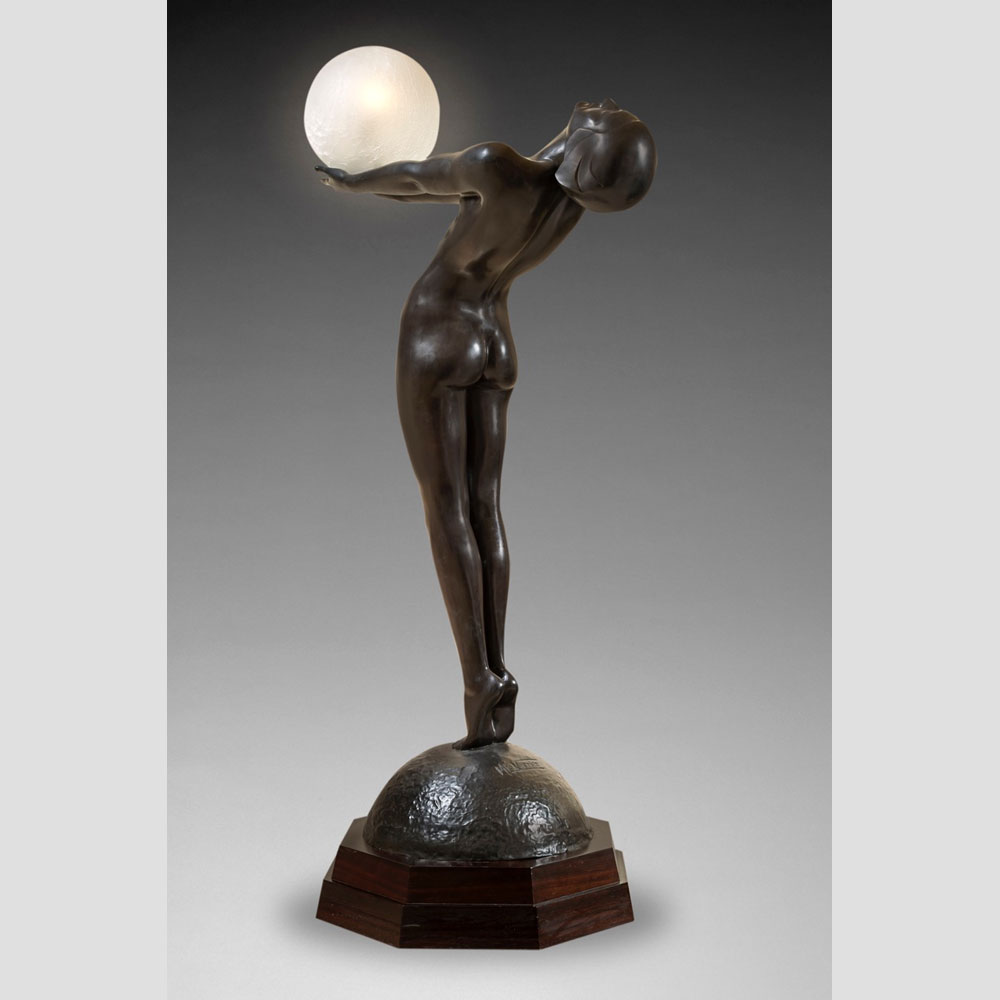 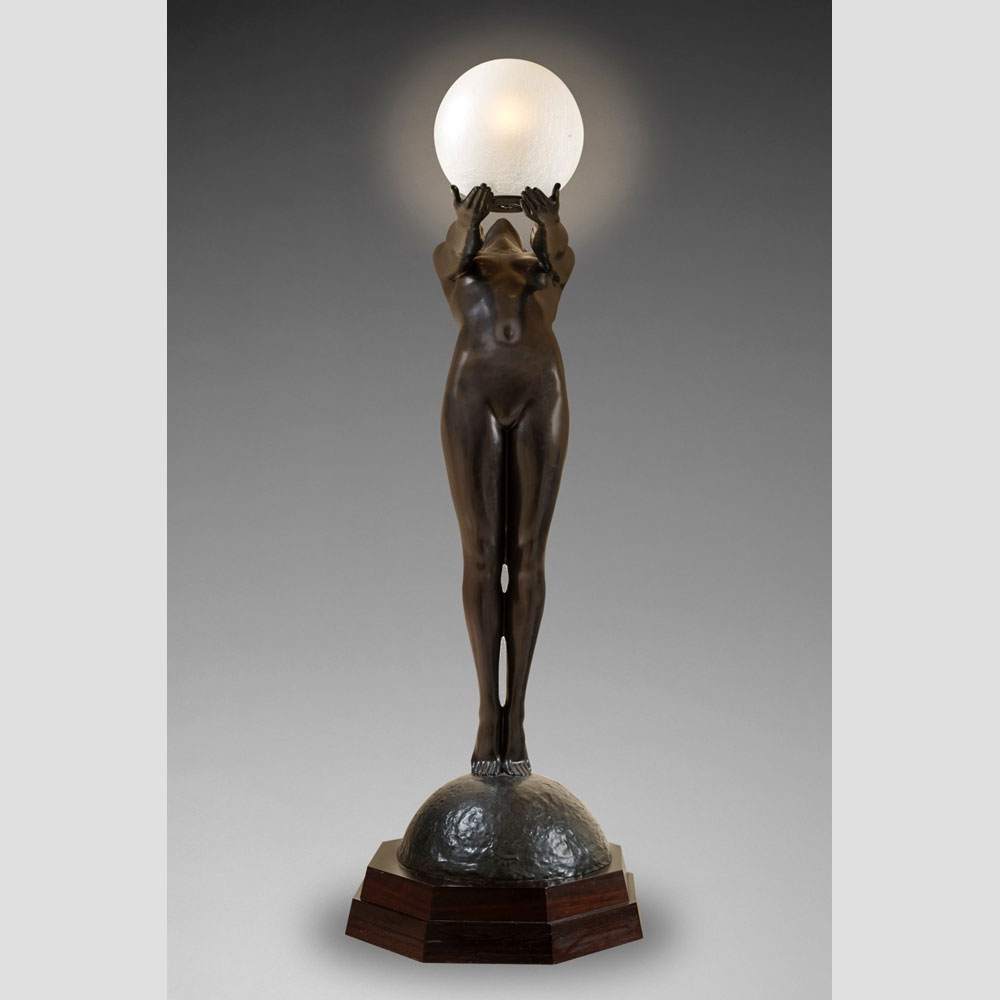 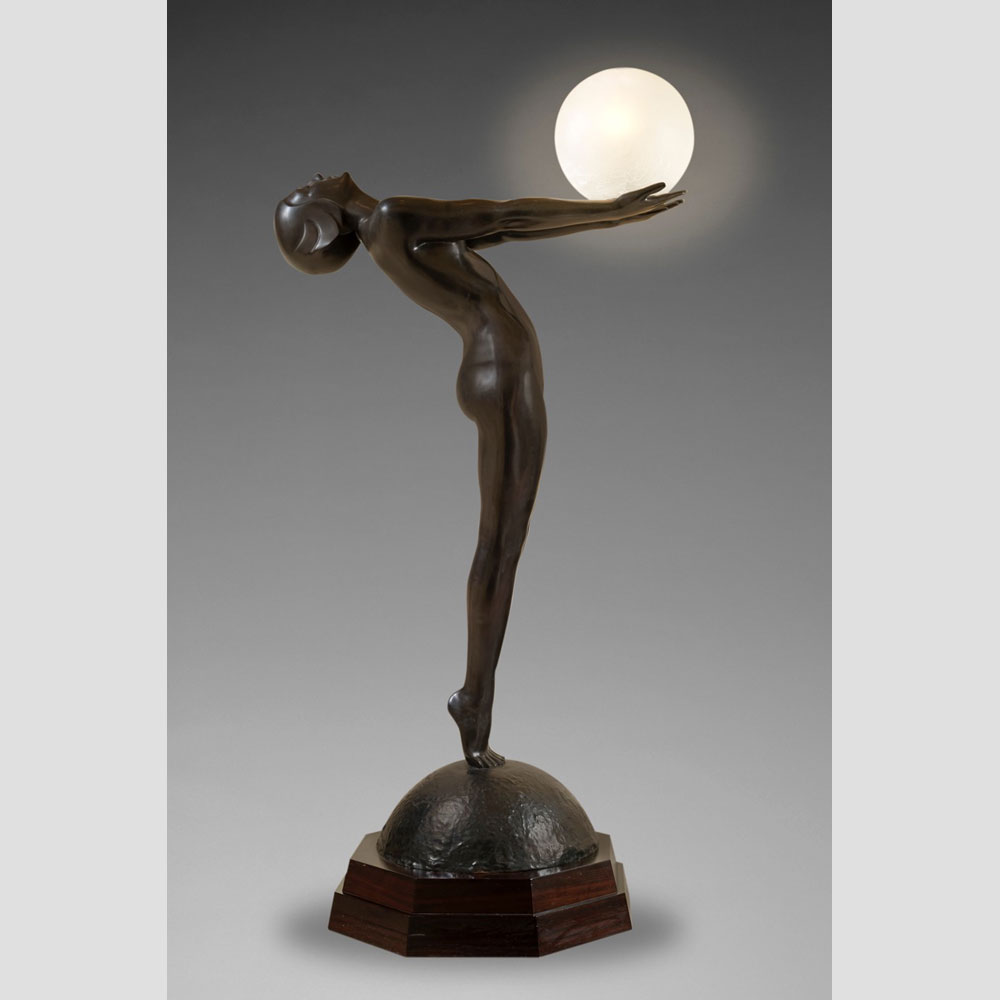 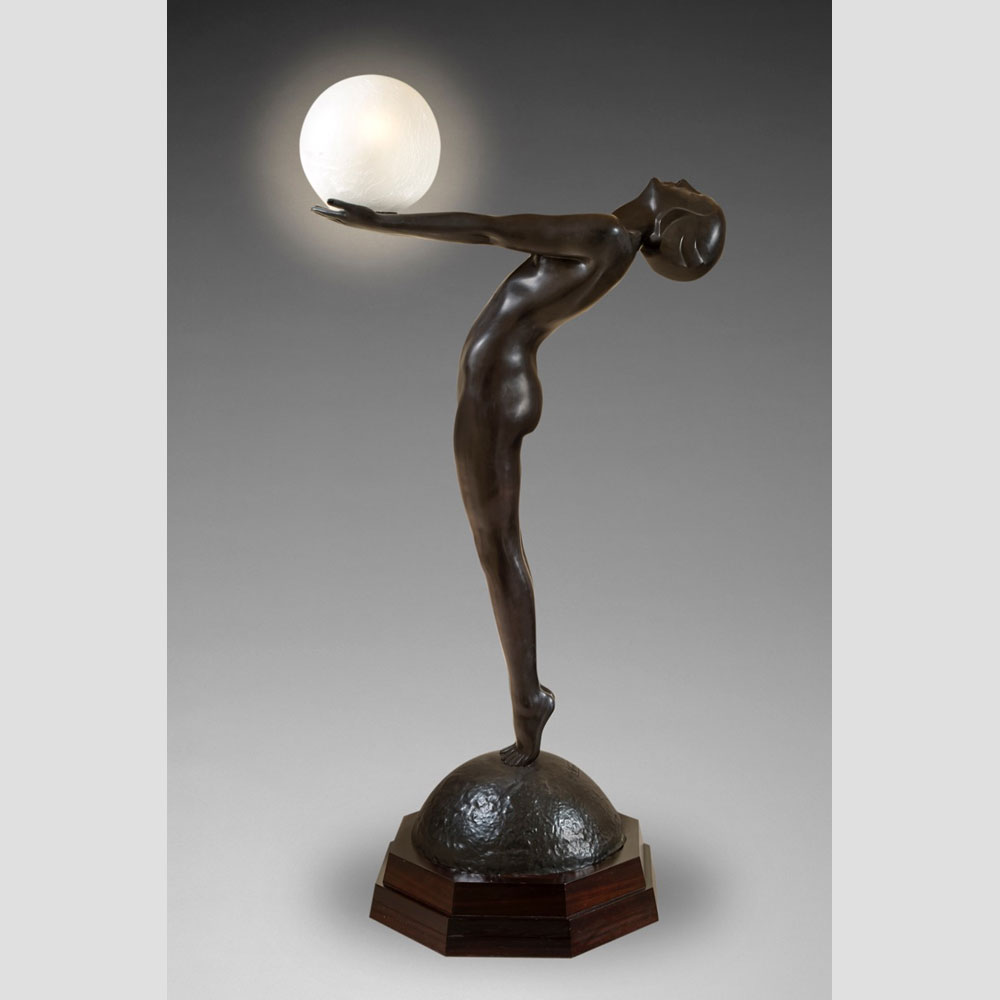 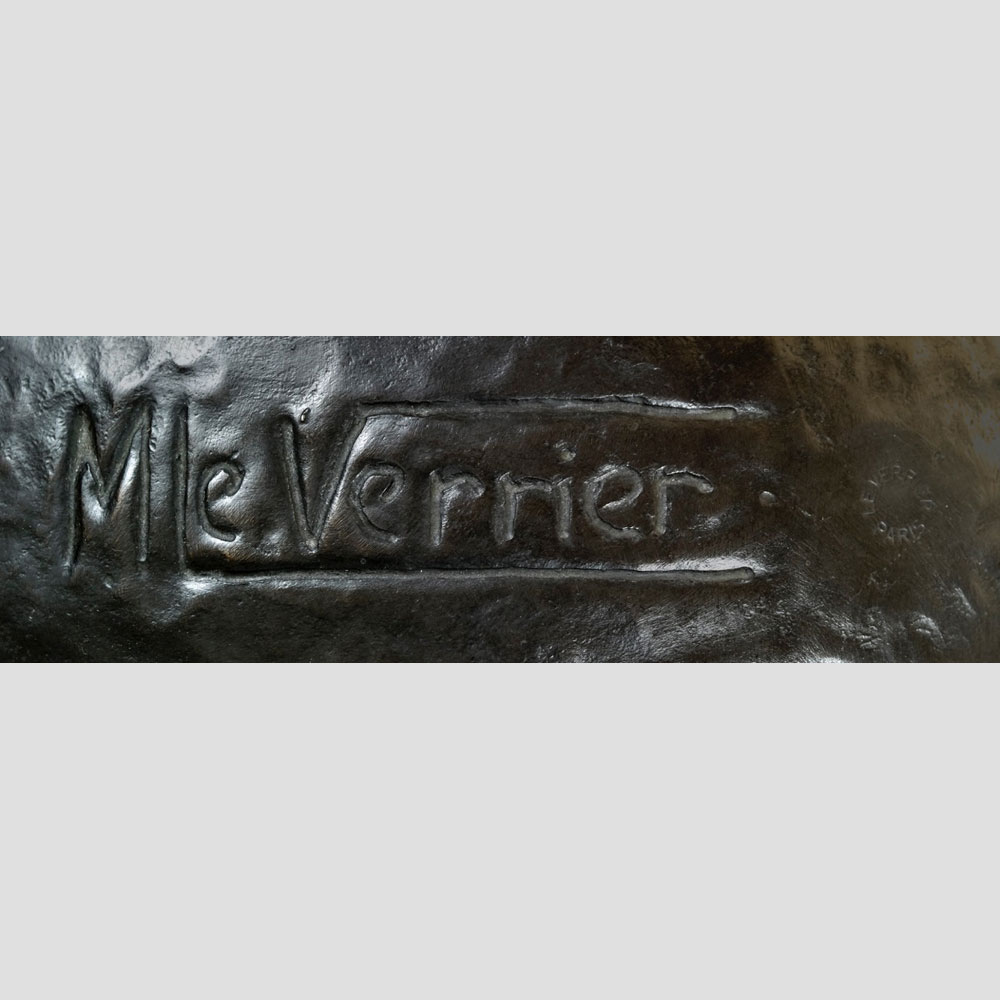 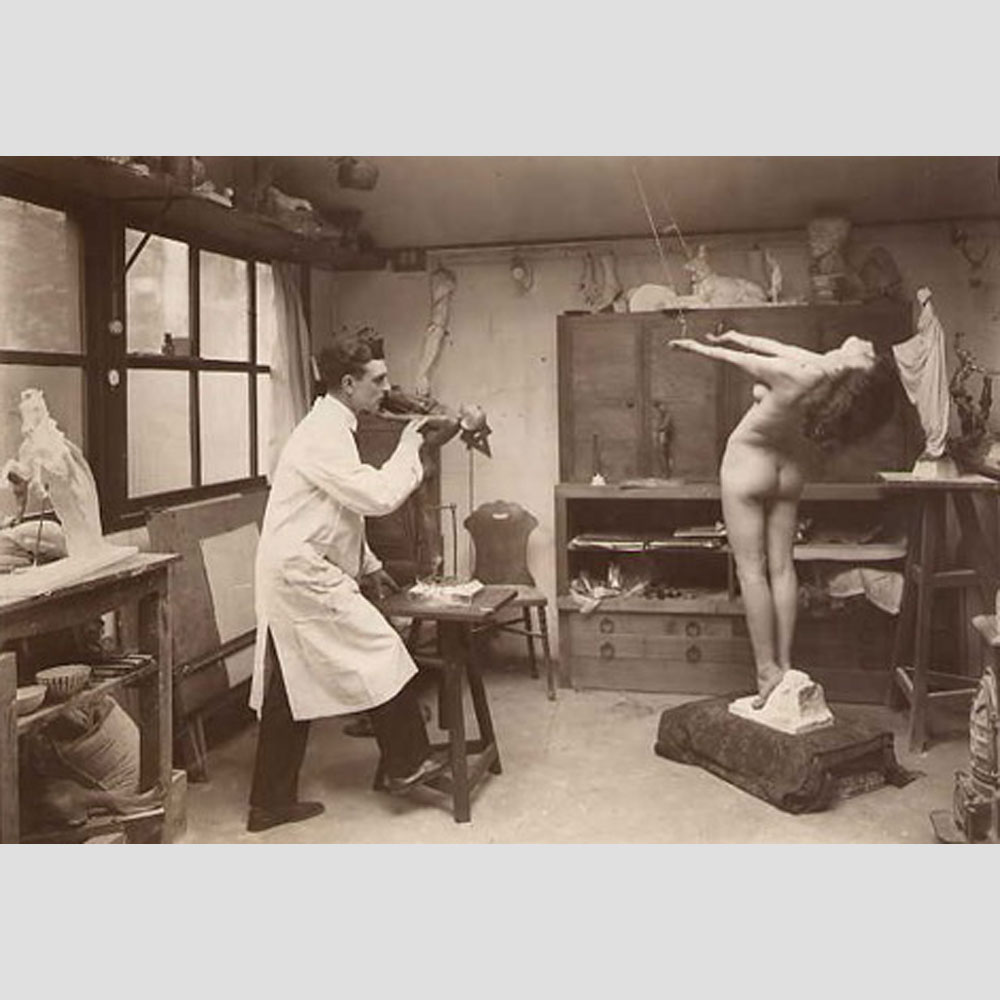 He was a French sculptor best known for his elegant figurative works. Whether representing dancers, animals or lighting fixtures, Le Verrier composed his pieces in an Art Deco style. Born Louis Octave Maxime Le Verrier January 29, 1891 in Neuilly-sur-Seine, the artist was sent to an internment camp in Switzerland during the First World War. Then, he studied at the School of Fine Arts in Geneva, where he made his first statuettes made of terracotta. When he returned to France after the war, Le Verrier opened his own studio. The beginning of the Second World War forced him to flee towards the South. Then he returned to Paris where he lived and worked until his death on June 6 at the age of 82 years. Maison Max Le Verrier carries on the tradition of the artist’s studio in Kremlin Bicêtre.