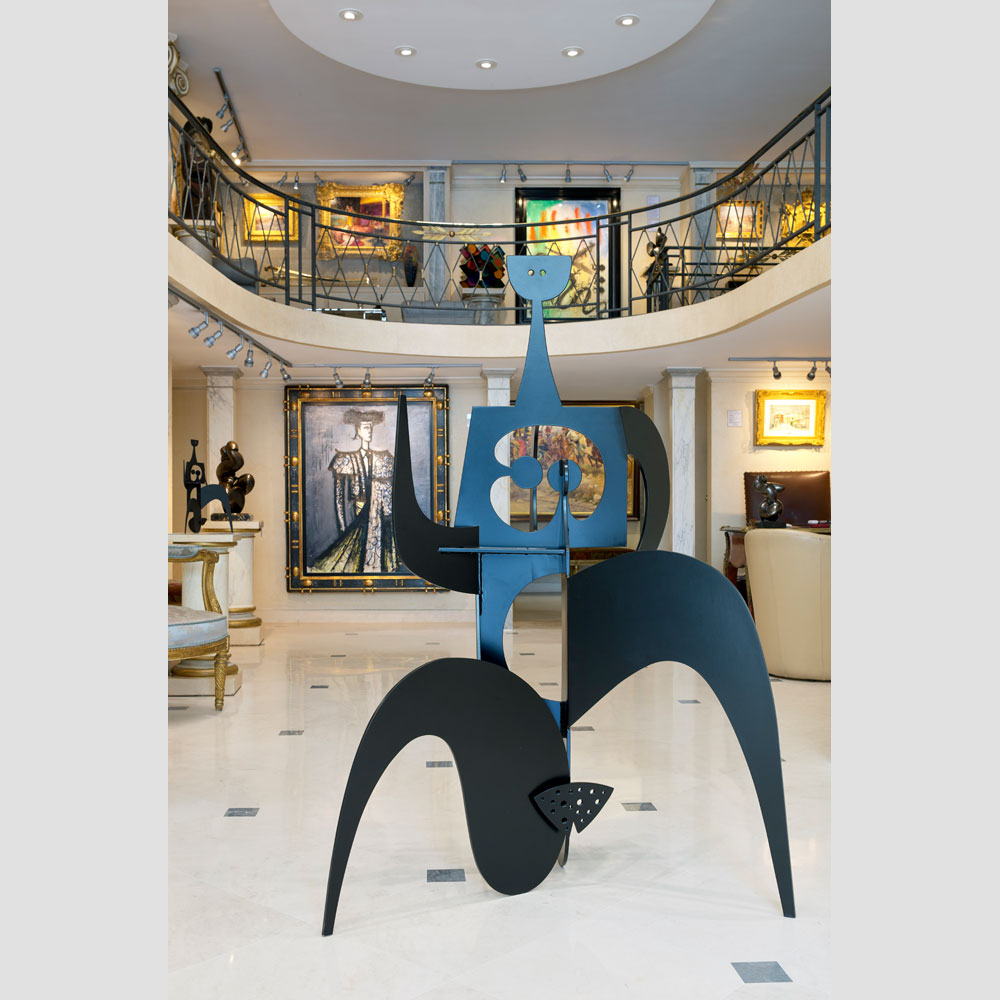 French sculptor, born in 1925 in Paris. He joined the school of fine arts in Paris from 1948 to 1953 and received the prize for criticism in Paris’ Biennale in 1959. He works with the sculptors Jean Tinguely and Germaine Richier, with whom he made pedestal culptures. He exhibited for the first time in 1955 at the Palms Gallery in Paris, then Contemporaries Gallery in New York in 1959, where he met the great names of American art (Leo Castelli, Rauschenberg, James Rosenquist, Jasper Jones, Isamu Noguchi …). The success came quickly and the prestigious museums in New York (MOMA and the Guggenheim) buy some of his works. He exhibited regularly at the Salon de Mai and Young sculpture in Paris.

Starting from 1960, he created furniture. The creation of bronze began around 1980. They were exposed for the first time in 1986 at the Galerie Patrice Trigano in Paris. The sculptures of HIQUILY are characterized by a pervasive eroticism, that translates into a smooth universe filled with elements borrowed from nature (antennas, horns, insect legs …). The search for formal balance is obvious. He works mostly from recyclable materials.