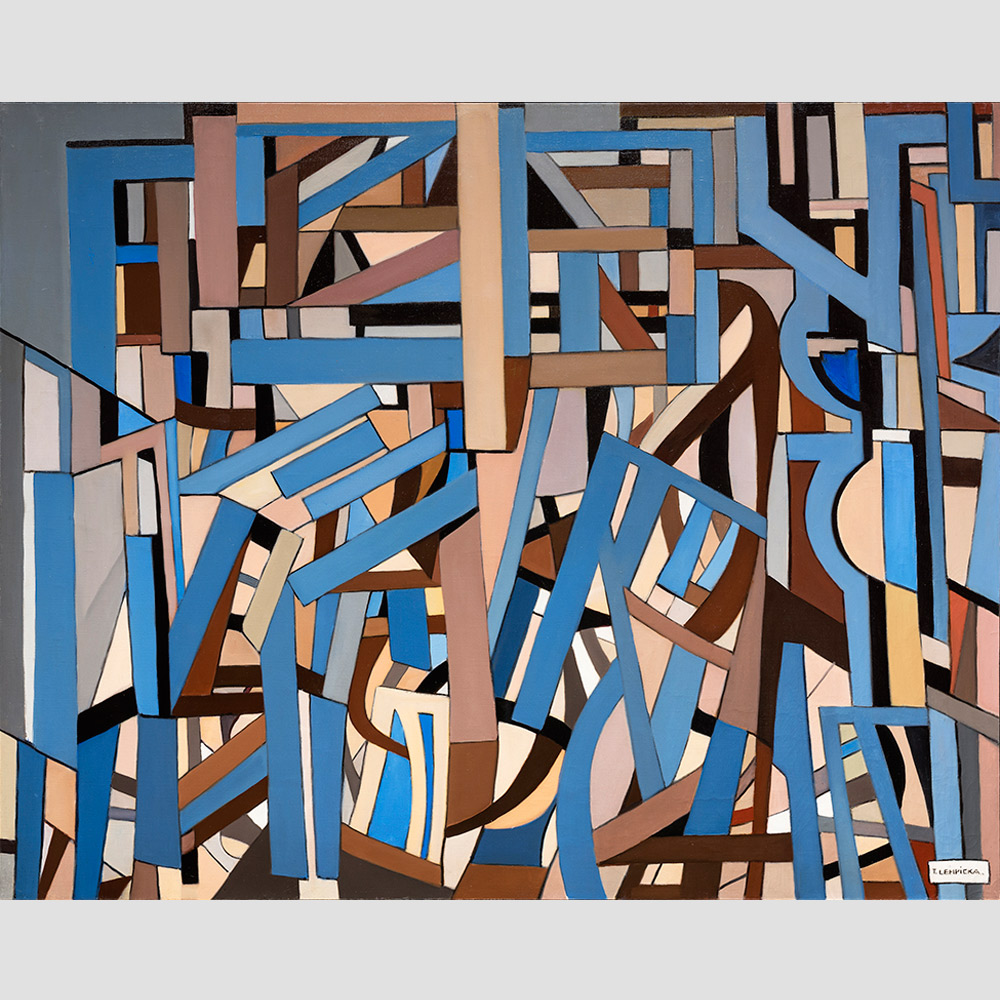 The Polish painter Tamara de Lempicka was born in Warsaw on May 16, 1898. Her actual name was Maria Gorski, she was the daughter of a bourgeois family. She marries the solicitior Tadeusz Lempicki in 1916 and lives with him in St. Petersburg. In 1918 they flee the October Revolution to Paris.  During her adolescence she is taught painting. In Paris she attends the Académie de la Grande Chaumière where she takes classes with Maurice Denis at first and later with André Lhote, who influences her the most. Tamara de Lempicka begins to work as an artist and also exhibits her works. At the same time the Paris art scene offers her the opportunity to get in contact with Paris’s upper class. Up until 1925 she pretends to be a male artist by using the male form of her last name to sign her paintings. Her first one-man show takes place in Milan in 1925. Her painting that captures the “Art déco” atmosphere also catches on in Paris. She makes numerous portraits of members of the upper class and also nude drawings that live up to the erotic desires of those days. Tamara de Lempicka is ambitious and determined to be successful and part of the Parisian high society. Her career reaches its peak at around 1935, however her marriage suffers and breaks, but she soon marries the Hungarian baron Kuffner. Tamara de Lempicka mostly executes portraits and nudes. Her oeuvre comprises very few still lifes, city views or abstract compositions. As of 1935 her paintings become more and more decorative and loose their formal tension and cool erotic appeal. Together with baron Kuffner she emigrates to Beverly Hills in the USA in 1935. Even though Tamara de Lempicka becomes one of Hollywood’s most popular painters, her art looses its persuasive power.
The couple lives in New York as of 1943. She returns to Paris for several short visits after World War II and moves to Houston, Texas after her husband’s death in 1962. This time also marks the beginning of her abstract period. In 1978 she moves to Cuernavca in Mexiko where she dies on March 18, 1980.