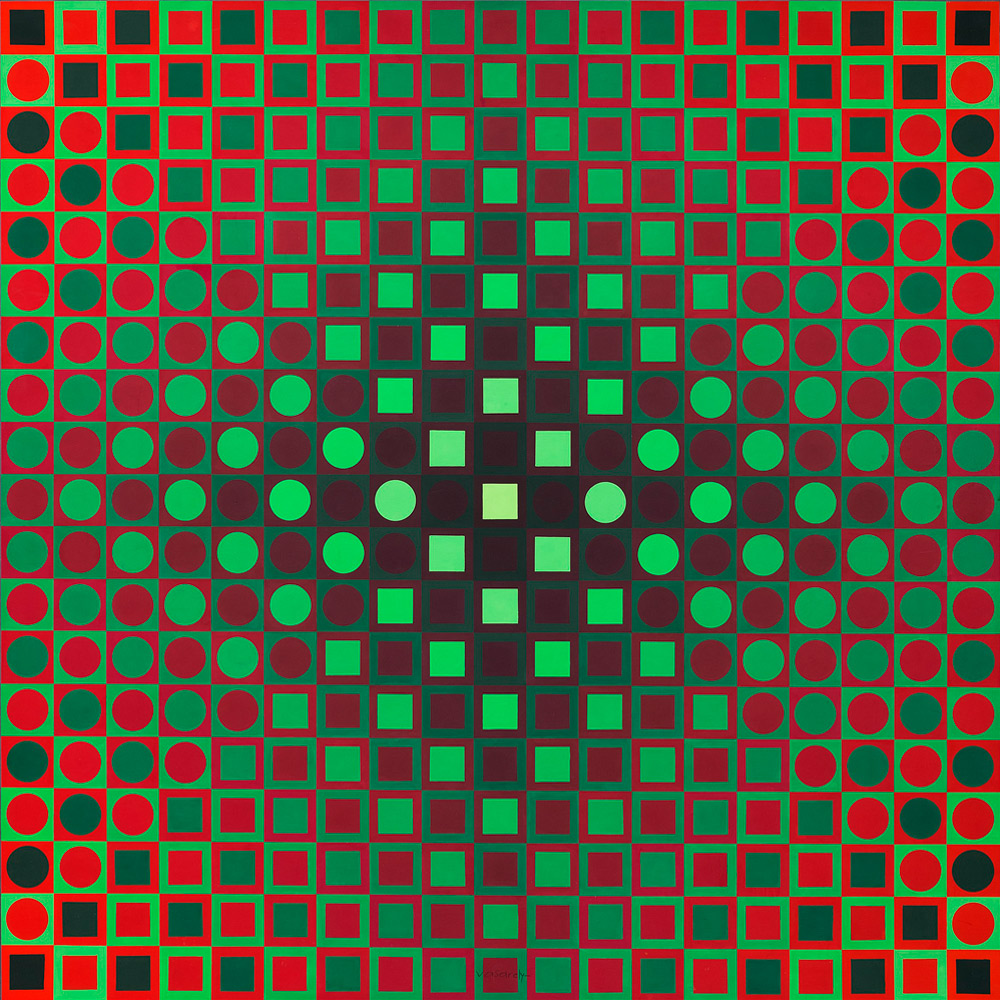 Victor Vasarely, whose original name was Gyözö Vásárhelyi, was born in Pécs, Hungary on 9 April 1908. In 1927 Vasarely began his artistic training at a private drawing school in Budapest. One year later he joined the training centre ‘Mühely’ (German ‘workshop’) which was run by Sándor Bortnyik and taught the ideas of the Bauhaus. After moving to Paris in 1930 Vasarely was successful as a graphic designer and systematically explored the optical and emotional scope of the different graphic techniques. This led to his understanding in 1947 that geometric forms could evoke a sensory perception conveying new ideas of space, matter and energy. He developed his own geometric form of abstraction, which he varied to create different optical patterns with a kinetic effect. The artist makes a grid in which he arranges geometric forms in brilliant colours in such a way that the eye perceives a fluctuating movement. This was a major contribution to the development of Op Art. The decoration of Caracas University in 1954 was the beginning of Vasarely’s active support of art in public spaces. He designed murals of metal and ceramic, mainly for buildings in France. He exhibited works regularly at the documenta in Kassel between 1955 and 1968. The official spiral-shaped logo of the 20th Olympic games in Munich was designed by Vasarely. In 1976 the artist founded the Fondation Vasarely in Aix-en-Provence which supported the creation of an institute for contemporary design and architecture in 1981. The Vasarely Museum in the artist’s birth-town Pécs was opened in 1976, followed by the opening of a second museum in Zichy Palace in Budapest in 1987. Victor Vasarely died in Paris on 15 March 1997. 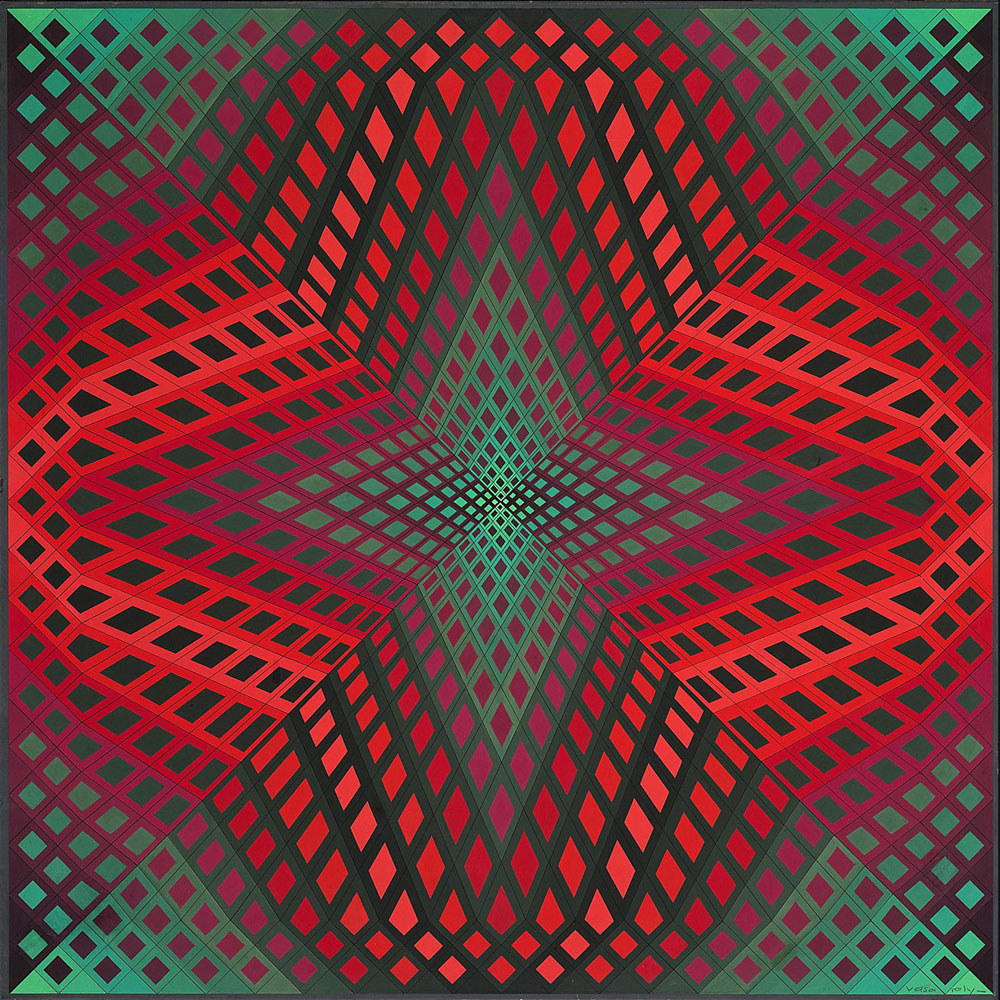 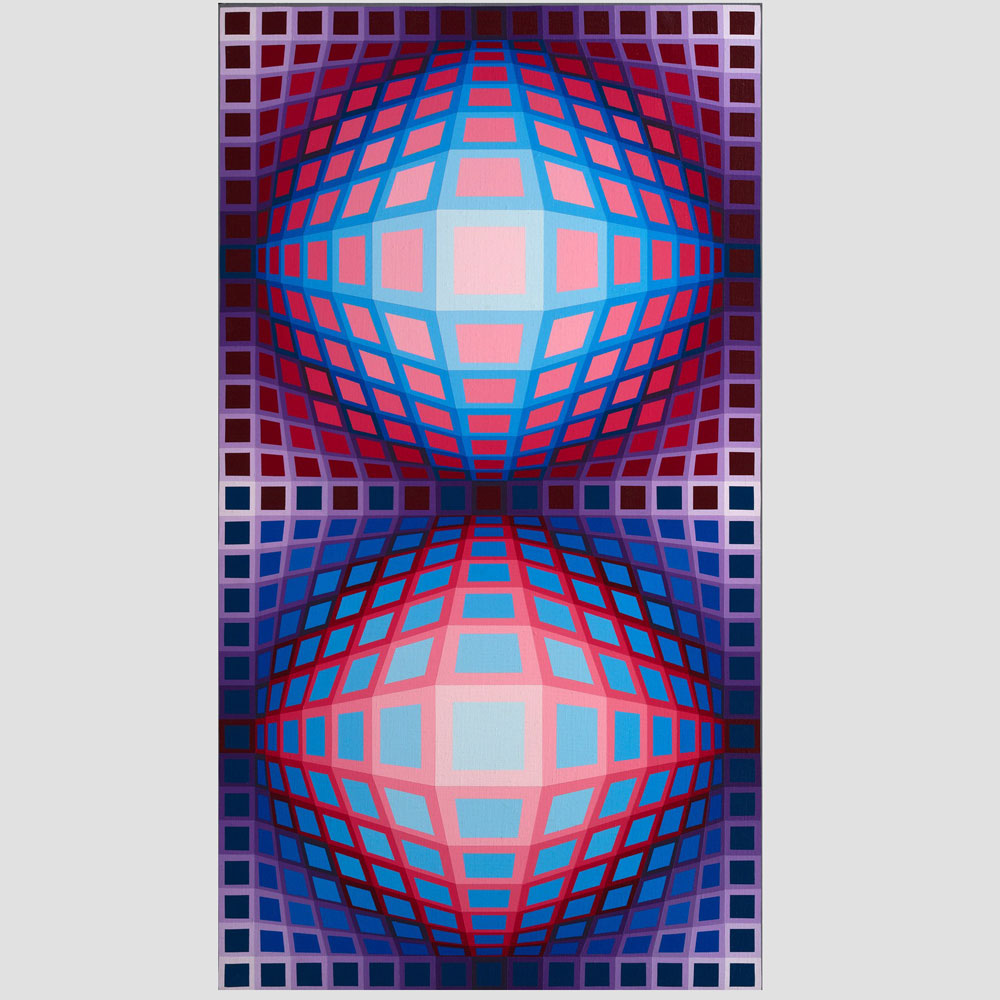 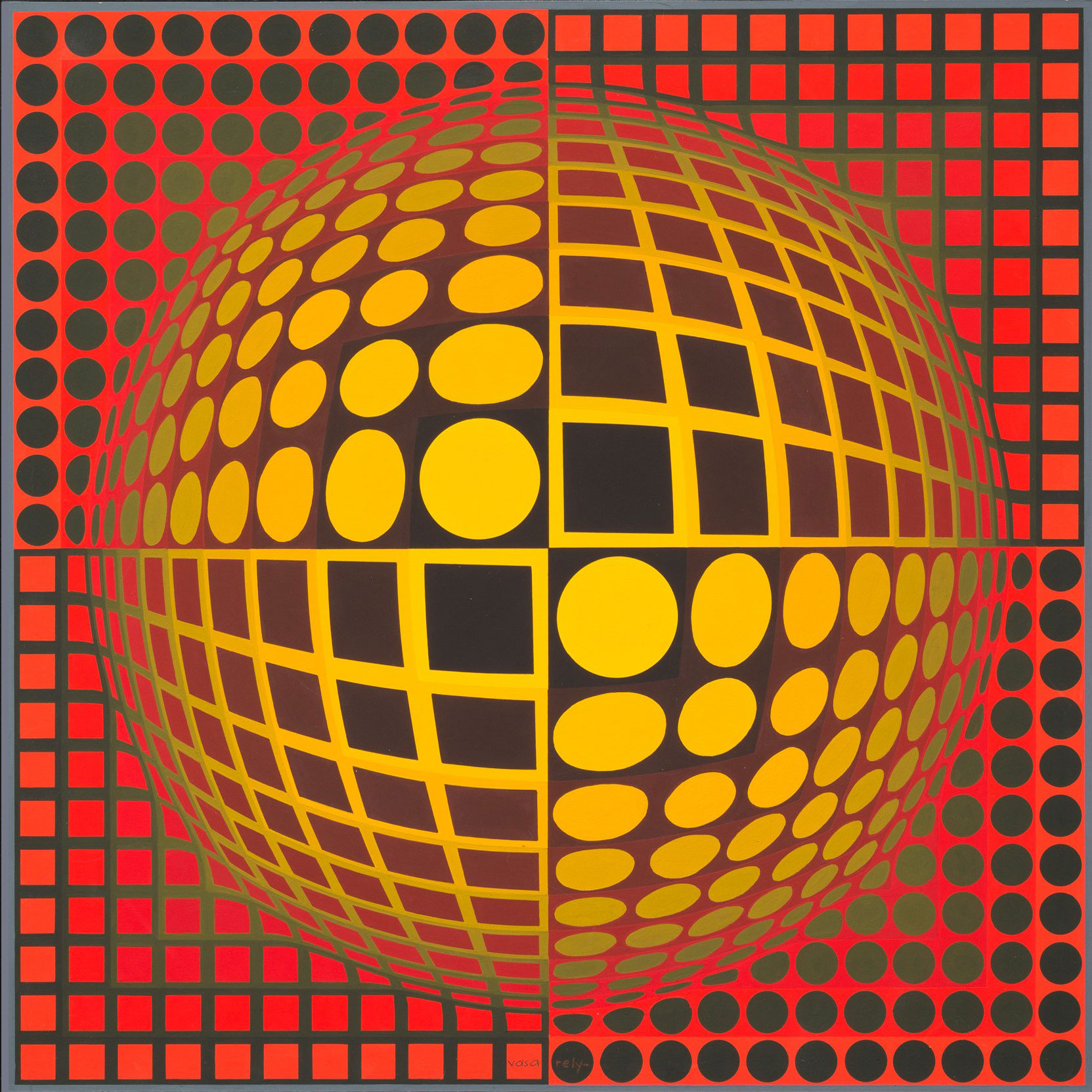 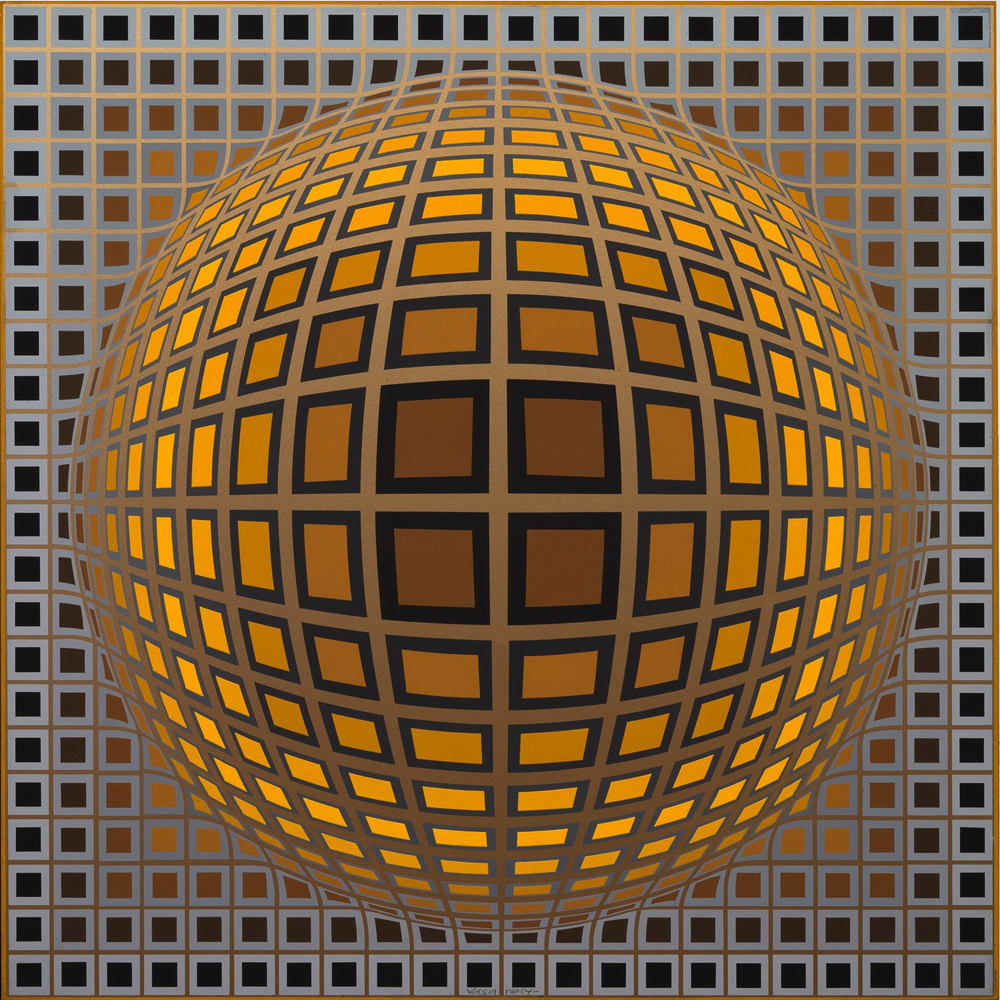 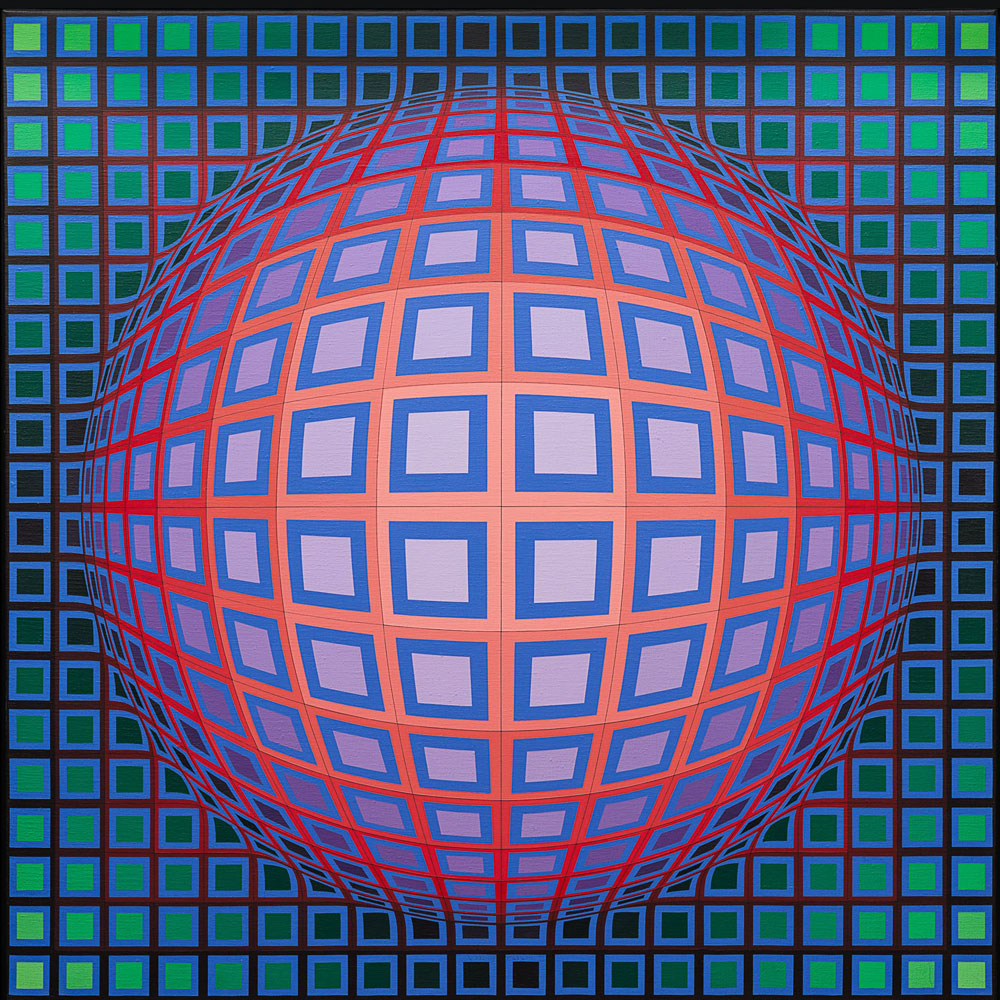 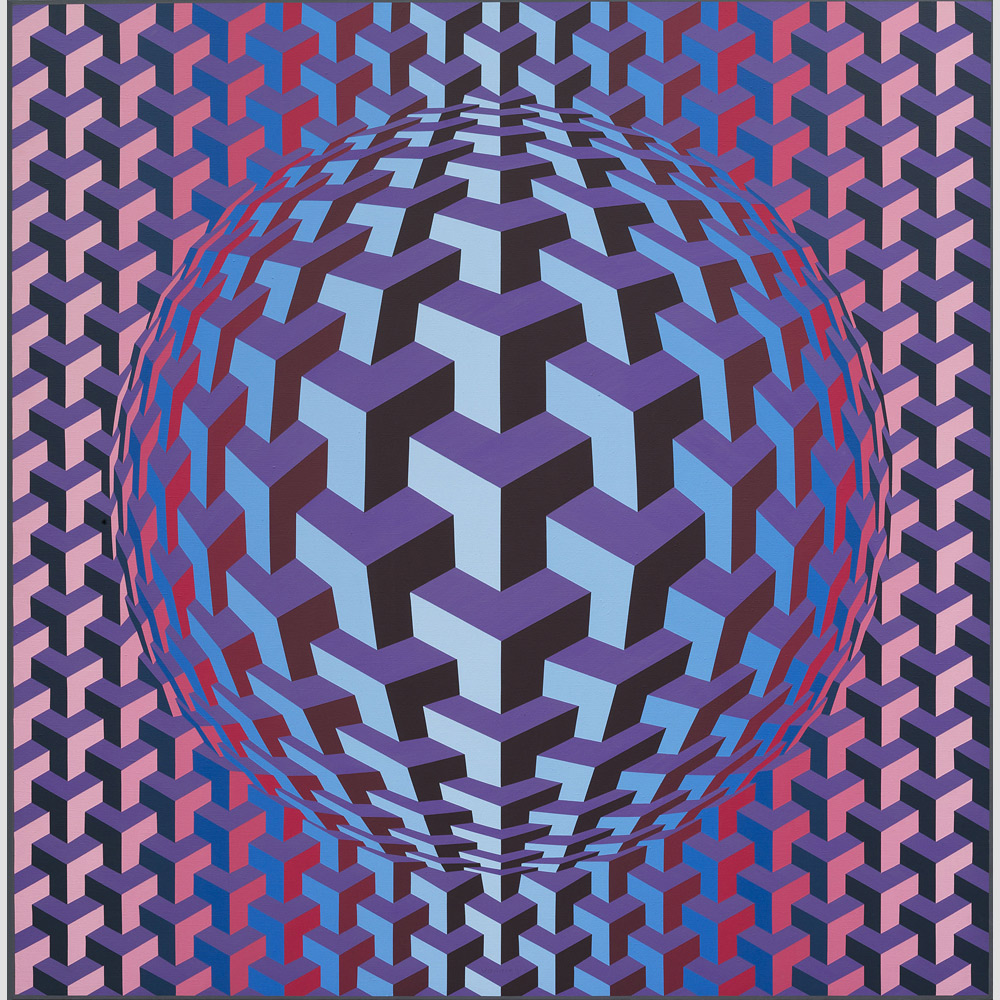 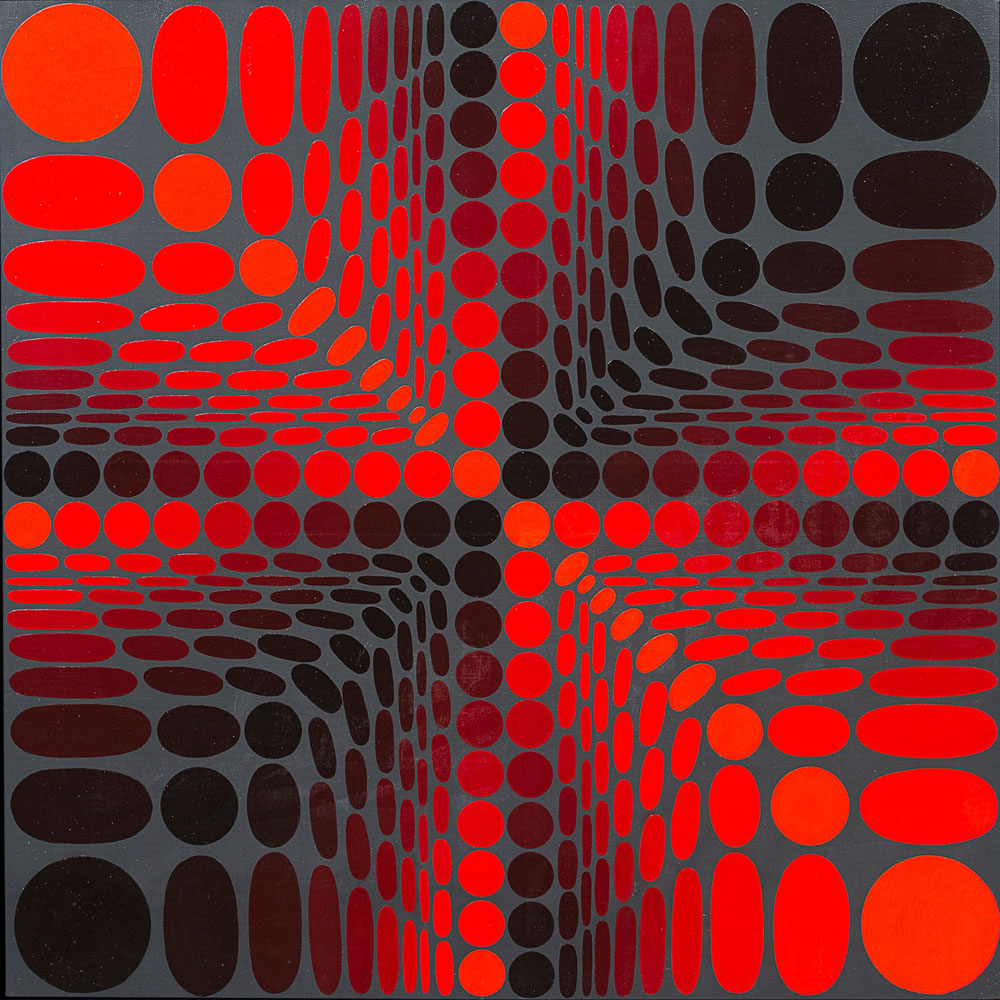 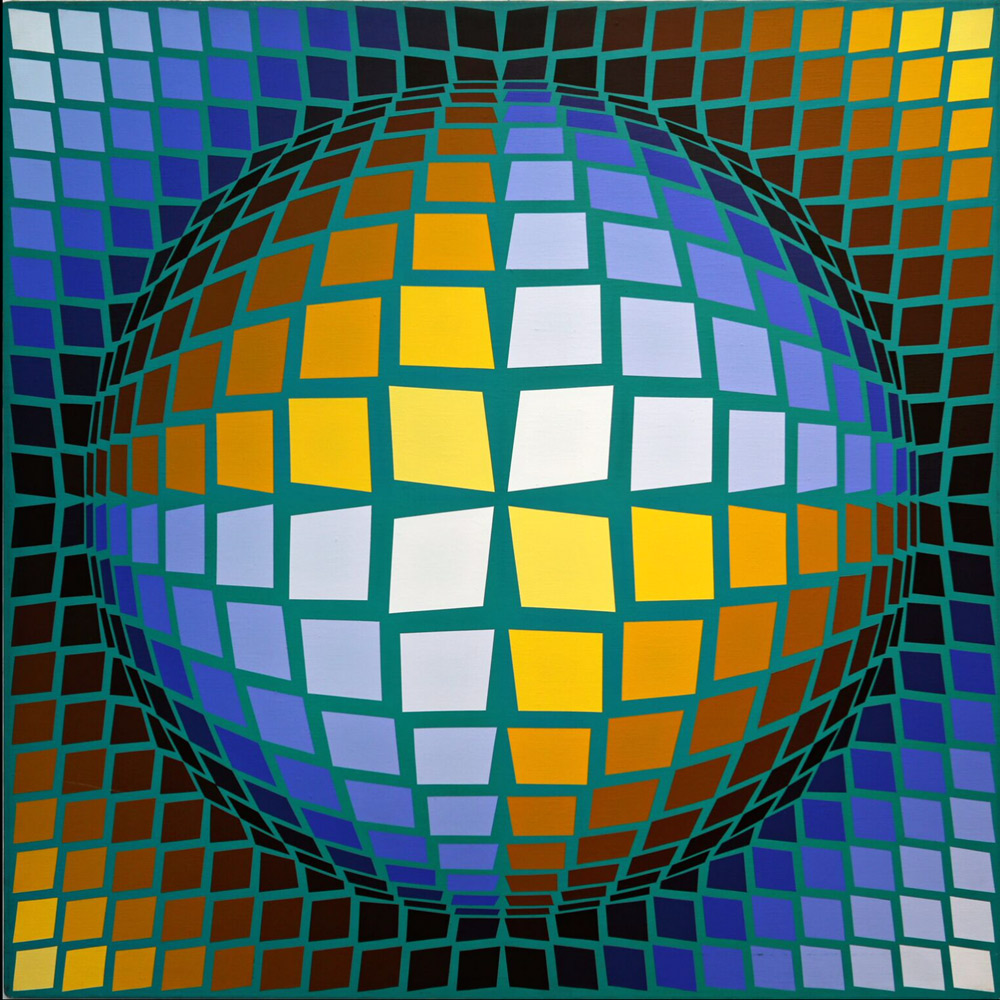 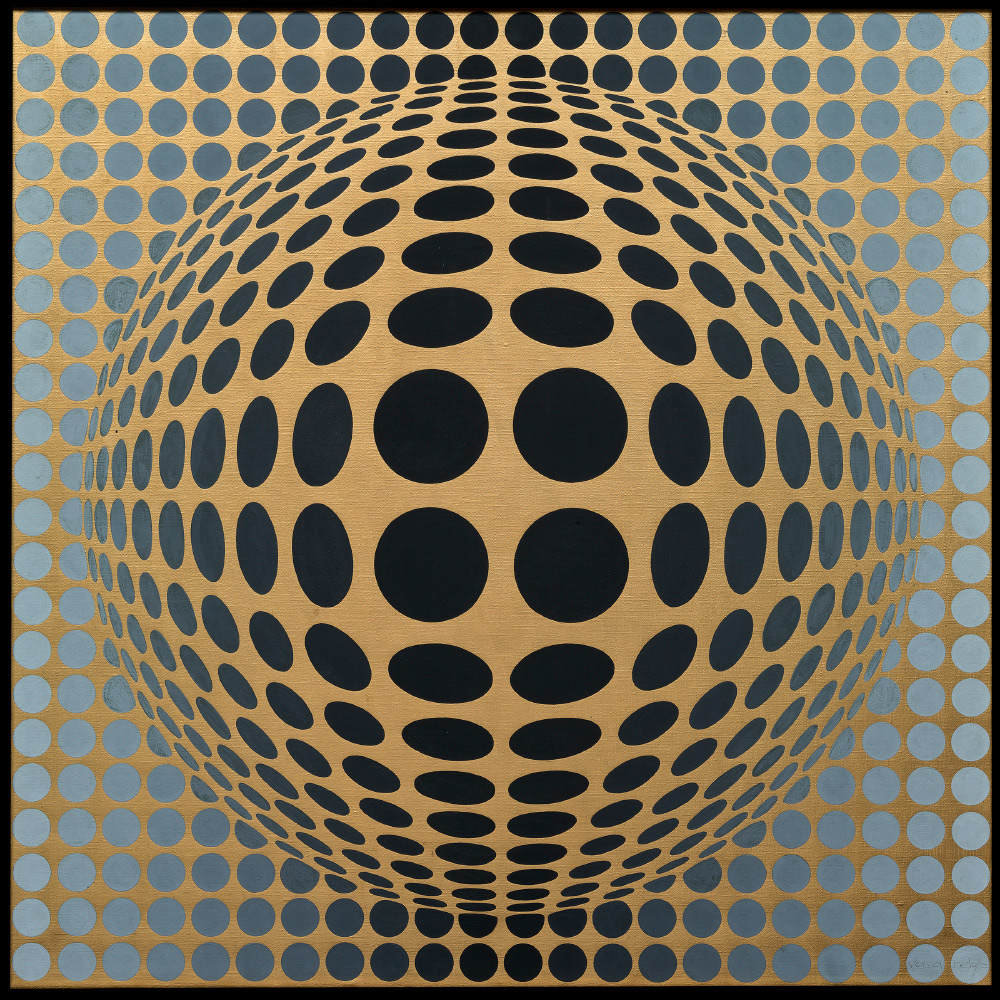 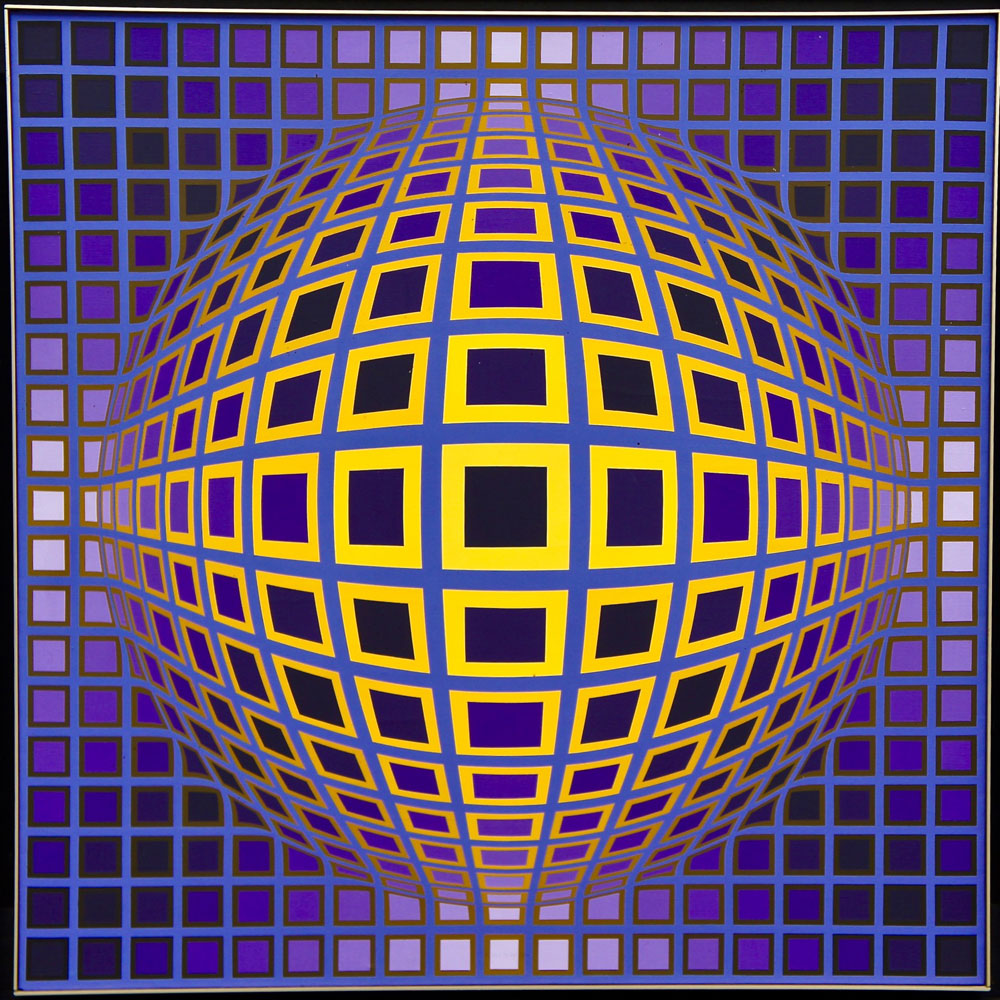 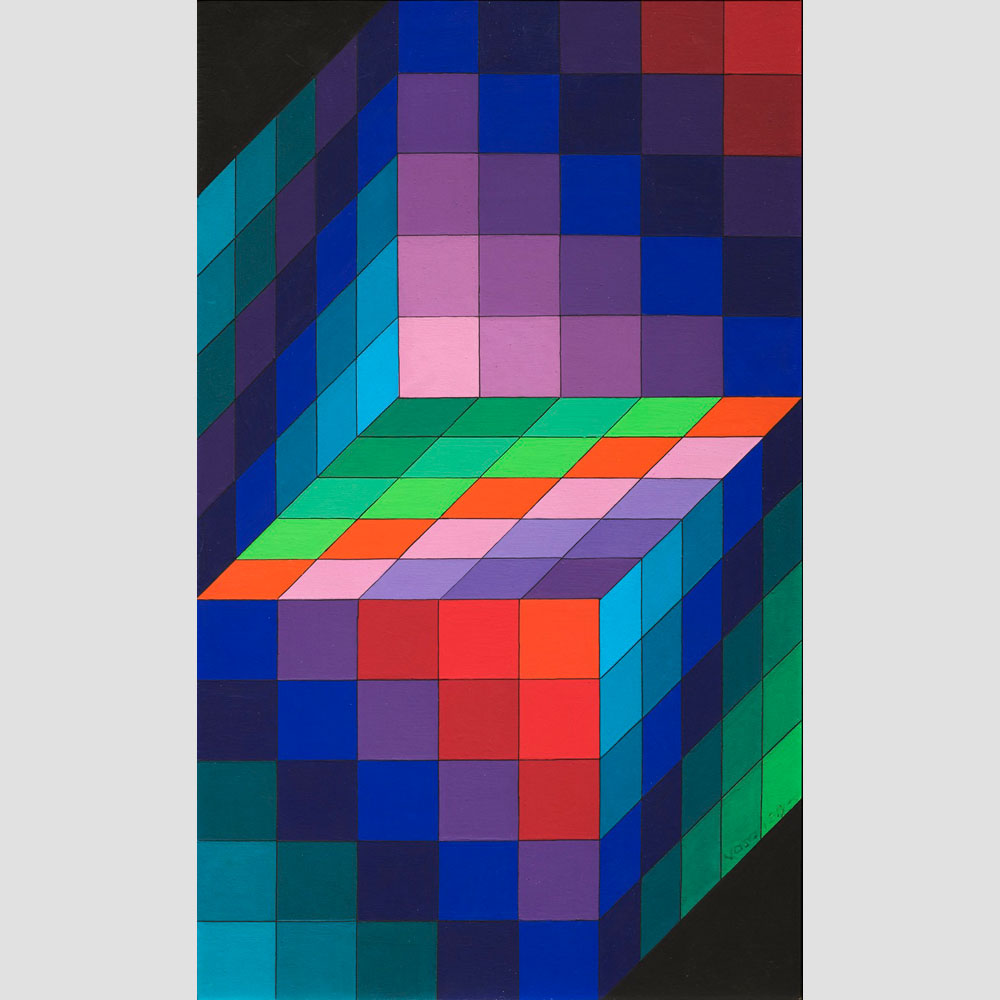 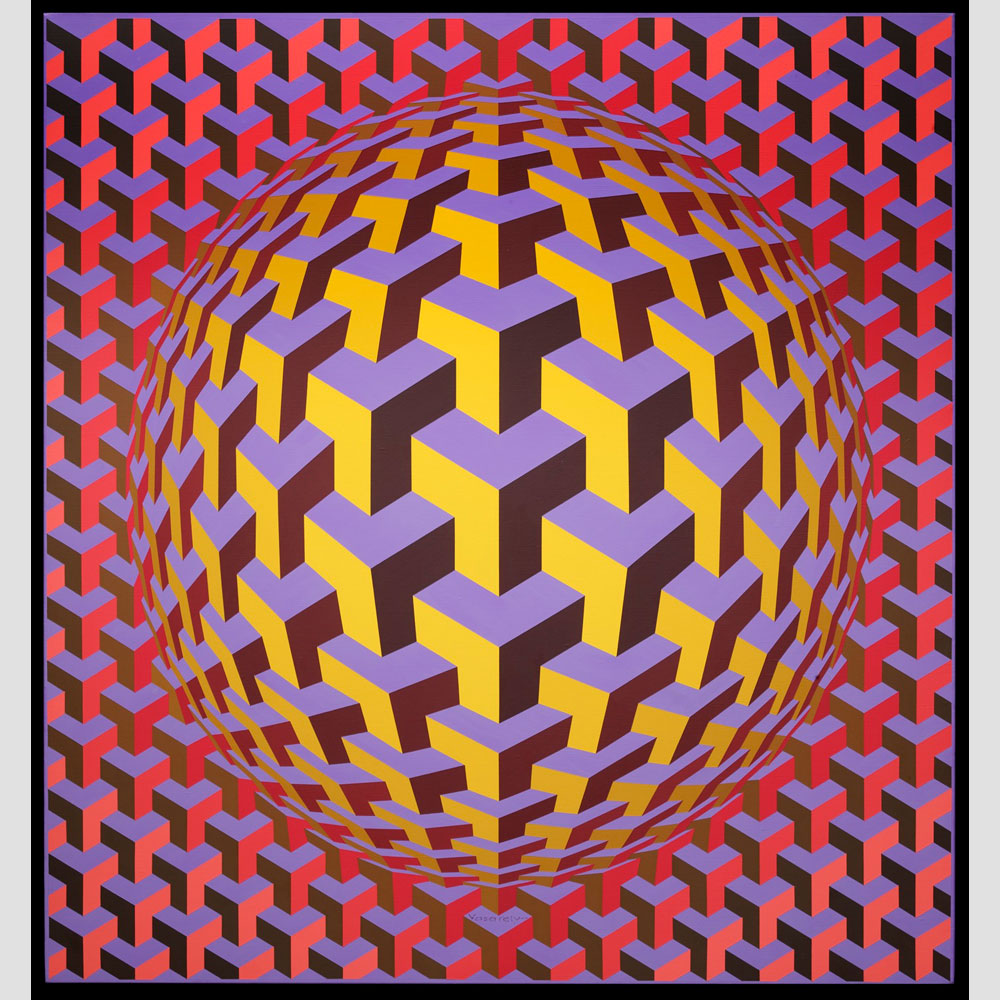