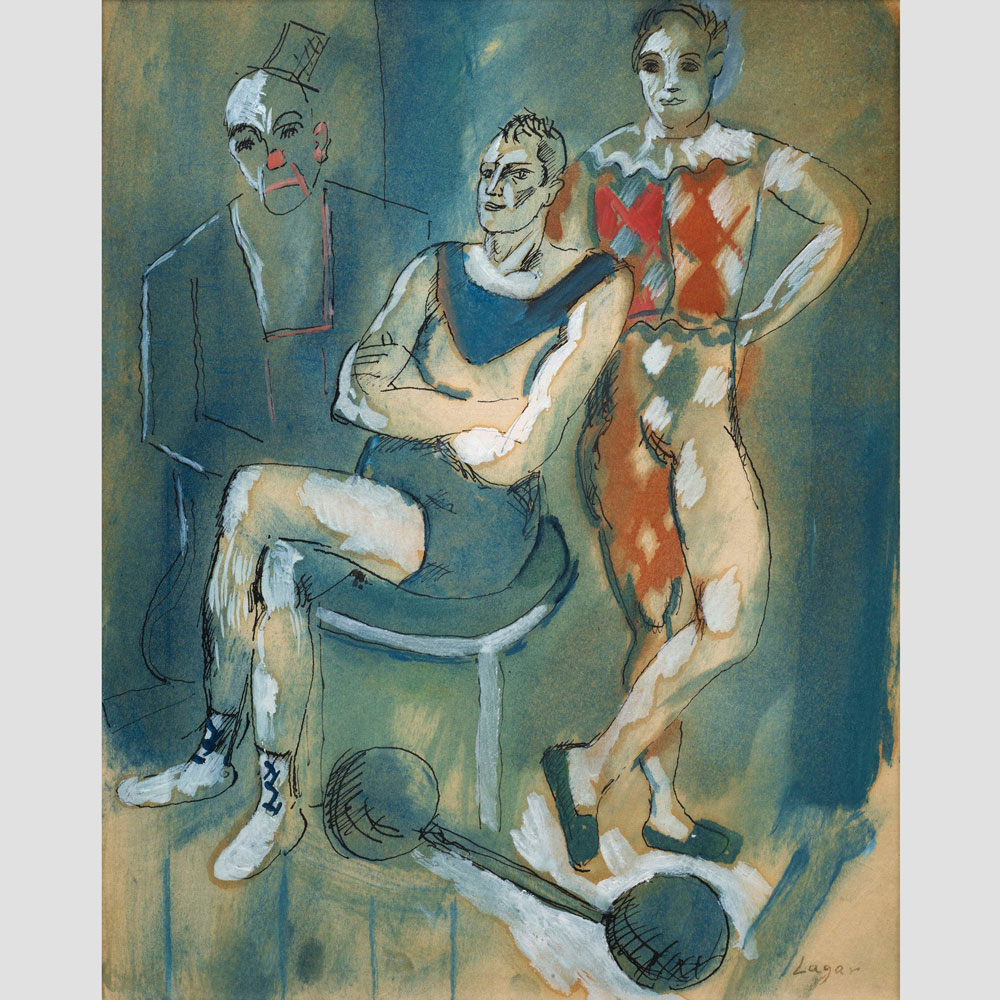 1891 Ciudad-Rodrigo, Salamanque-1966 Séville. Spanish School. Painter, Lithographer and Sculptor. First pupil of his father woodcarver, from the youngest age, he joined the School of Fine Arts in Madrid in the studio of sculptor Blay. In Paris in 1911, he painted. Set in France, this artist also exhibited in Spain. He also owed views of ports and seascapes, but he was especially interested in describing the colorful life of fairgrounds. He is one of the founders of the Salon des Sur-Independents. He stopped painting in 1955. The Musée Eugène Boudin kept some of him masterpieces : “Honfleur, the quay of the Town Hall” and “The caravans in front of the chapel of the hospital”.