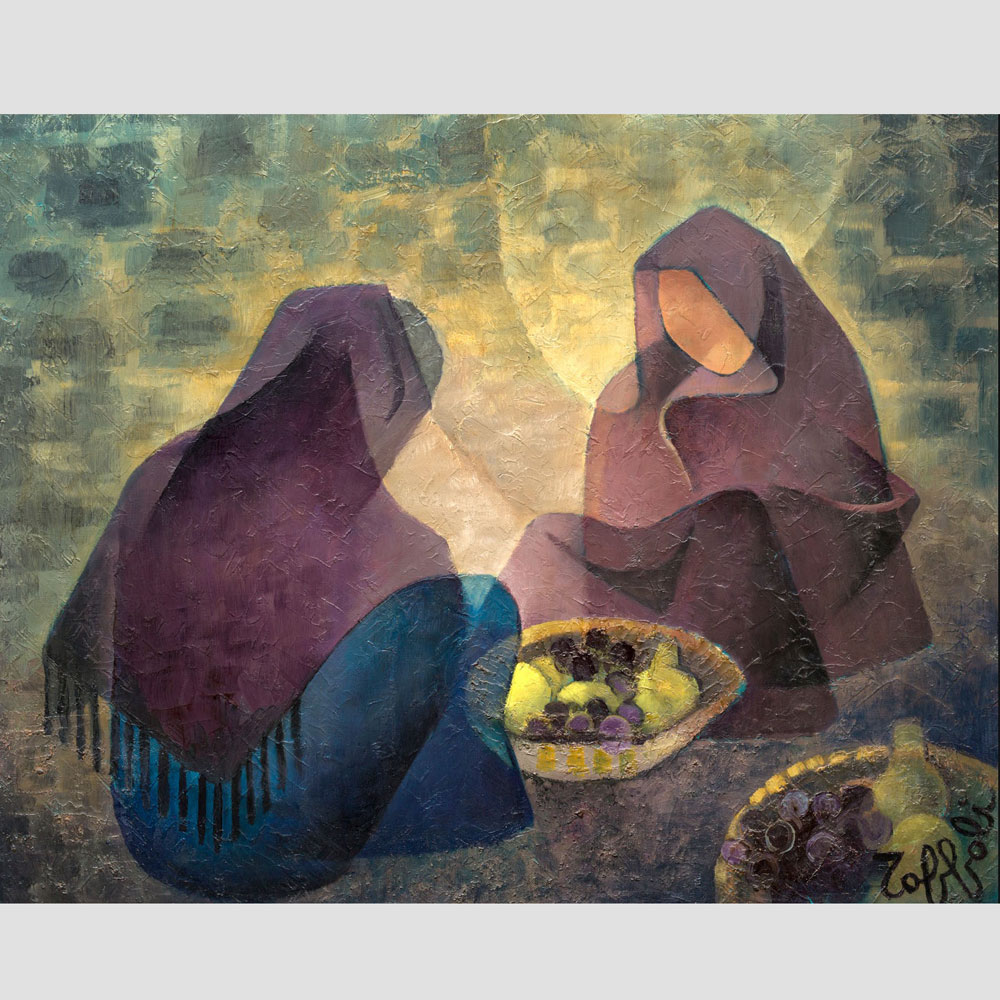 Born October 16, 1907 in Trieste, 20th century, Italian. He was a pupil of the Naval Academy and the School of Fine Arts in Trieste. At the age of 24, he came to Paris, where he was a student of Orthon Friesz and Marc-Avoy at the Académie de la Grande Chaumière, and also at the Academy of André Lhote. He participated in various Parisian salons, was featured in the furniture exhibition paintings at the Center Georges Pompidou in Paris in 1977. He showed numerous private exhibitions in France, especially in Paris, New York and Canada. He painted port landscapes and especially compositions with characters, in a postcubic construction, in a light of darkness with degraded colors. His style is characterized by the superimposed planes that he treats in transparency. As a great traveler, Toffoli traveled and painted all around the Mediterranean, as well as Mexico, Brazil and the Far East. In 1996, Louis Toffoli was decorated with the knight medal of the Order of Merit of the Italian Republic. Louis Toffoli devoted himself exclusively to painting. Many special exhibitions were organized around the world. Several films and TV shows were made around his work. The Toffoli museum was inaugurated in 1995 in Charenton-le-Pont. Louis Toffoli donated to the city about a hundred works. Many museums in particular in Germany, Brazil, Spain, Holland, Israel, Italy, Morocco, Portugal, Sweden, United States … own works of the painter. Many books are dedicated to him.