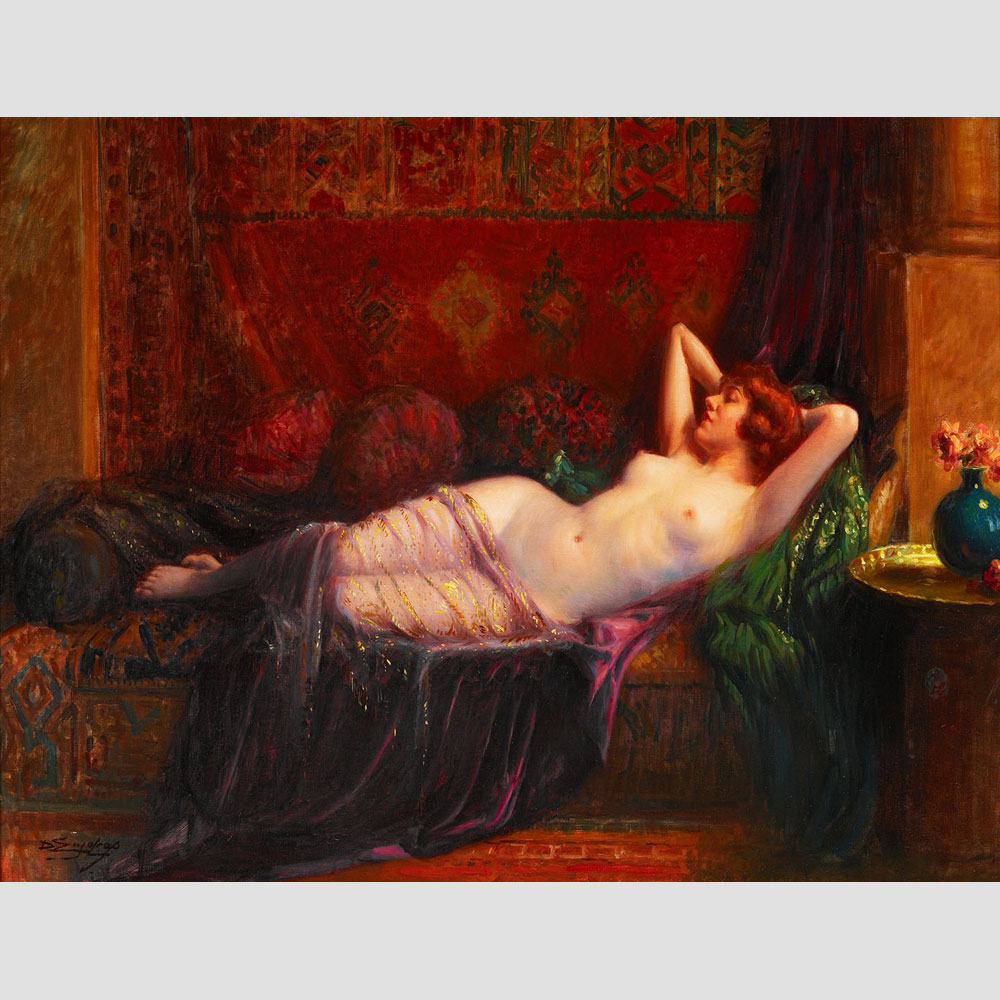 Delphin Enjolras, the French genre and portrait painter, was born on May 13, 1865 at Coucouran in the Ardeche. He was a pupil of Jean Leon Gerome at the Ecole des Beaux-Arts in Paris and also studied under Pascal Dagnan-Bouveret and G.C.E. Courtois. Enjolras made his debut at the Societe des Artistes Francais in 1889 with an oil painting and continued to exhibit there until 1909. He began to work in Pastel about 1900 and became a popular society portraitist in this medium. Enjolras is also known for his nude studies and decorative compositions of young women. Occasionally he departed from portraiture and painted city scenes.