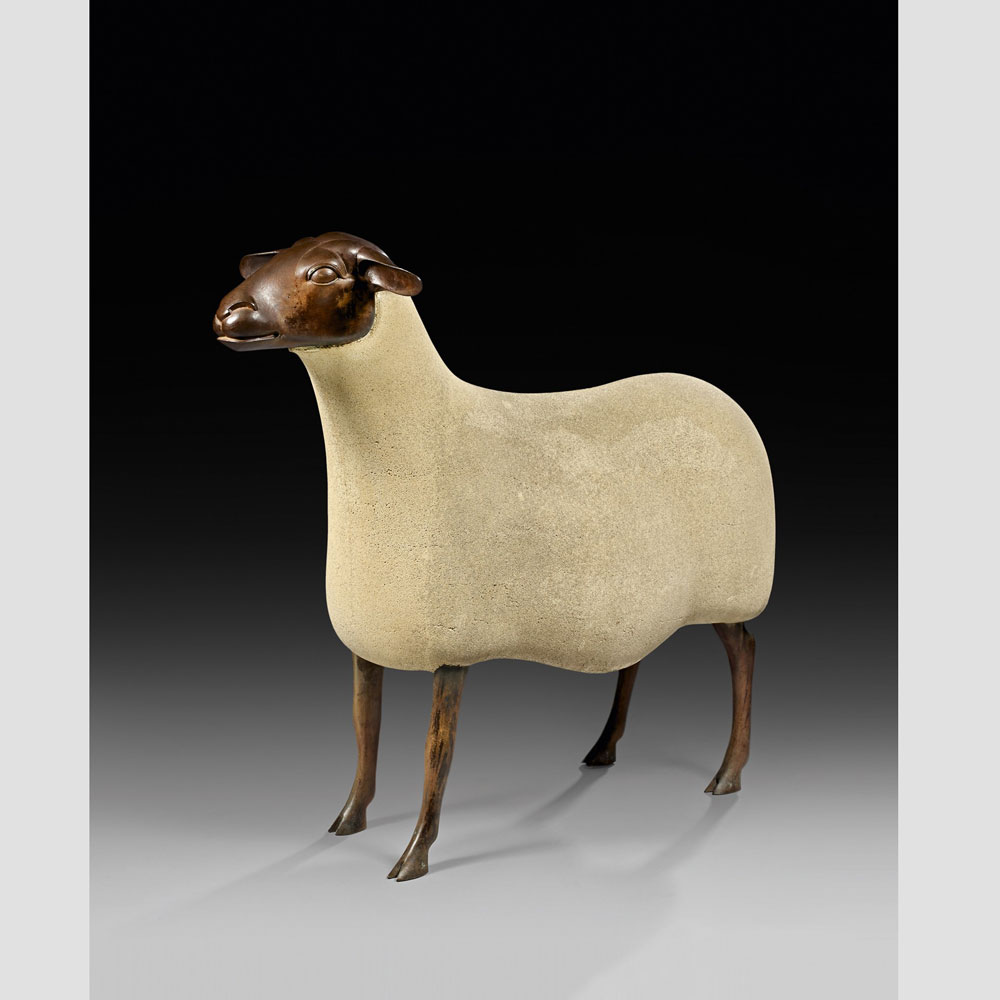 French sculptor and installation artist. His work is characterized by its frequent use of animal imagery, which he often incorporated into unique furniture pieces such as a realist gazelle table or a ram dresser. Born on August 27, 1908 in Agen, France, he studied art at the Académie Julian in Paris. While in the city, he was introduced to many Surrealists, such as Man Ray, Max Ernst, and Marcel Duchamp. In 1956, at his first gallery show, Lalanne met an artist of the same last name, Claude Lalanne. After the two married, they began to collaborate as Les Lalanne, receiving early commissions from the fashion designer Yves Saint Laurent. The first public showing of their work included Rhinocrétaire (1967), a glamorous bronze rhinoceros writing desk. He died on December 7, 2008 in Ury, France, and in 2013, Claude was commissioned by Michael Shvo to install a piece at a former Getty gas station in Chelsea, New York, turning it into a pasture populated by Francois Xavier’s sheep.