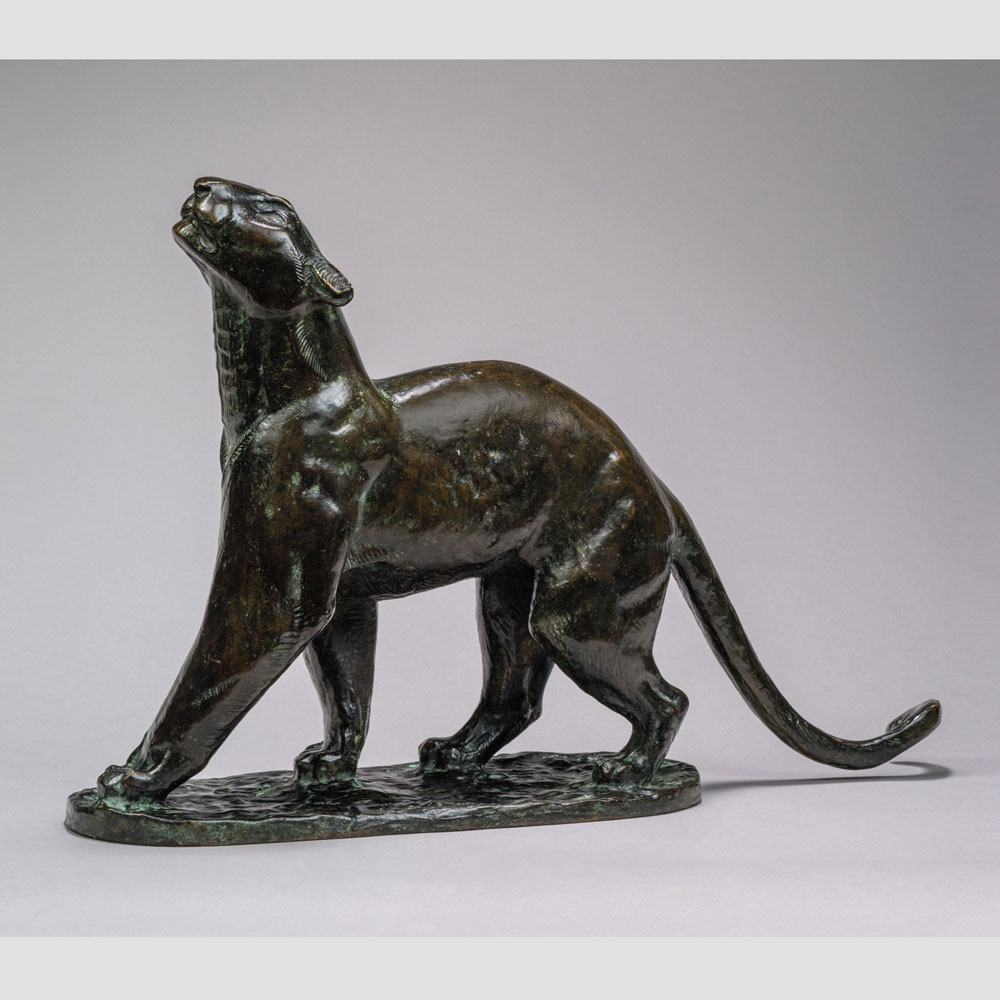 Georges Lucien Guyot, born December 10, 1885 in Paris. Died in 1973. 20th century. French. Painter and animal sculptor. Engraver and illustrator. He was a student of Beaux-Arts in Rouen. He exhibited in Paris, first at the Salon des Artistes Français, then at the Salon des Indépendants d’Automne. He was invited to the Salon des Tuileries and appeared at Salon des Peintres Témoins de leur Temps. In 1943, the Salon des Indépendants devoted an overall exhibition to him. He worked at the “Bateau-Lavoir” on Rue Ravignan for fifty-two years, until the fire  destroyed his place. He waited eighty-five years, in 1970, to see the first exhibition of his works. Painter, he was not limited to animals. He worked during his young age on landscapes of the Rouen region, then views of the Ile de France and Montmartre where he lived. He illustrated De Goupil to Louis Margot by Louis Pergaud, and The Book of Beasts called savage André Demaison. At Vincennes Zoo is exposed to him a Bear. All his life he leaned over the study of animals, whose moving psychology he knew how to understand. (Ref Benezit)