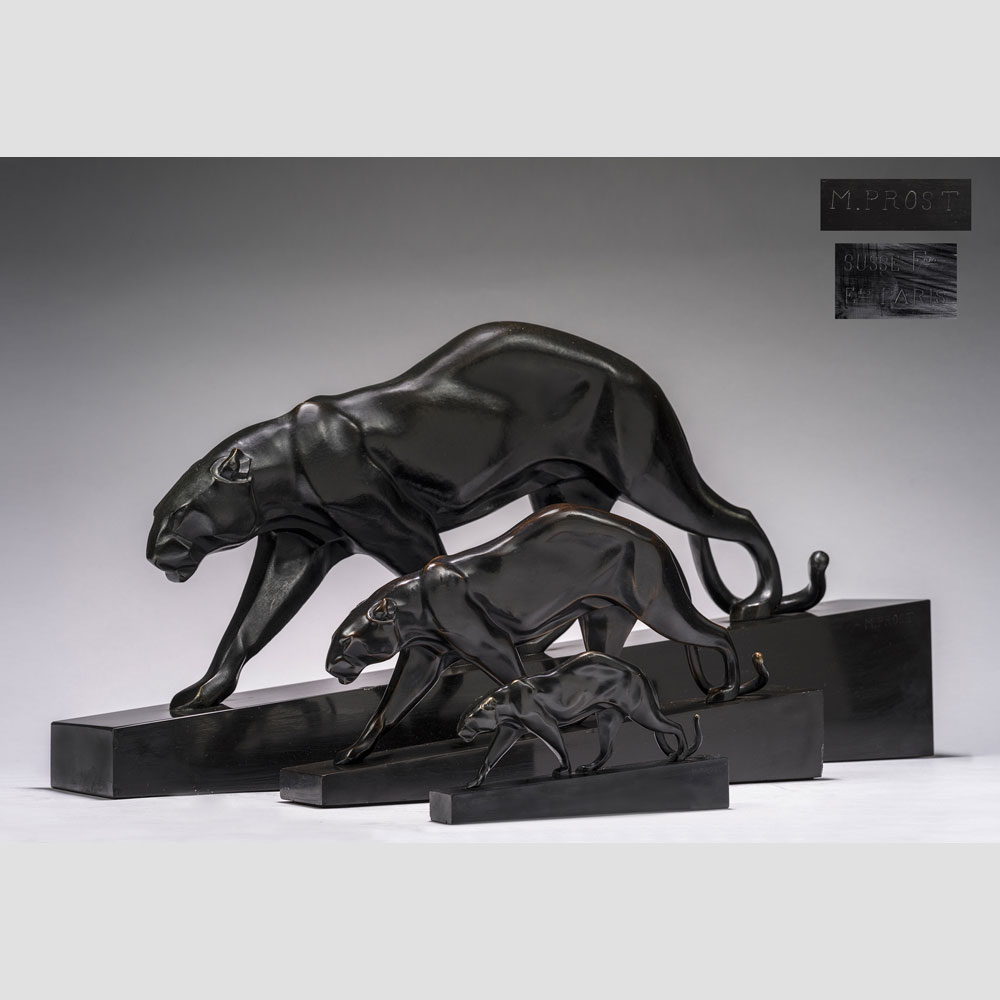 Born March 13, 1894 in Paris. Died in 1967. Twentieth century. French. Animal sculptor. Student of Charles VALTON. He exhibited in Paris, at the Salon des Artistes Français where he obtained an honorable mention in 1922, a silver medal in 1936 and a gold medal in 1963. He is decorated with the Legion of Honor in 1933. Maurice Prost could have been simply a talented animal artist, like his friends with whom he shared the passion of his art and animals. But Prost is remarkable for his work and his life. While the fate has just hit him (he is amputated an arm in the first months of the war of 1914), he abandons his craft jewelry carver and opts for his passion, animal sculpture. He will be a sculptor, a sculptor in direct carving, the hardest of the crafts. This choice is surprising given his disability, but revealing a will and courage that characterize throughout his life. From 1919 to 1945, Prost realized most of his creations, often very original. Artist recognized by the public, critics and his peers, he has received during his career the highest distinctions, he left a work, which, by its diversity illustrates one of the richest eras of the twentieth century.