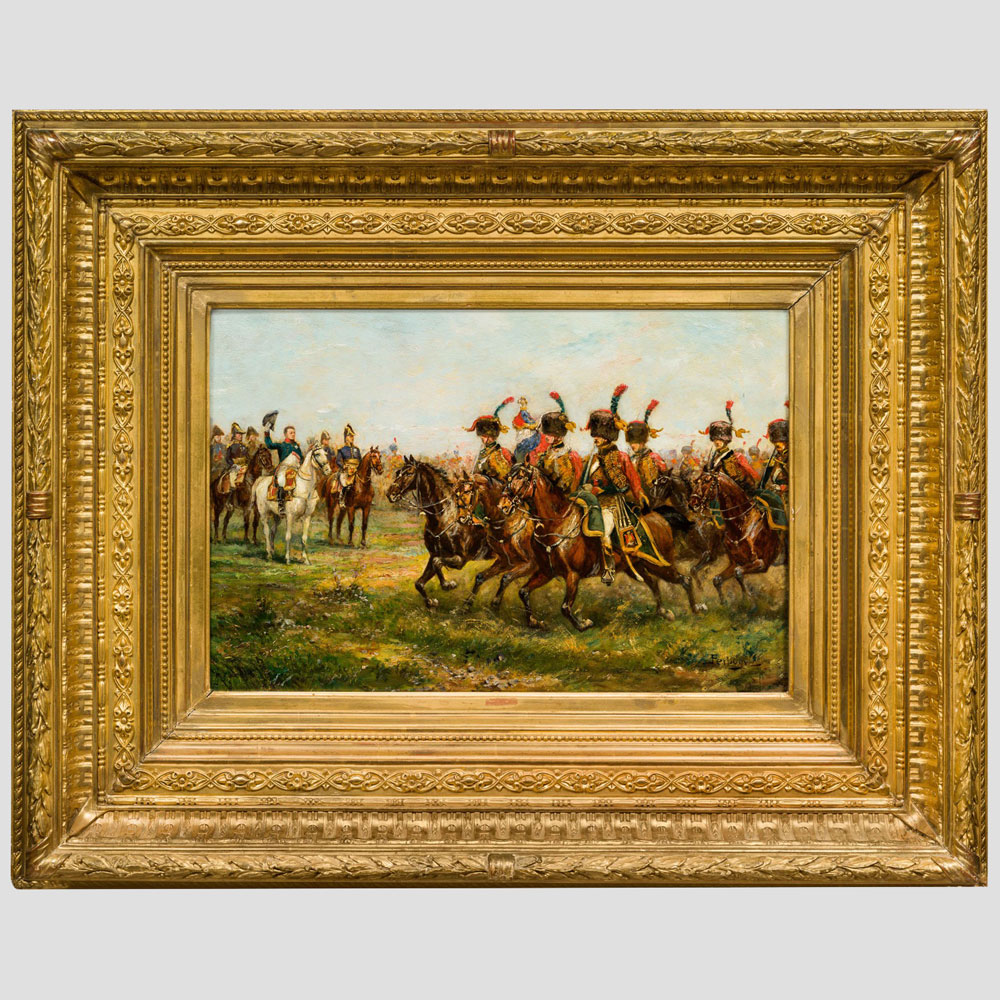 Painter of battles, born in Horbourg near Colmar in 1826, died in 1914. Painter of history, battles. He was a pupil of Leon Bonnat. He exhibited in Paris at the Salon of French Artists, which he became a member in 1909. He obtained an honorable mention in 1908. Perboyre is well known for his many battle scenes, notably Napoleonic, which he specialized in. He knew with his classic style but never fixed, exalt the patriotic feeling through the glory of the Emperor. The battles, the magazines, the portraits of Napoleon and his principal marshals and generals are part of his corpus. He also knew, with great finesse, to paint genre scenes, thus making himself a wonderful witness of his time and Parisian life at the turn of the 20th century. His paintings are now in many private collections institutions around the world.