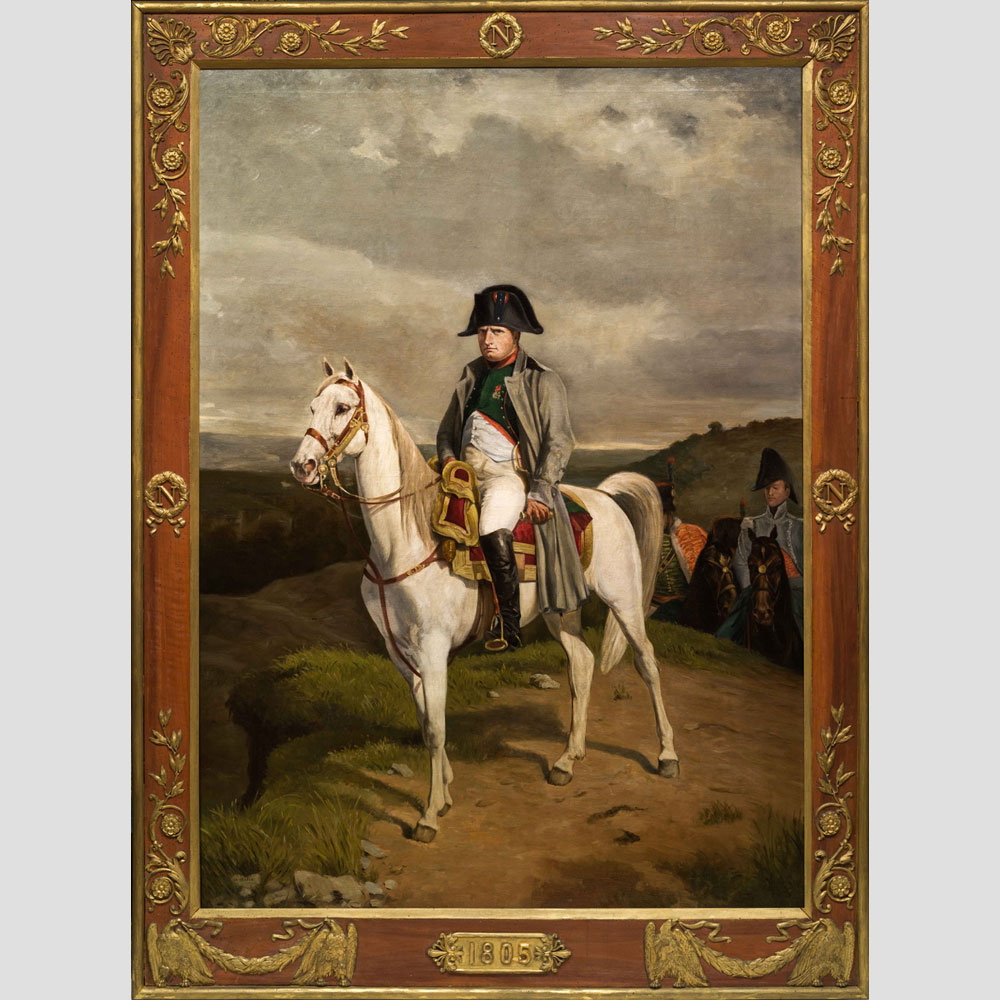 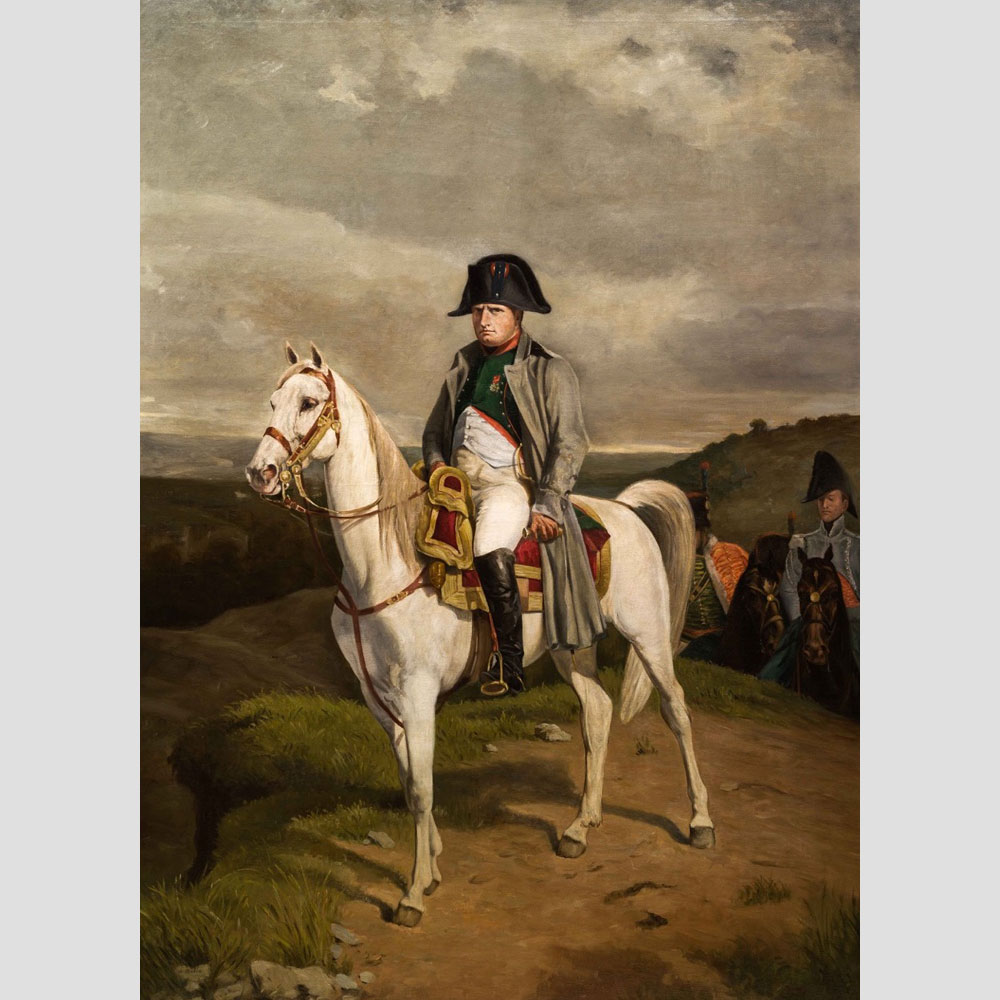 This very rich and colourful painting depicts the Emperor Napoleon Ist and his Staff, while the Grand Army moved to Vienna in a forced march. Sumptuous frame decorated with four Imperial Eagles and three N laureates. The date 1805 is written in a cartouche at the bottom in the center. This painting is signed by Charles MOLIN, an active painter in the 19th century.